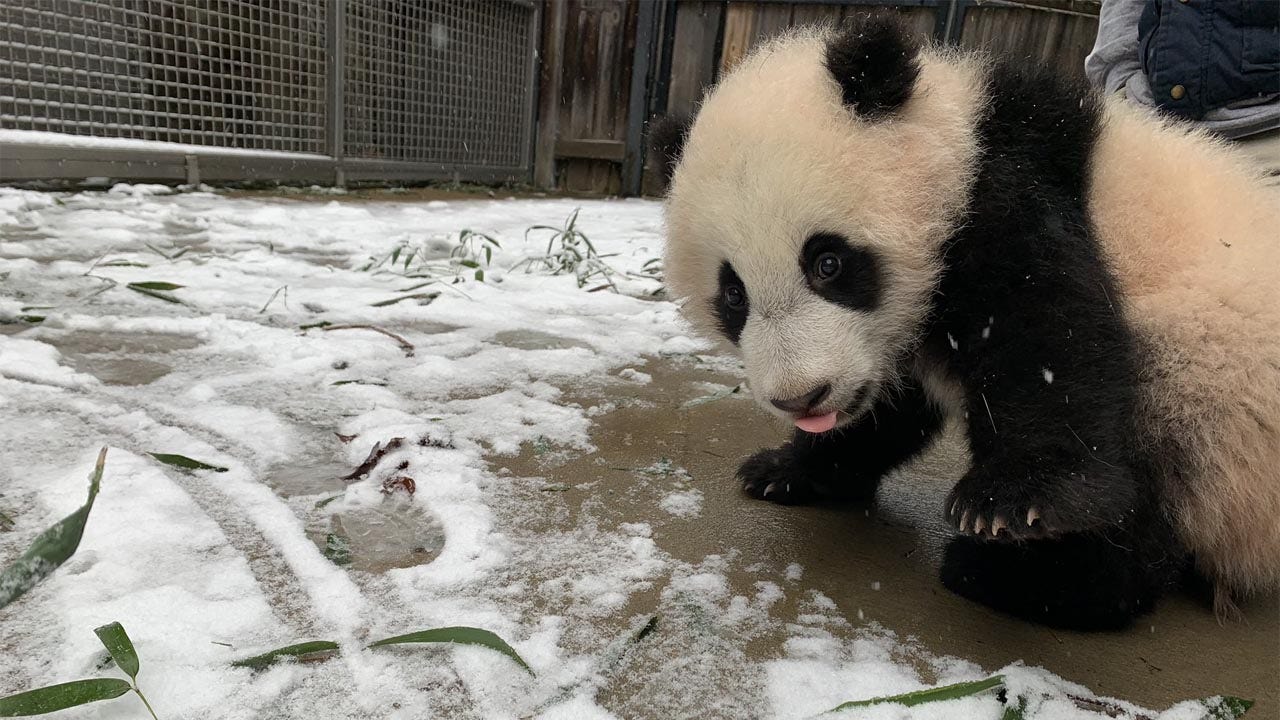 WASHINGTON – There is a birthday party Saturday at the Smithsonian National Zoo.

He’s cute, he’s cuddly, and loves to roll around in the grass just to be silly.

But this whole spectacle is totally justified when you’re a 58-pound panda on your birthday.

“Pandas evoke so many emotions with the way they act, how they behave and how cute they are,” self-described “big panda fan” Melissa Katz told the zoo on Saturday.

This rolly polly – a word I totally made up, has been spoiled all day everyday for all the milestones he has crossed.

“He’s starting to go to training, so he’s learning all the things that mom and dad already know, which helps us take better care of them, basically,” said Bryan Amaral, senior curator at the zoo.

Xiao Qi Ji means “little miracle” in Mandarin. He got his name in part because his mother, Mei Song, at 22, was the oldest giant panda to give birth in the United States.

Amaral said it was good that animal lovers could celebrate with Xiao Qi Ji in person. The baby panda was born during lockdown last year.

“It’s nice to be able to open up and have something really fantastic to celebrate,” he said.

“I am filled with inspiration and hope every time I see them, and I think the pandas themselves represent a lot of hope for conservation efforts,” she said.

The pandas at the national zoo experience the bamboo shoot season

PANDA PLAYING IN THE SNOW! The National Zoo shares a photo of the little panda Xiao Qi Ji in the snow for the first time!

Xiao Qi Ji, the little panda from the national zoo, and his mom bear have fun climbing rocks

The little panda at the national zoo has a new name