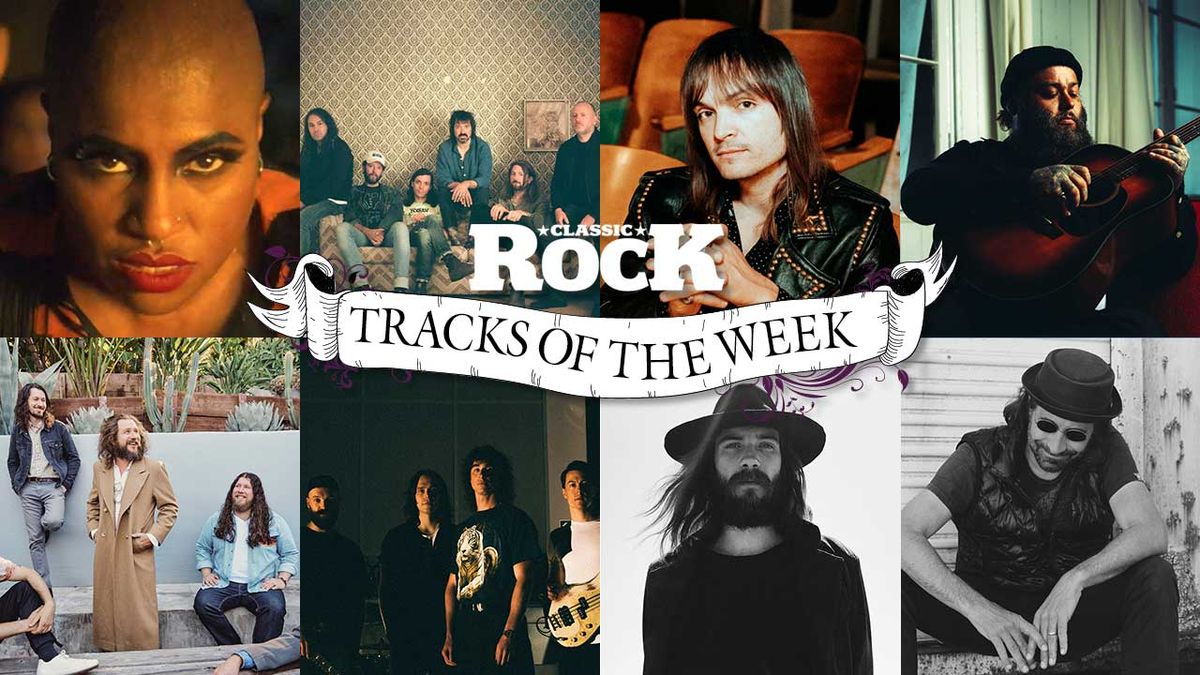 Well. What an exciting battle it was.

After a whole week of frantic back and forth, Bear witness of Essex duo Where Rivers Meet triumphed over Suffolk titans The Darkness, including Nobody can see me cry single has just been capped at the finish post. The cover of Blondie’s by The Dust Coda Call me was a little distant third, but they are all winners in our eyes.

Below is this week’s eight-legged Octopus Of New Rock. Don’t forget to vote for your favorite using the handy poll at the bottom of the page.

Billed as “an ironic major for the people and systems that attempt to tame our savage as women,” this dominant blues rock take on Sate (aka rising Toronto star Saidah Baba Talibah) is chock-full of dirty intentions. and groovy, and we like it a lot. It’s a bit like hearing Tina Turner jamming with Led Zeppelin and Royal Blood, with a few twists and screams of soul. To watch for sure.

We’re continuing our weekly rock roll (and … uh, roll) with the title track from the upcoming War On Drugs album, because it’s a wonder. He has more of an 80s pop heart than the previous record Deeper understanding (think Simple Minds meets Bruce Springsteen, in a stadium) But because it’s the war on drugs and they’re thinking about these things, it’s no cotton candy. It’s airy and expansive, yes, but imbued with a moving intelligence.

We’ve kept a pretty close eye on Nashville’s Philip Creamer as he continues to sprinkle melody-laden jewelry throughout his timeline, like a generous stork delivering beautiful power-pop babies. Refuge is, he says, “my take on a powerful late ’70s ballad that I love to play when I’m on the coast.” And it’s very pretty too, with a tinkling piano and a great finish. Good songwriting for adults.

Wade MacNeil can usually scream at the top of the lungs with hardcore punks Gallows, as well as post-hardcore group Alexisonfire. Following extremely tumultuous personal times (resulting in a stint in rehab), he looked inside and descended into a psychedelic and classic rock rabbit hole for the solo project Doom’s Children. This dreamy and blissful marriage of confessional lyrics, inspiring melody and oriental motifs is a strong argument for this change of direction – paving the way for the full eponymous album, which will be released next month.

Fueled by anger over their experiences of racism in America (“Within a week, three separate Uber drivers were openly racist in front of us,” they said, “I guess as white people we would share their views ”) Uber comes to you with a heavy body-slam of a riff that summons the metallic end of their influences (think Linkin Park, Deftones…). However, not all of them are clubbing assaults, with areas of light and shadow, and frontman Rob Damiani hitting delicate falsetto notes as well as big beef cakes.

My morning jacket – Love For Love

Back with their first new music since 2015 The waterfall, My Morning Jacket grabbed us instantly with this eye-catching kaleidoscope of psychedelic haze and warm jam band vibes – all built on a tight (simple yet highly effective) chugga-chugga guitar hook that will have you tapping your foot. “Love Love Love is trying to keep the ship away from everything I’m talking about in [new album, out in October] Regular programming“Says singer Jim James,” and speak toward positivity and pure love, finding the truth in yourself and in the world around you. “

Jack Broadbent – I love your rock’n’roll

A discreet boogie from English guitarist Jack Broadbent who resolutely refuses to increase the volume or compress the audio to the nth decibel. And by avoiding most of the pitfalls of modern production, it achieves it. I like your rock’n’roll, you see, is a good song, and leaving it unadorned underscores its goodness. It could be Canned Heat, or Little Feat, and – rather by chance – Jack will hit the road with the latter in the United States in November. We think it will be quite the opportunity.

Smoother than any of Don Johnson’s Miami vice costumes, Chapell’s super slick Gold is appropriate, parent-friendly pop-rock of the genre that evokes visions of sports cars, expensive yachts, and exclusive nightclubs. With a chorus as playful as a balloon, it is sure to please anyone who loves Fleetwood Mac, Steely Dan and the like. Or maybe not. Only time will tell. See you next week to find out.