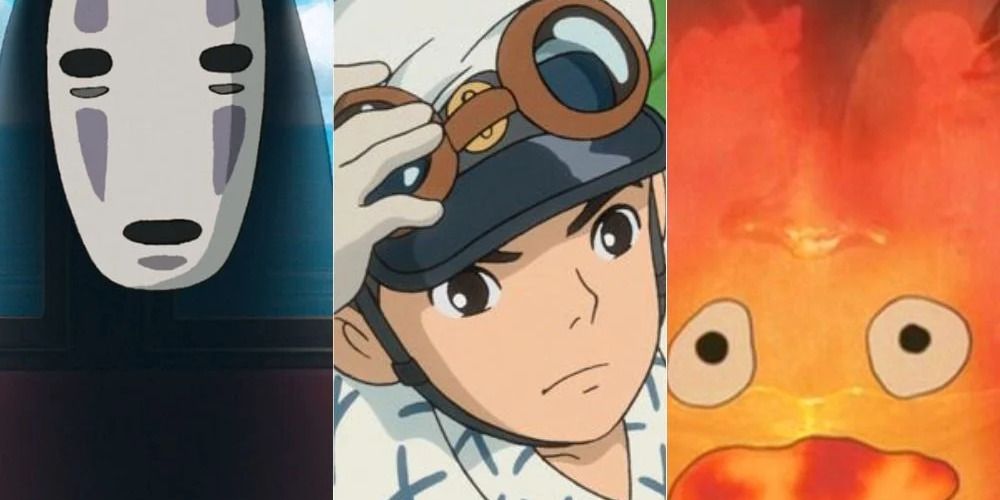 Everyone has a favorite movie. Now think about it without the soundtrack and how that might change your understanding. Music has a huge impact on how an audience interacts with a film. It increases emotion and helps people react to a character’s actions. While some composers deliberately put the music and characters at odds, most of the time it fits the story perfectly.

RELATED: The 25 Best Feel-Good Movies To Watch When You’re Feeling Down

Nobody does it better than Studio Ghibli Hayao Miyazaki and his close friend and composer Joe Hisaishi. Their impact is undeniable as people will exclusively listen to Studio Ghibli soundtracks. A good soundtrack can make or break a movie, and Miyazaki and Hisaishi create a dream team of storytelling and music.

From the top of Poppy Hill is a story about childhood, family and the preservation of history. Teenagers Umi and Shum have both lost their fathers and are struggling to learn how to carry on their family legacy, symbolized by raising navy flags and saving the school club building.

Much of the soundtrack is a simple yet lyrical piano melody that combines the silent presence of grief and the light of childhood friendship. The theme repeats throughout at varying levels of intensity, telling the audience that even though the two leads go through so much, their bond remains constant at the bottom of it all. The soundtrack is sweet with a small-town charm that leaves audiences nostalgic for a life they never had.

Princess Mononoke (1997) – The Fight for Balance

Princess Mononoke focuses on three characters, Prince Ashitaka, a wandering prince trying to free himself from a demon’s curse, San, a girl raised by wolves and protector of forest spirits, and Lady Eboshi, a ruler of a industrial city that tries to give a better life to the less fortunate.

The soundtrack transports the audience to the majestic but dangerous world of demons and spirits. Trill winds, long-held bass notes, and dissonant strings grab the audience’s attention and won’t let go. This creates an aura of tension and nostalgia as these characters fight to preserve balance and peace between different territories. The cacophony of battling voices rises in the music, almost telling its own story. Princess Mononoke is a haunting soundtrack that combines fantastical elements with an inspiring charge.

Kiki’s Delivery Service is a coming-of-age story about a young witch who leaves her small country town to pursue a life in the big city as a magical delivery girl. The music plays with childlike optimism as Kiki explores her new life in the city. Strings and winds sing almost frantically like a child trying to take it all in at once. It’s serene and joyful as Kiki observes city life from her broomstick, and the audience can’t help but feel good.

The soundtrack works because it captures the feeling of innocent wonder and wistful responsibility in a way that appeals to audiences of all ages. He surrounds the audience with an emotional experience as he cheers Kiki on in her enthusiasm and cheers her on in her failures. The music evolves with Kiki through her learning curve and leaves audiences with a sense of hope for her future.

A fictional dramatization of an actual aircraft designer Jiro Horikoshi, The wind picks up explores what happens to the dreams of young people in the midst of World War II. Jiro must sacrifice his passion for designing beautiful planes at the cost of helping a bloody war. The soundtrack reflects these emotional sacrifices. Brass trumpets blast military and patriotic music, making the audience feel good about serving their country.

Acoustic guitar and strings slow things down to show Jiro and Naoko’s contemplative and innocent love. Winds like clarinet and flute rise everywhere to reflect the exhilarating and unpredictable nature of the wind. The musical form corresponds to the function of the story because the music reflects the experience of the rising wind. Overall, the soundtrack is bright but muted by life’s trials.

Perhaps Studio Ghibli’s most popular film, Taken away as if by magic remains iconic in terms of history, art style and music. As Chihiro and Haku fight to find their identities in the spirit world, the music goes its own way. The piano is sentimental, but filled with a desire for restoration. Like Haku’s river, it flows sporadically as if trying to find a safe bank. It travels in an unsafe direction, mirroring the characters as they venture down the journey of life.

RELATED: On Hayao Miyazaki’s “Spirited Away” and Growing Up Anxieties

The music has a deceptive lightness with high tones and airy melodies, but it’s all grounded in an all-pervading heaviness that implies the weight of responsibility Chihiro bears to save herself and her parents. Overall, the soundtrack is memorable as it reflects the human psyche in a relatable way.

the Grave of the Fireflies (1988) – A Heartbreaking Story of Heartbreak

One of the most direct war commentary films made by Studio Ghibli, the Grave of the Fireflies tells the story of a young brother and sister as they do not survive the fall of Japan in World War II. The entire soundtrack is like a dark lullaby as it mourns the loss of so many lives. A wind instrument plays a haunting solo against shimmering chimes that resemble fireflies. It’s shocking with almost no hope. The few whiffs of serenity are muffled by overwhelming strings and long pauses.

the Grave of the Fireflies is a different perspective on childhood innocence. Instead of showing its power in warmth and joy, the film’s soundtrack shows the helplessness of innocence in the face of war and evil. Although the music can be hard to listen to without tearing up, it is worth listening to because it brings audiences closer to understanding the value of human life.

Nausicaa of the Valley of the Wind is about a young princess living in an apocalyptic world destroyed by war. Humans, earth and creatures are desolate and struggling to find peace in a poisoned environment. Beatings of military drums and soft piano Nausicaathe pure voice in the midst of darkness. Even with twisted sci-fi overtones, audiences can still feel the heartache in the music.

“Le Requiem de Nausicaa”, a hauntingly beautiful melody sung by a child, reminds the audience of the innocence lost in the terrors of war. Classic themes fight to form a kind of civility and order in the chaotic world. Even though there is some redemption, in the end the audience experiences the cost of war and what people’s souls lose along the way.

Taking flight again, Studio Ghibli Laputa: castle in the sky involves a lost princess, a special pendant and a floating castle. The film envisions a steampunk, fantasy world that struggles to find the balance between advancing technology and preserving nature.

The music depicting Laputa is mystical, leading the audience to feel peace and inspiration for a better world. The main theme of the orchestra is majestic but melancholy as it carries the audience to try to glimpse the glory of Laputa. Audiences can almost feel the sun on their skin and curl in their hair as they watch the heroes search the sky. It takes listeners on a journey that only music can and communicates the values ​​of hope, humility and love without saying a word. Castle in THE sky is a fantastic film that should be praised for its soundtrack.

Loosely based on a British novel of the same name, Howl’s Howl’s Moving Castle examines the consequences of age, war and love in the world of magic. If there’s one thing this soundtrack has, it’s energy. Much like Howl’s sloppy nature, the melody picks up the audience and takes them on a whimsical journey. The chirping of flutes and the rhythm of the waltz make it feel like a sunny spring day.

Nothing describes the power of the soundtrack like the main theme, called “The carousel of life”. The melody flows like a fairy tale but stays grounded with a hint of wistful wanderlust.

It shows the audience that despite the characters’ willingness to do well in their circumstances to get the most out of life, sometimes it’s okay to be sad and reminisce about things lost.

My Neighbor Totoro (1988) – The Joy of Childhood Magic

My Neighbor Totoro draws the audience into a world of warmth, magical creatures and childhood. Sisters Satsuki and Mei go through a difficult transition moving to a new house to be closer to their hospitalized mother. The soundtrack is dreamy and nostalgic with nostalgia as the audience watches children find joy in the simple things in life. It’s almost as if the audience can feel the scampering of little feet and the Catbus leaping through the air via the upbeat orchestra.

Yet with all its happy tones, the film also mellowed with a softer, more contemplative edge. The bittersweet melodies of the piano support Satsuki as she carries the burden of being the mother of the house at just eleven years old. Plucked strings and cascading strings help Totoro show off his curious, unwavering side. Overall, the music feels like home as it reminds the audience to never let go of their inner child.

NEXT: Every Studio Ghibli Movie Ranked From Worst To Best

Sunah Ramsey is a freelance writer for Collider. She has also written for online K-pop website, The Kraze Magazine. She likes all genres except horror (she gets scared too easily) and loves snuggling up her poodle in her spare time.