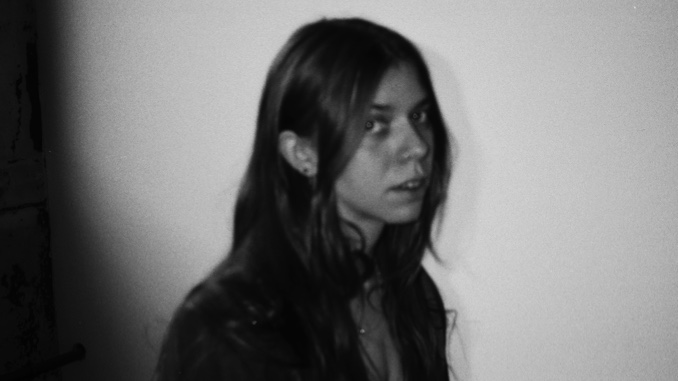 Sarah Beth Tomberlin has shared the third single from her highly anticipated new album I don’t know who needs to hear this…its sequel to 2018 At weddings, coming April 29 on Saddle Creek. Like ‘idkwntht’ and ‘happy accident’ before it, ‘tap’ finds the singer/songwriter taking a sonic leap forward, albeit in an entirely different way than previous singles.

Over quicksands of hand percussion, hypnotic finger picking and sparse shimmers of electric guitar, bass, piano and strings, Tomberlin spends taps exploring the elements of everyday life that make her feel feel alive – or do the opposite. Her haunting voice considers social media (“Press the heart until I hate myself”) and nature (“Do you think of the trees in the breeze / How they sway, scream, talk and breathe?”) , Internet Friends (“Talk to strangers like we’ve met before”) and the common gift of music (“I like people playing songs in the park”), “movies that make [her] feel” and “trash TV”. Ultimately, she remembers that these activities are hers alone to prioritize: “Remind me that I don’t have to be anything.”

“It was January 2021, my first pandemic winter in New York, when I wrote this song,” Tomberlin recalled in a statement. “I was studying the things that help me connect to myself. I was taking a lot of big 10, sometimes 14 mile walks around town trying to find my center, trying to get ideas flowing and It was a pretty lonely time, uninspired and with a lot of disconnection, so on my walks I tended to observe parts of city life that people sometimes lacked or risked connecting with. This song goes through scenes of what connects and disconnects me to myself. It’s funny because I think releasing music to be consumed by the public does both very strongly for me.

Along with sharing “tap,” Tomberlin announced spring tours of Europe, the UK, and North America. His solo EU/UK tour begins in Paris on April 20 and concludes in early May, after which his full North American tour begins on May 13 in Somerville, Massachusetts, continuing with a June 10 show in Brooklyn. Jana Horn supports all North American dates.

Below, watch the “tap” video, revisit Tomberlin’s 2018 Pastry Studio session and see his tour dates. You can pre-order I don’t know who needs to hear this… here.