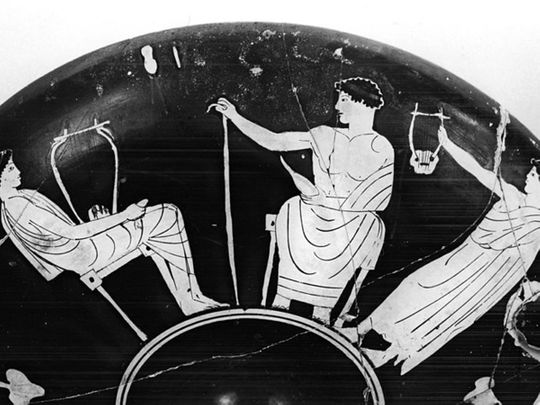 According to English naturalist Charles Darwin, before humans invented languages ​​and spoke to each other, we were most likely singing.

According to science news site Science Focus, the study of fossils showed that early humans had a horseshoe-shaped hyoid bone in their throat in a position similar to modern humans, so they would have had the ability physical to sing, just as we can. These fossils date back 530,000 years.

From singing came an ear for rhythm. A 2017 article published in the Swiss journal Frontiers in Sociology hypothesizes that early humans created rhythmic music by clapping their hands. From there, they picked up stones or sticks and hit them together, realizing that it didn’t hurt their hands and was pleasing to the ear.

Because our history is so intrinsically linked to melody, music calls out to us. The oldest musical instruments found in the world are vulture and swan bone and mammoth ivory flutes, found in a Stone Age cave in southern Germany. They are estimated to be 40,000 years old. Other ancient instruments were things that people found in their natural environment. For example, there is evidence that people struck stalactites, using them as rock gongs, in caves dating back to 12,000 years ago. People had discovered that the caves themselves acted as resonators for sound.

Since then, humans have just improved the different ways of making melodic sounds, and for good reason. Music acts on our brain in an extremely positive way. According to a March 2015 study published by the University of Helsinki, Finland, classical music, in particular, enhances the activity of genes responsible for the secretion of dopamine, while improving learning, memory and transmission. synaptics in our brain. It also downregulates genes involved in neurodegeneration.

What kind of music do you prefer the most? Play today’s word search and let us know at games@gulfnews.com.