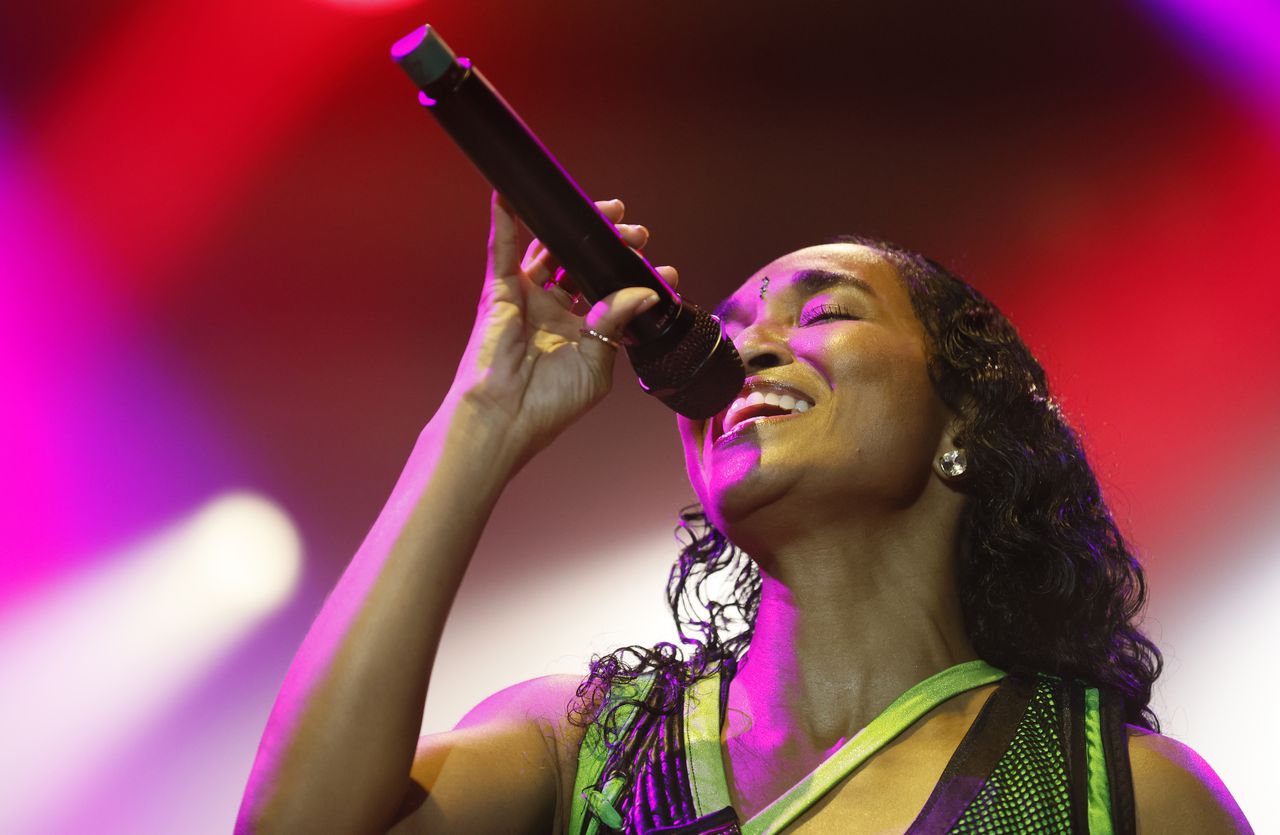 They say the 90s are back and TLC, one of the most popular music groups of the decade, helped bring the New York State Fair Friday night crowd back to that nostalgic time with their concert at Chevy Park. .

Although the R&B trio was down to two, missing the late Lisa “Left Eye” Lopes, pals Tionne “T-Boz” Watkins and Rozonda “Chilli” Thomas performed their hits with an honorable tribute.

Donned in bucket hats, neon colors, scrunchies and TLC t-shirts, the crowd was stirred into a frenzy by the half-DJ, the half-hype man who played a medley of 90s music that covered everything from Bell Biv DeVoe’s “Poison,” to the Fugees cover of “Killing Me Softly,” the theme to “Fresh Prince of Bel-Air,” and more.

Just as the hype session neared the 10-minute mark, T-Boz and Chilli took the stage in shimmering black and green, backed by a quartet of high-precision dancers performing ’90s-inspired choreography.

The start of the show hit hard with two hits from their 1992 debut album “Oooooohhh… On the TLC Tip”. The crowd was on their feet, dancing and singing along to “Ain’t Two Proud to Beg” which turned into “What About Your Friends”.

Backing tracks were filled in for Left Eye and provided a fuller sound for the Atlanta duo.

The rest of the show had its ups and downs with fans getting up to rock and sing along to more popular hits like “Baby-Baby-Baby”, “Diggin’ On You” and “Creep”, but the energy waned during deep cuts like “Fan Mail.”

The same goes for the performers who took numerous breaks, including one three quarters into the show when the DJ led the audience through a series of dances like the “Stanky Legg”, the running man and “Walk It”. Out” before the rest of the dancers joined him on stage for a high-energy routine.

As our leading ladies returned to the stage, the show took a turn towards the ballads “Unpretty” and “Red Light Special” with dare I say “CrazySexyCool” choreography.

After that steamy serenade, TLC made sure to remind the crowd that if a man has no job, no ambition, and no plan, he could be a scrub, and that’s definitely a “No Scrubs”. The crowd enthusiastically shouted their agreement.

Our sentimental journey ended with a moving tribute to Left Eye, who died in a car accident in 2002. The words of his verse in “Waterfalls” were engraved on his casket: “Dreams are yearnings without hope in the hope of realizing yourself / believing in yourself / the rest is up to me and you.

A sea of ​​fans swayed and sang under the twinkling lights of cell phones as T-Boz, Chilli and their crew danced as the lyrics to Left Eye floated above them. The music cut out for a final a cappella chorus of the song‘s chorus.

“You are the best,” Chilli said.

Once the stage lights came on, fans called for an encore, and TLC was happy to oblige, but they were cut off before they could begin being told there was a curfew and that they had to pack their bags. They stayed on stage talking to fans for as long as they could. A small group of fans had the chance to see their dozens of memorabilia signed by 90s icons during this era.

Sometimes you don’t want the trip down memory lane to end, but you’re happy for the trip, and for that, we can thank TLC.

Where is the best place to breastfeed, bottle feed your baby at the NY State Fair?