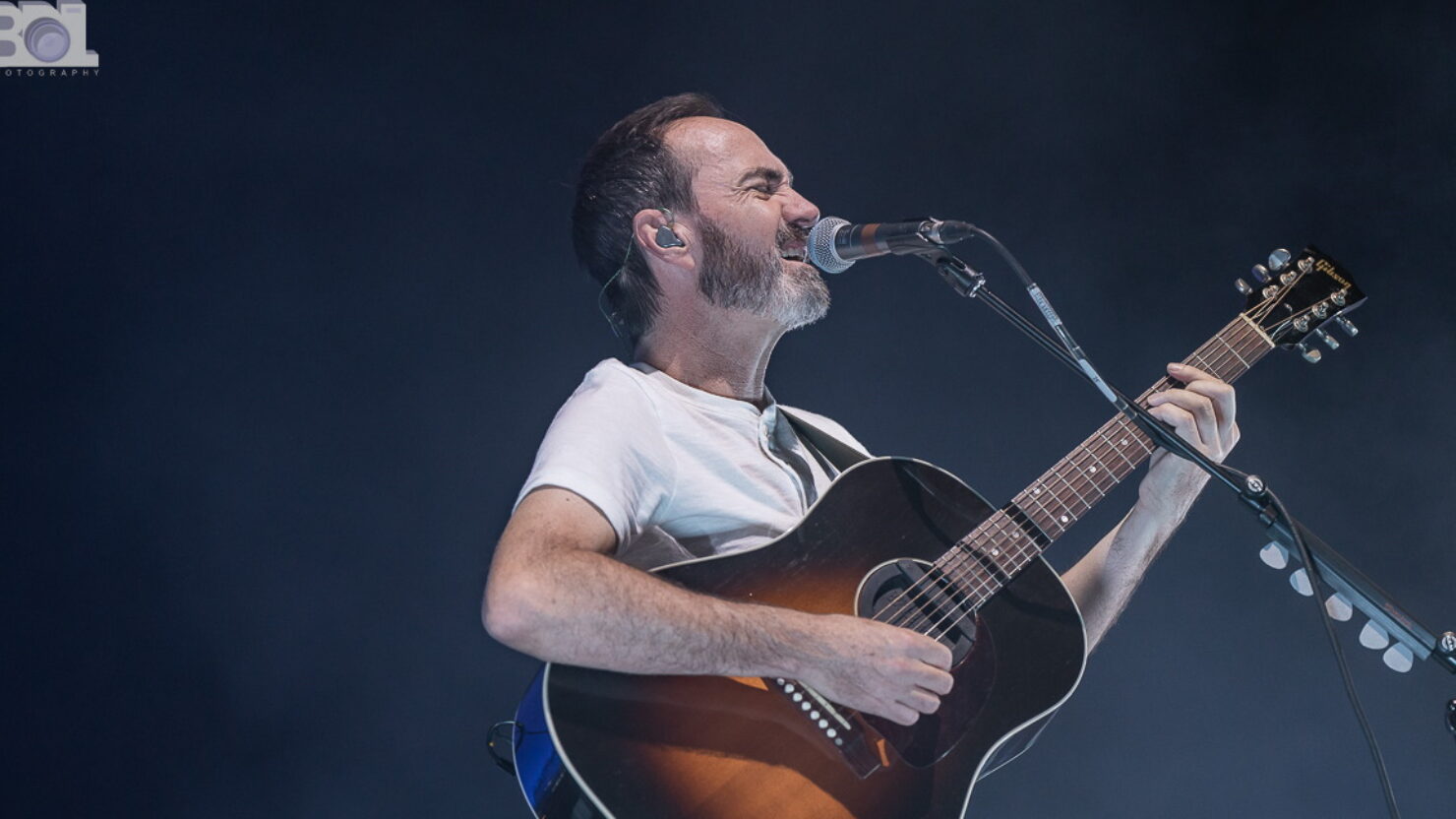 The group is on tour to celebrate the release of its first album in 2001.

Shins’ Oh, Inverted World 21st Anniversary Tour arrived in the hallowed halls of Radio City Music Hall last night for the first of two New York shows. Dressed in white, with the album cover behind them, frontman James Mercer and the band walked through the 11 songs that make up the beloved band’s debut album, originally released by Sub Pop Records in 2001.

The opening notes of “Caring Is Creepy” sent a bolt of electricity that didn’t let up for the next 35 minutes. With the help of background vocals from openers Joseph, the album sounded as good as ever.

Mercer joked that he couldn’t hit some of the high notes of the “New Slang” anymore, and that the crowd’s ability to hit them proved they should age more gracefully. He also mentioned how “Your Algebra” was one of the hardest to get live, but you wouldn’t know how amazing it sounded.

Ahead of the album’s final song, “The Past and Pending,” Mercer thanked everyone for coming to the show and recalled playing the songs from the album at Maxwell’s across the street. river in New Jersey. He explained that back then it was enough to see New York from across the river and it was exciting to play the songs again in such a historic building. After the album ended, the crowd erupted in joy.

At the start of the second half of the show, the audience was still seated, but during “Phantom Limb”, a few people started standing, then the entire crowd stood up and remained there for the rest of the show. The seven-song second half was also highlighted by an upbeat version of “Turn A Square” and “Mine’s Not A High Horse.”

The show ended with a two-song encore of “The Fear” and “Sleeping Lessons,” which included an interlude of Tom Petty’s “American Girl.” Mercer and the band bowed and smiled from ear to ear as the crowd went wild.

The Joseph Openers should be best known for their terrific harmonies and sheer joy of having a blast on stage. Their songs are incredibly catchy and easily get stuck in your head. The voices of the three sisters echoed through the room with such ease. Their set, although fast, left a lasting impression.