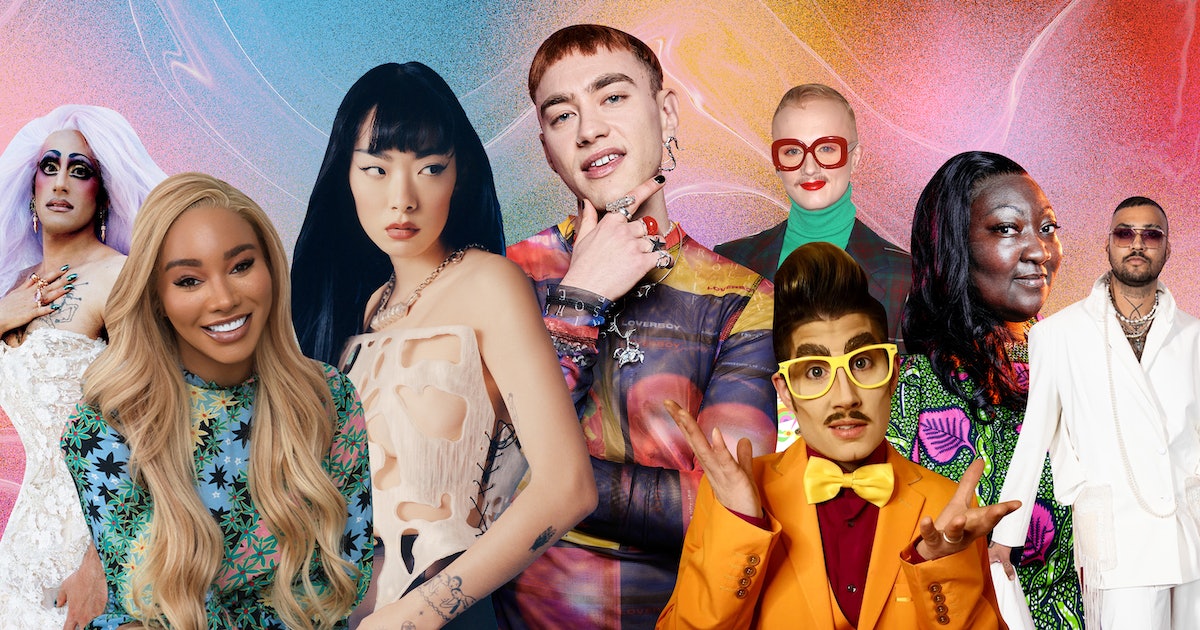 In the UK, February marks LGBT History Month. It is a time when we celebrate the hard-won rights and freedoms now enjoyed by the queer community, including a fully equal age of consent, the legal right to change gender, and an equal right to marry.

However, it also reminds us of the work that remains to be done. The UK still hasn’t banned conversion therapy, a widely discredited pseudoscience based on the absurd idea that being LGBTQ+ is a mental disorder that can be ‘cured’. Homophobic and transphobic hate crimes have actually increased during the pandemic. And because they are unjustly caught up in the so-called “culture wars” fueled by right-wing media, the daily lives of many trans people can be exhausting.

With that in mind, here are some vital queer voices you’ll want to follow for LGBT History Month and beyond. They are activists, performers, pop stars, trailblazers and writers – and, in one case, an icon who is no longer with us. But each of them is completely inspiring and contributes to enriching the queer experience for everyone.

Through their live broadcasts, journalism and scriptwriting work, Amrou Al-Kadhi is making LGBTQ+ representation in the UK more intersectional. Their award-winning memoirs in 2020, A Unicorn’s Life: A Journey from Shame to Pride, and Everything in Between, traces their transformation from a self-proclaimed “God-fearing Muslim boy” to a queer drag queen who kills on stage. Having written episodes of Hollyoaks and BBC America The watch, Al-Khadi now has several television and film projects in the works. It’s safe to say they’re just getting started.

With his chart-topping pop project Years & Years, Olly Alexander brought a fierce yet friendly queer energy to the UK music scene. On New Year’s Eve, he hosted a cheerful live show on BBC One that was also subtly subversive. When he suggestively draped himself over male dancers during a performance of “Sanctify,” it surely made a few homophobes spit their cocoa. Alexander also made a splash as an actor, starring in Russell T Davies’ moving miniseries about the HIV/AIDS epidemic, It’s a sin.

Quite simply, Adam All is the godfather of the London drag king scene. With the Soho cabaret night BOiBOX, which he runs with his wife Apple Derrieres, he has given a vital platform to queer AFAB (Assigned Female at Birth) performers who might otherwise have been overlooked. As drag’s popularity has exploded over the past decade, All’s super inclusive approach and hilarious shows skewering toxic masculinity have been a real tonic. He paved the way for the brilliant kings of the UK to stay reserved and busy like their drag queen sisters.

With a perspective as unique as their stage name, Bimini Bon-Boulash is a star of RuPaul’s Drag Race in the UK. Their affectionate send-off of Katie Price in the show’s Snatch Game challenge went viral — and their candid conversation about being non-binary with fellow contestant Ginny Lemon was also incredibly inspiring. Since they finished their drag race Meanwhile, Bimini’s profile has continued to grow bringing radical queer energy to mainstream spaces. They even appeared in the last year Sainsbury’s Christmas announcement.

The activist and model is constantly shifting the conversation about race, gender and homosexuality, both domestically and globally. In 2020, three years after she was unfairly sacked by L’Oréal Paris for posting about “white racial violence”, Bergdorf received a belated apology from the brand and joined its UK diversity and inclusion advisory board. . Rightly hailed as a “pioneer” by happy times magazine, she recently became the first trans person to appear on the cover of Cosmopolitan UK.

By creating Nail Transphobia, a pop-up nail salon that traveled the country to promote nail care awareness, Charlie Craggs definitely did activism in his own way: with a lot of warmth and glamour. She has since gone on to improve trans visibility in the UK by writing an acclaimed book, To my trans sistersand presenting the sensitive and enlightening documentary Teens in transition, which is available on BBC iPlayer. She’s a force for good with a knack for calling out right-wing media.

Since moving from Canada to the UK in his early twenties, Ryan Lanji has made his own mark as a curator, cultural producer and television personality. When he saw that his South Asian heritage was underrepresented in the LGBTQ+ scene, he launched Hungama, a queer Bollywood party that has become one of the coolest and most inclusive parties in London. In 2020, Lanji entered Netflix’s floral design show The great flower fight, and went on to earn it. It’s impossible to guess what his next project might entail, but it’s bound to be interesting.

Led by co-founder and executive director Phyll Opoku-Gyimah – also known as Lady Phyll – UK Black Pride is a vital grassroots movement that continues to grow. Seventeen years after it started as a day trip to Southend-on-Sea for members of the Black Lesbians in the UK (BLUK) online community, it has grown into Europe’s biggest pride celebration for LGBTQ+ people from Africa, Asia, the Caribbean and Latin America. and of Middle Eastern descent. Along the way, Lady Phyll has built a reputation as a deeply principled and inspirational activist.

“What if we don’t look alike? We’ve been through the same thing, yeah,” Rina Sawayama sings on her song, “Chosen Family.” It’s a heartfelt pop gem celebrating how queer people can come together to form our own support networks. Influenced by everything from nu-metal to early Britney Spears, Sawayama’s groundbreaking music is making her a future superstar and an exciting new LGBTQ+ icon. “Beg for You”, a super catchy collaboration with Charli XCX, has just become her first UK Top 40 single.

The title of last year’s Netflix documentary, Hating Peter Tatchell, is both ironic and unexpectedly touching. Born in Australia but based in London since 1971, this tireless and courageous human rights activist has often been portrayed as an outcast by the right-wing media. However, he is now considered something of a reluctant national treasure, especially since he bravely attempted a citizen’s arrest of Robert Mugabe in 1999 and 2001. Tatchell’s methods have at times been controversial, but his visionary activism with groups such What OutRage! and his own Peter Tatchell Foundation have been instrumental in improving the rights and freedoms of the UK’s LGBTQ+ community. He turned 70 in January, but absolutely no one expects him to slow down.

Author, model and presenter, Jamie Windust has an instantly recognizable look and a flair for communication. As a contributing editor for happy times magazine, they have written about important current issues such as conversion therapy and how homosexuality can inform our approach to the climate crisis. They also helped lead the campaign for non-binary people to be recognized on passports and other official documents. In a world that can still look and feel stuffy heteronormative, Windust is a shining beacon of queer hope.