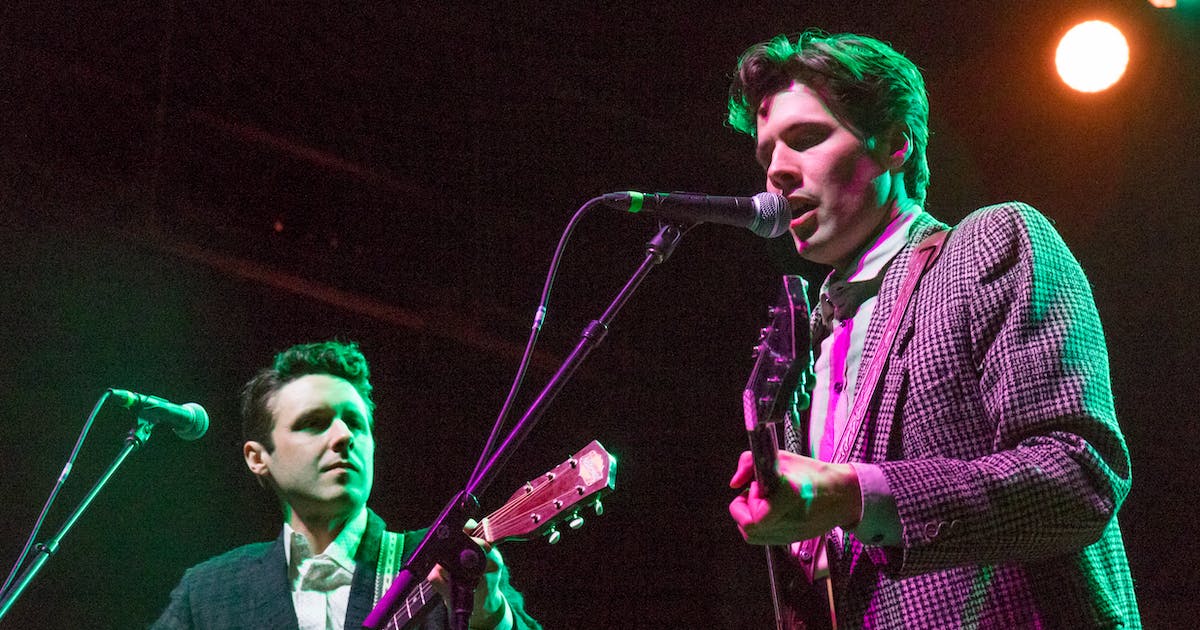 Julianna Barwick: Like a Radiohead-inspired Enya, this Louisiana singer and multi-instrumentalist creates lush, soothing yet innovative music filled with loops that has earned her praise from The New York Times and Pitchfork. His most acclaimed album, “Healing Is a Miracle,” came out at the start of the pandemic with guest vocals from Sigur singer Ros Jonsi and much-loved calming power. She is finally starting to promote it and performing here as part of the Liquid Music series. French ambient musician Malibu opens. (8 p.m., Parkway Theater, 4814 Chicago Ave. S., Mpls., $25-$50, theparkwaytheater.com)

Roger McGuinn: He pioneered the jingle-jangle sound with the Byrds, early providers of what became known as country-rock. Songs like “Eight Miles High” and “You Want To Be a Rock ‘n’ Roll Star” inducted the Byrds into the Rock Hall of Fame. But McGuinn has been connected to other big names along the way, including Bobby Darin, Simon & Garfunkel and, of course, Bob Dylan, touring with his mid-’70s Rolling Thunder Revue. He even recorded with the Twin Cities Jayhawks. McGuinn tells tantalizing stories and produces goosebumps with his Rickenbacker guitar on “Turn Turn Turn” and “Mr. Tambourine Man.” (8 p.m. Saturday Hopkins Center for the Arts, 1111 Mainstreet, Hopkins, $25-$35, hopkinsartscenter.com)

Cacti flowers: Officially the new album by sibling-led country harmony band Twin Cities, “One day,” were released in February when they finally hit the road again, but vinyl copies were delayed until recently. So why not call their first hometown gig since the annual Turf Club residency in January the release party? The record is slow and more laid-back than the previous two, but those harmonies shine through like never before, as does the romance (of all kinds!) in their lyrics. Lilly Hiatt, great second-generation American songwriter, opens. (8 p.m., First Avenue, 701 1st Ave. N., Mpls., $20-$25, axs.com)

Jorja Fleezanis and her friends: When one of America’s top classical music writers, Michael Steinberg, died in 2009, a commission fund for new compositions was started by his widow, violinist and longtime Minnesota Orchestra violinist, Fleezanis . She will premiere “Where You Love From”, composed by Jessica Meyer with text from Rumi’s poetry, and will also play a Brahms quintet with the help of former Minnesota Orchestra colleagues, cellist Anthony Ross and the percussionist Brian Mount, as well as pianist Lydia Artymiw and actor Stephen Yoakam. (4 p.m. Saturday, Westminster Hall, 1200 Marquette Ave. S., Mpls., $10-$25, steinbergfleezanisfund.org)

Nathalie Fideler: Sometimes with a mischievous smile and sometimes with gnashing teeth, this rising lyrical rocker from the Twin Cities parodies and castigates homophobia, hatred, hypocrites and sometimes her own eccentricities on her self-produced second album, “Three Man Army”, which she directed with the help of the Music Forward Foundation’s LGBTQ+ Emerging Artist Award. “I’ve kissed more boys than you / But somehow I think I’m more of a man than you,” she sings in the opening folk tune “Kisses,” a sweet start to this which turns into a stormy affair of equal parts between Alanis and Paramore. (8 p.m. Sat., 7and Entrance street, 701 1st One VN, MPs, $12-$15, axs.com)

The Temptations: Sixty years is a very long time and founding baritone Otis Williams has been with these Motown legends from the start. Last year, the latest incarnation of Time celebrated its 60th anniversary with the record “Temptations 60”. Expect new material as well as those timeless Motown classics, including “My Girl” and “Just My Imagination.” (8 p.m. Mystic Lake Casino, Prior Lake, $35-$59, ticketmaster.com)

Jacob Collier: When it was nominated for the Grammy for Best Album in 2021, the industry asked, “Who is this?” His “Djesse Vol. 3” hadn’t landed on the Billboard charts, but the British prodigy ended up with four Grammys for the arrangement. Known for experimenting with vocal harmonies and sound layers, he has worked with Take 6, Coldplay, Pentatonix, SZA, T-Pain, Tori Kelly, Daniel Caesar, Ty Dolla Sign and many more. Led by Quincy Jones, Collier is clearly connected. (6 p.m. Tue. Fillmore, 525 N. 5th St., Mpls., $30 and up, ticketmaster.com)