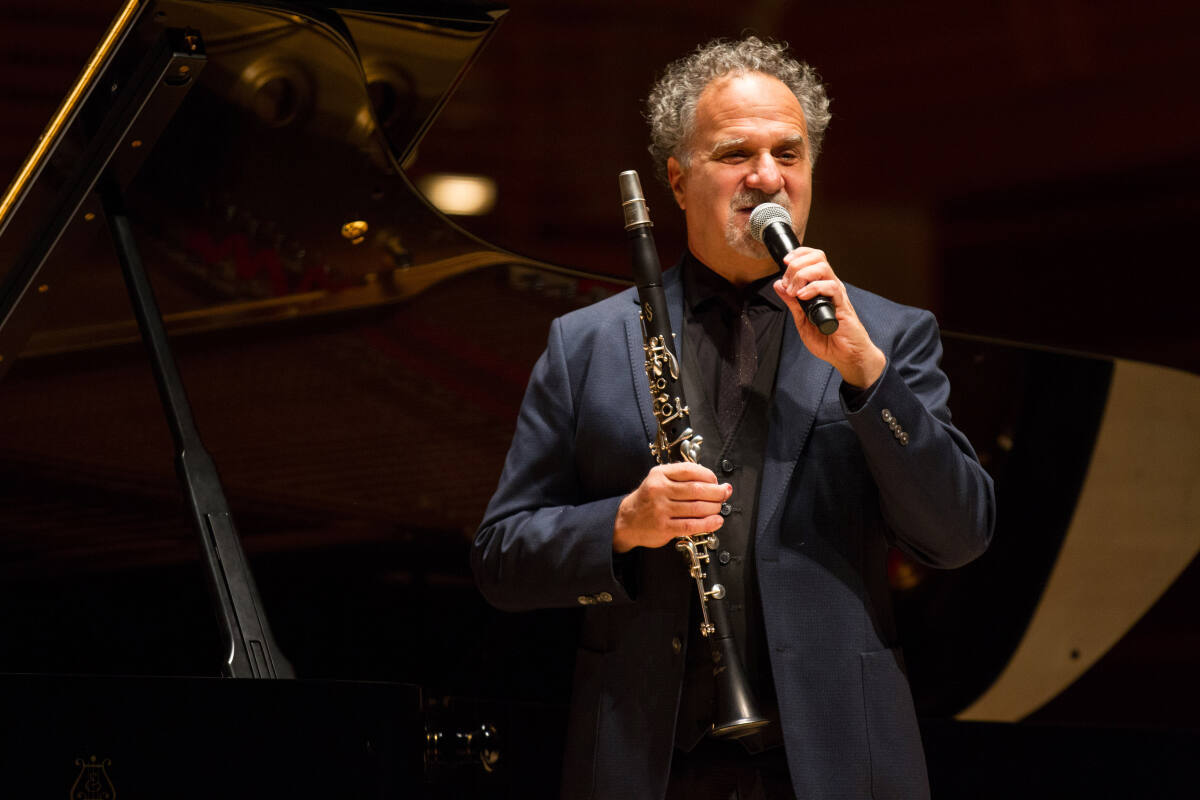 The Santa Rosa Symphony, led by music director Francesco Lecce-Chong, transformed the Green Music Center into a storytelling parlor on Saturday night, opening the second concert of the season by exposing the grief and joy of the Slavic soul with elegance and enthusiasm.

As part of this narrative, the instruments on stage tried to mimic the human voice – alternately sobbing and crying, sighing and soothing – while using a wide range of musical colors, from the tinkling harp to the squeaking klezmer clarinet.

Conducting with expansive gestures and clear rhythms, Lecce-Chong brought rhythmic vitality and soft cohesion to Nikolai Rimsky-Korsakov’s popular orchestral suite, â€œScheherazadeâ€, during the second half of the program.

The prolific Russian composer, who studied music theory with Tchaikovsky, dispersed seductive instrumental solos throughout the four-movement work. The main musicians in the strings, woodwinds, brass and percussion sections have all polished them to a fine browning.

Rimsky-Korsakov’s personal world was steeped in the magical thinking of fairy tales and fantasy, and he put his musical talent to work in creating colorful variations on simple folk tales.

â€œScheherazadeâ€ was inspired by the storyteller from the collection of Middle Eastern folk tales, â€œArabian Nightsâ€. The eponymous narrator saves herself from death at the hands of her husband, the Sultan, telling breathtaking stories every night. The Sultan had vowed to put each of his wives to death on their first wedding night, but in the end he was so enchanted by her stories that he repudiated his vow.

During the dark bass motif that opens the first movement, the brass section, representing the Sultan, entered with such resonance that the chairs on the third level vibrated. Welcome back to everyone!

Kudos also to concertmaster Joe Edelberg, representing the storyteller herself, who delivered the opening melody smoothly and eloquently, although the intonation seemed to sag in a few places.

As the piece progressed and the meandering violin returned, every note was perfect, and Edelberg launched the tracks, spiccato arpeggios, and double stops with crystal clear clarity and control.

The first half of the program featured world-class Klezmer clarinetist, composer and conductor David Krakauer, who was originally scheduled to perform with the symphony in January. The concert was however postponed due to the pandemic.

In a private Friday night recital, Krakauer described these folk tunes as “traditional klezmer music” and dedicated them to his Jewish grandparents and great-grandparents who “made this trip across the ocean with only the shirts on the back. “

Krakauer began “Der Heyser Bulgar” with a long solo introduction played with over-the-top cheerful abandon, then settled in as a string-only orchestra joined him to accompany him.

The clarinetist, who is considered one of the best on the planet, is a natural musician who immediately connects with his audience while hitting the booming high notes, fleeting trills, jaw-dropping slides and improvised phrasing. which are the hallmarks of klezmer music. Looks like there’s nothing he can’t do.

To get the sound he wants, Krakauer uses a special mouthpiece and masters the technique of circular breathing – inhaling through the nose while simultaneously expelling air through the mouth using the air stored in the cheeks – to produce continuous sound without interruption.

Along with his fellow composer and performer, pianist Kathleen Tagg, he also performed the “Hasidic Dance” of Abraham Ellstein, a Yiddish theater composer who, like Krakauer, attempted to bridge classical music and klezmer in the years. 1930.

The work was short but satisfying, underlined by lush, French textures and harmonies in the piano part skillfully played by Tagg.

Just before the intermission, the symphony gave the world premiere of “The Fretless Clarinet”: Concerto for Klezmer Clarinet and Orchestra written by Krakauer and Tagg and co-commissioned by the Santa Rosa Symphony, the Eugene Symphony and the Adele and John Gray Endowment Fund with the support of Karen Brodsky and Mark Dierkhising from Santa Rosa.

The autobiographical work, which sums up Krakauer’s adherence to many musical genres over the past 30 years, was performed with enthusiasm, but the orchestration was at times so dense that it was difficult to hear what was going on. .

The gritty first movement, “Sanctuary City”, nods to one of Krakauer’s idols, jazz clarinetist Sidney Bechet, and his other idol, Austro-American Klezmer clarinetist Naftule Brandwein. The chronicle of struggles against immigration and the Black Lives Matter movement in New York has a harsh side, and at times the orchestra seemed to be struggling with the solo clarinet.

The second movement, “Mozart on the Judengasse”, offered more clarity and cohesion in the orchestration, as Krakauer takes his hat off to Mozart’s quintet for clarinets and clarinet concerto as well as to the Judengasse (Jewish street) which he discovered near Mozart’s house in Salzburg.

â€œAncestral Grooves,â€ the final movement, closed the first half with fun, thunderous play through American music, from Broadway and klezmer to speakeasy jazz and New Orleans Second Line.

It was an evening of great stories, and the symphony told them convincingly.

The Santa Rosa Symphony will repeat the program at 7:30 p.m. Monday in the Weill Hall of the Green Music Center at Sonoma State University in Rohnert Park. For tickets: 707-546-8742 or tickets@srsymphony.org

Editor-in-Chief Diane Peterson can be reached at 707-521-5287 or diane.peterson@pressdemocrat.com. On Twitter @ dianepete56