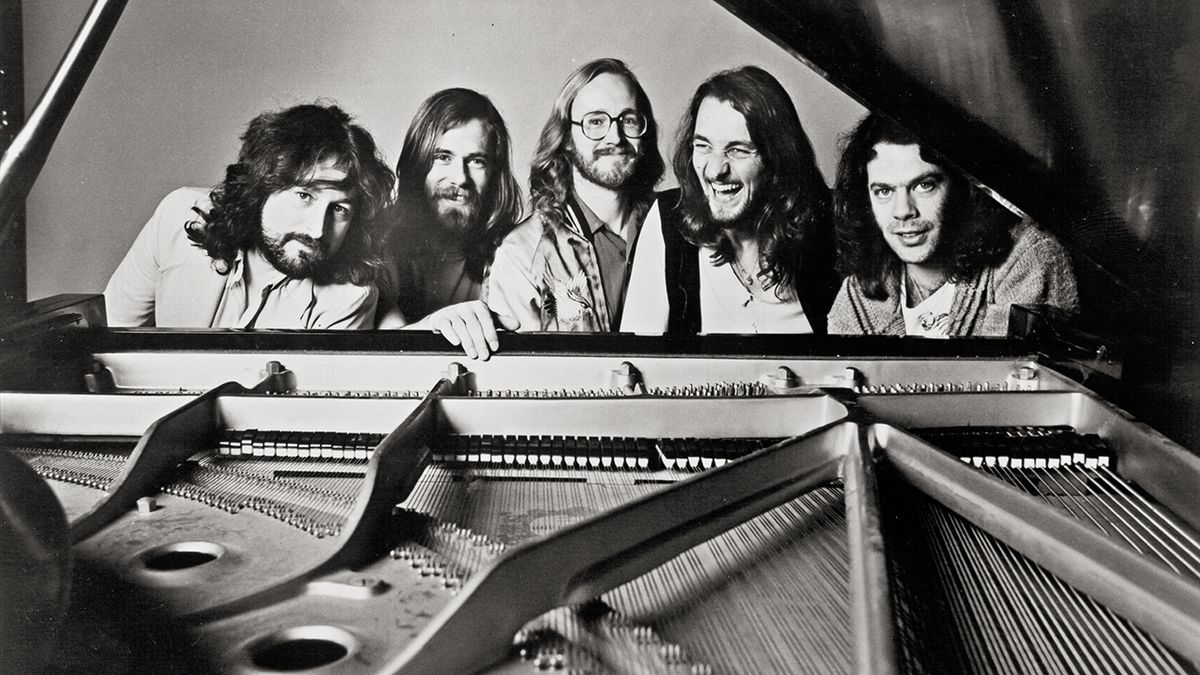 In 1979, Paul McCartney was asked to name his favorite song of the year. He chose The logical song by Supertramp.

For Roger Hodgson, co-leader of Supertramp, that was the biggest compliment. â€œHaving been raised on the Beatles,â€ he says, â€œit was wonderful to hear that Paul McCartney liked my song.â€

The logical song was the biggest hit of Supertramp’s career, reaching the Top Ten in the US and UK, and transforming the parent album Breakfast in America into a multi-million-sales phenomenon topped the charts.

It also won the prestigious Ivor Novello award for best song musically and lyrically. And as Hodgson acknowledges, it was the lyrical content, as much as the expertly crafted music, that made The logical song to connect with such a huge audience. â€œA good song,â€ he says, â€œis a song that people can relate to, that touches them, makes them feel something. “

And in The logical song, Hodgson drew on the experiences of his own troubled childhood to create an existentialist pop-rock classic in which he addressed the biggest question of all: the meaning of life.

Since the formation of Supertramp in 1969, Hodgson and Rick Davies have formed the creative core of the group. The two sang lead vocals and played keyboards, and together they wrote all the songs. Hodgson and Davies had a similar arrangement to Lennon and McCartney in The Beatles: They wrote separately, but still shared the writing credits. However, as Hodgson now says: â€œThe logical song was in no way co-written. It was really my song.

It was at the beginning of 1978 that The logical song started to meet. The band were in Los Angeles, about to start recording the Breakfast in America album, when Hodgson sat alone in front of a Wurlitzer electric piano and began playing with a chord progression that he had played, on and off, for a few months.

â€œI had written these chords,â€ he said, â€œand I hadn’t thought much about them, to be honest. But one day, as I was playing the chords, I heard the melody. And when I started to sing the melody, the first word that came to me was “liberal” … “

Immediately Hodgson uttered rhyming words: intellectual, radicalâ€¦ logical. And at that point, the whole concept of the song was worked out. â€œRight away, I knew what I wanted to say. The song was born out of my questions about what really mattered in life. Throughout childhood we are taught how to behave, but very rarely are we told anything about life’s deep purpose. We move from the innocence and wonder of childhood to the helplessness of adolescence, and this often ends in disillusionment in adulthood. And many of us spend our lives trying to regain that innocence.

In The logical song, Hodgson delivered a damning critique of the education system. It was a subject he had already touched on in School, a song from Supertramp’s breakthrough in 1974 Crime of the Century, a flagship progressive rock album. But as Hodgson says, The logical song was “very autobiographical”. His first-person account specifically referred to his years in residential school as a “shy and sensitive” boy, deeply affected by his parents’ divorce at the age of 12: “They sent me to teach me to be sensitive, logical, responsible, practical / And they showed me a world where I could be so reliable, clinical, intellectual, cynical …‘

Hodgson put “a lot of work” into the lyrics. â€œI had to find all the words that end with ‘al’,â€ he says. “So this is the one and only time I have looked at a dictionary to write lyrics.” And for music, his attention to detail bordered on obsession. The electric piano riff was the basis. “There was a very punchy and rhythmic feeling that I really liked.”

But when work began at Village Recorder Studios in LA, Hodgson dictated what each member of the band would play. â€œI was the main arranger of the band,â€ he says. â€œI used to go through all the parts, even down to the drum fills. It’s like a puzzle. Anything foreign shouldn’t be there. Everything has been orchestrated and that is why it works so well.

Various sound effects were incorporated into the finished track. John Helliwell, having contributed to a raucous saxophone solo, heaved a heavy sigh in the intro and whistled to signal the outro. And a surprise comedic touch was added by the â€œgoalâ€ beep of a Mattel football game Rick Davies enjoyed playing between takes. â€œWe could hear that sound echoing around the studio all day,â€ Hodgson says. “So we put it in the runout after I sang the word ‘digital’.”

Due to Hodgson’s perfectionism, it took two weeks for the song’s final mix to be completed. â€œI wouldn’t rest until it was exactly right,â€ he said.

However, the end justified the means. Released in the summer of 1979, The logical song was acclaimed by Rolling stone as “a little masterpiece”, and its success has made Supertramp superstars.

Forty-two years later – and 38 since leaving Supertramp – Roger Hodgson is still singing The logical song every night when he performs solo. â€œI can still hit that big note at the end of the song,â€ he laughs. “But that’s damn high.”

More importantly for Hodgson, it’s a song that hasn’t lost any of its meaning. â€œI was 29 when I wrote The logical song, “he said.” I was looking for answers. The burning question in that song was, ‘Please tell me who I am.’ I still don’t have all the answers. But I knew it. there was something deeper there – a place of peace. And in the end, I found it. “