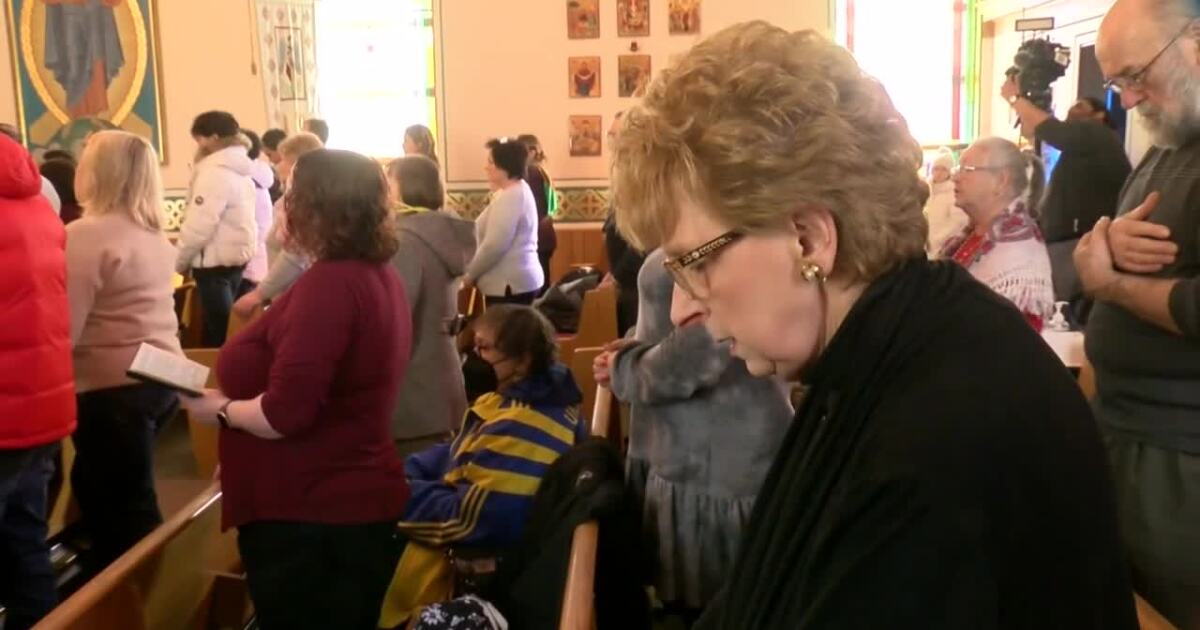 For Vasyl Ovod, a member of the choir, it is a form of therapy.

Why the war in Ukraine, he wants to say.

Ovod is one of many church members who fear for the lives of their families back home.

Last week, part of his family recently fled to Poland for security reasons.

But her brother and elderly father stayed to help the resistance. His in-laws, he says, were forced to hide from rocket attacks in a cold basement.

“I can’t sleep. I can’t eat. I can’t work. It’s a difficult time. But we are trying, praying, going, trying to do something,” says Ovod.

The small Catholic church, located on the corner of 11th and Washington, has supported Ukraine for years, especially since 2014.

Hanging inside the parish hall is a Ukrainian flag. It’s full of messages and signatures from Ukrainian soldiers.

Soldiers sent him to St. Michael as a thank you, after the church sent them supplies as they fought Russia in Crimea.

For Ovod, his wife Oksana and their children, St. Michael’s was a central part of their life in Milwaukee during their 16 years in the United States.

“We came here, we loved this place,” says Ovod. “And our love grew and grew and now we can’t live without this church.”

He is grateful for the material support of the church to Ukrainians fighting the war, as well as for spiritual support.

“Praying helps us. Even our soldier from Ukraine,” he says. “We feel something magical. When you pray you give them something powerful [soldiers].”

Ovod says if you want to support the Ukrainian war effort, you can donate money in person at the church or online at the church’s website.

Report a typo or error // Submit a news tip