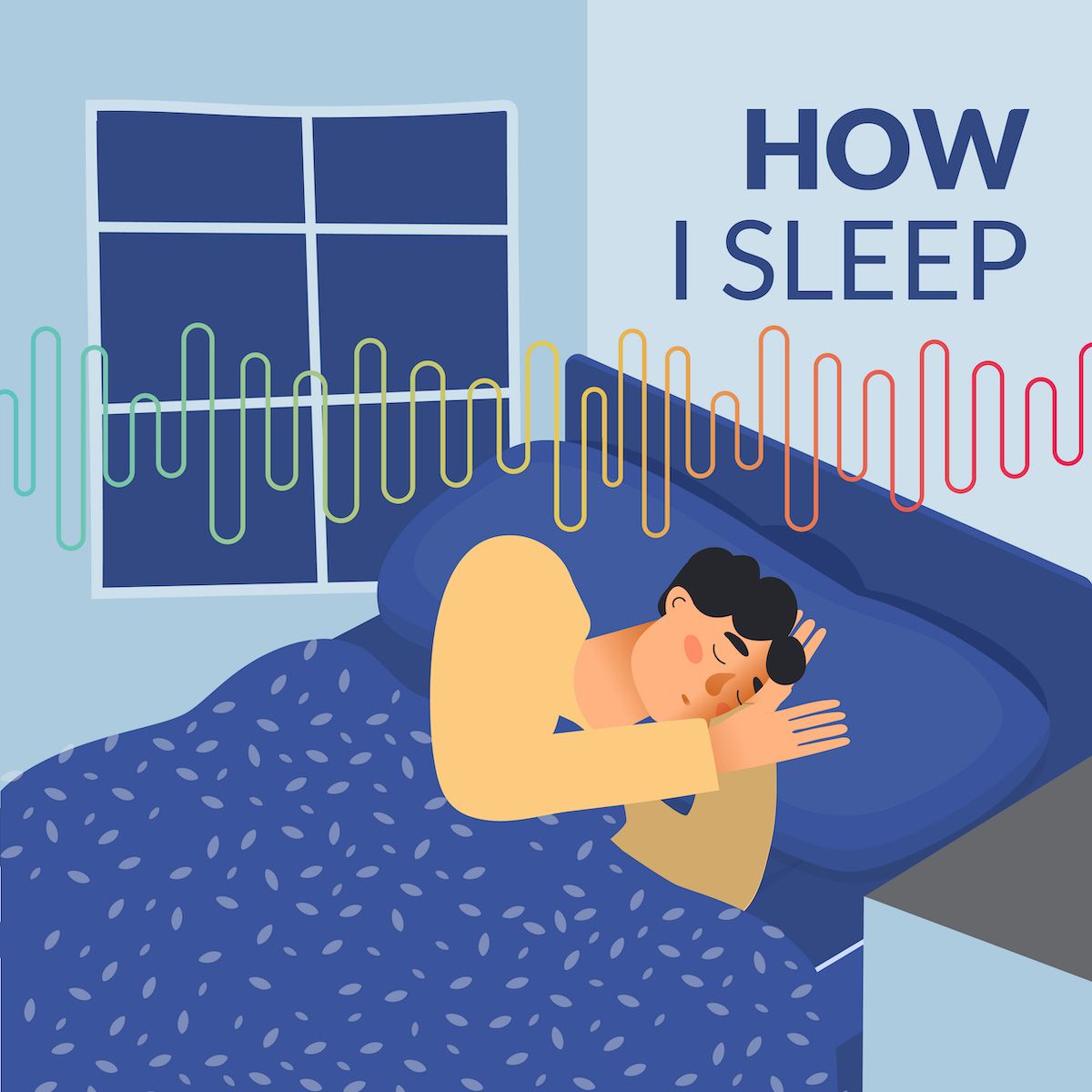 Everyone calls me Tofu – I used to work at the tofu store in Arcata, CA, and there’s a million Mikes in the world.

I’m on the Humboldt Coast in the Redwoods in Northern California. It’s a beautiful remote area. I really like it here.

I am a sound engineer and a musician. I have a PA system that I bring to different events. Some places have built-in PA systems and I just run their system. I do everything from the farmer’s market to the annual League of Women Voters luncheon to indoor concerts and outdoor concerts.

Because it’s *so* far from any major city (we’re six hours south of Eugene and five hours from San Francisco) there’s a lot going on here and it’s a college town, so it there are many musicians and other artists. There is a fairly vibrant cultural scene. We receive many visiting artists who have their big concert in town at the weekend and come here the following Monday or Wednesday.

This summer, because the world finally woke up from COVID-19, there were a lot of great outdoor concerts. I ended up doing the sound for a lot of them, which is good for the sleep schedule – daytime gigs that end at eight or nine in the evening.

What’s good about my job is that I’m not the type to leave the house in the morning, except once in a while, right? Most days I tend to wake up between eight and nine, naturally. I rarely feel the need to set an alarm. A great lifestyle choice if you ask me. I’ll wake up, read the internet in bed for a little while, then after an hour, get up and make some coffee, then read some more internet for a while.

On Saturday morning, I have to set up the sound for the Farmers Market and I have to be there by 9 am, which isn’t too early, but it’s my first gig. And if I’m smart, I usually load the gear into my van the night before, then I come in around nine, drive all the way around, set everything up, and the music starts at 10:30.

There are a few days a week when I give drum lessons in the middle of the day or in the afternoon. I also have a small side job doing maintenance for a vacation rental company two days a week, which is between 10am and 5pm. Usually I push this to noon or 1 p.m. because I like to have my long, slow morning. .

Every once in a while I have a big gig all day and sometimes it’s in an hour or two so I have to wake up at 6am. These mornings are hard because I still can’t sleep for one o’clock. or two in the morning. So I’m sweating from having to wake up and my mind won’t let me sleep. It is cruel and inhuman.

There wasn’t much going on during COVID because there were no concerts which was depressing. As a performer, you get used to the sound of applause, and not having that for two years was tough. The first big show for which I directed the sound, the artists took the stage and the whole audience exploded in applause. It’s a sound that I missed. I hadn’t heard that in a while.

The evening is for working

I work alone most of the time, so I arrive early, set up the whole system, run the sound check, do the show, then fold it all up when it’s done. For most of my concerts, I bring my own equipment. There’s this venue here called Humboldt Brews and they probably have a 300-person venue. They have a nice big complex system that I just learned to operate. It’s the kind of place where I stay up and work until one or two in the morning, if not later. Sometimes when you’re getting ready for a DJ, your breakdown is super easy, maybe four or five cables. Yesterday, I made this ska group which had nine people. So it was a lot of work to get there.

Sometimes I have a farmers market in the morning and then I have a big gig that night. If I can just get home and be in bed for about an hour before I get up, shower, and get ready to go again, that will usually get me back on track.

On the nights I’m not working, I usually try to stay up a bit late to watch stuff just to fit that schedule. Around 1am-1:30am is when I’m behind the board, tucking in all the cables. And then sometimes I work in the casinos here, and I have to load everything onto the carts and take them all out. I need to be active and move around and not be grumpy if possible.

My band is a strange combination of fusion, gypsy jazz and bluegrass. Everything is mixed up. And we really try to make music that’s interesting and exciting to play. I like to say it’s like Django Reinhardt, Bela Fleck, Frank Zappa and Phish got together.

We were a quintet, but now we are a quartet. We used to have a fifth who was the mandolin player. He was a very good player and a very good songwriter. But it was a great early riser, waking up at four or five in the morning. Sometimes we would do a little weekend tour and the first night he was fine but then we would go to bed at 2 or 3 in the morning and he would wake up at 4 or 5 in the morning when we were all on the train of sleeping. And then that second day, he was just getting super grumpy. He couldn’t do it. He couldn’t sleep. He wanted to play yoga festivals at 10 a.m. It was so funny because I’m a late night person. this is where I live.

After late nights you have to go home and relax a bit, so I usually watch something and sometimes eat after work. I’m going to make food and futz for an hour or two before finally going to bed. Every once in a while I have a day where I’d do a concert on Friday night until late, then stay up for an hour or two, then do the farmers market in the morning, then a concert that night and stay up late again. Usually after that I come home and break down – especially lately, because I’m getting older. It’s been a lot of work lately, because it’s summer and I’m going to crash around 9 or 10 p.m. and then I’ll end up waking up again around midnight.

My nights off I usually try to hang out with a friend or my girlfriend, especially if it’s a weekend night because it’s like “Hey, I’ve got a weekend night free!” My girlfriend has an early bird job – she has to be at work at 8 in the morning. She is one of those “sleepless elites”. They can only exist on two to four hours of sleep per night. It’s a small percentage of the population that can get away with it. So she can stay up late and go out until midnight or later.

I have a nice little bedroom. It has a queen size bed. I just bought a Saatva mattress at the start of the pandemic. It’s pretty good. I had a futon before. I had a futon for years, then finally put a soft little topper on it. It hurt my hip. Every once in a while my hips hurt from sleeping on this thing. It’s probably a medium-firm mattress. I would have liked the edge to be a little firmer. I’m 6’3″ and have it pretty high off the ground so getting down is like whoosh.

My girlfriend has a really soft mattress and I always feel like I sink too much, and then when I roll over I have to get out of the divot. I am a light sleeper when someone else is in bed. I’ve been mostly single all my life so sometimes sleeping next to another person is quite difficult – unless it’s a king size bed and there’s plenty of room to separate or the other person be prepared not to snuggle up all night. I only do it on days when I have nothing to do.

I have vivid dreams. I had this awesome dream the other night where I was going to play a gig in Minnesota with my band for some reason, and I was walking around the hotel before, then I saw two of my friends from high school who were at the Hotel. I was like, “GUYS!! WHAT’S NEW!”

I texted them the next day: “Thank you for coming to the concert!”

Tricia Romano is an award-winning journalist who has written for The Daily Beast, The New York Times, Voice of the Village, Spin, and Radar magazine. She is the former editor of The Stranger and was a staff writer at the Seattle Times. It won Best Feature Film at the Newswomen’s Club of New York Front Page Award for her Voice of the village cover story on sober DJs and nightlife industry promoters,”The sober group.” She is currently working on her first book on Village voice.