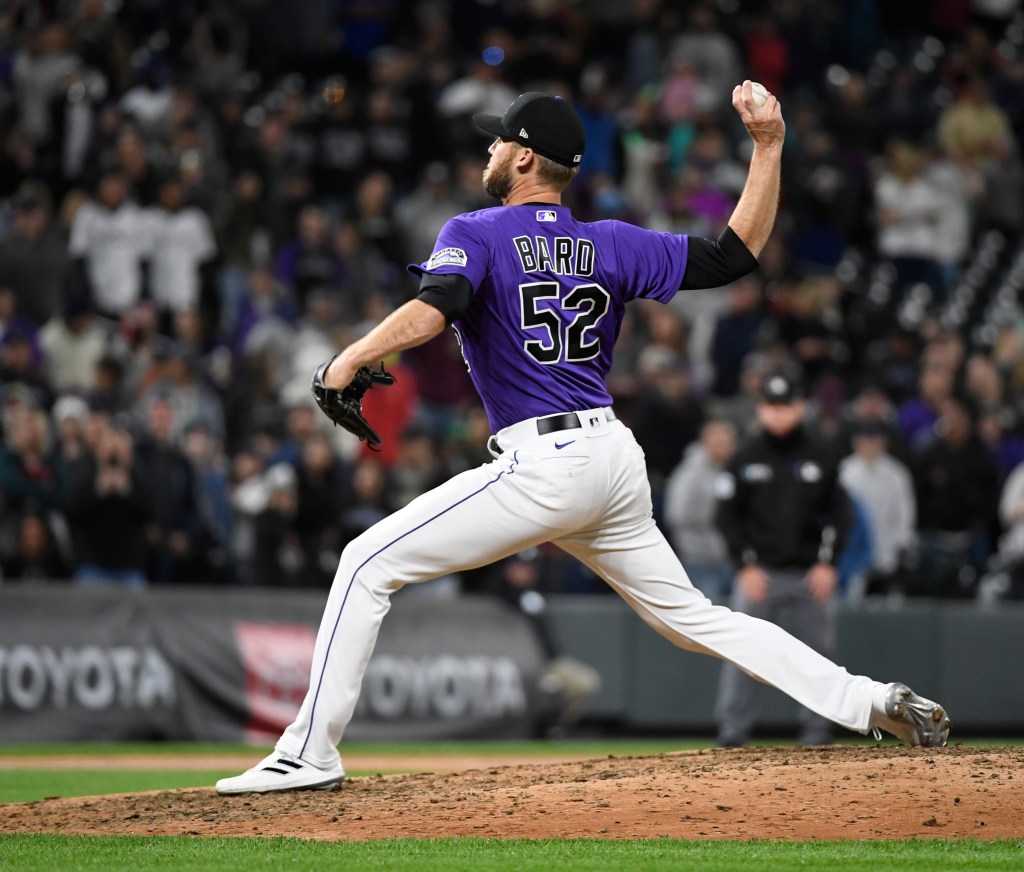 After more than four decades in the game, Rockies manager Bud Black has been all over baseball, man. Seen and heard everything.

Then, on a recent spring night in Colorado, the peace of his potty break midway through the ninth round of a close contest was shattered by the churning of guitar and the shrill lyrics of Ted Nugent.

“Ted Nugent! Crazy Motor City! Black declared, rushing from the bathroom near the Rockies dugout to find out what all the fuss was about.

Here I come back now baby,

Reliever Daniel Bard, one of the most notable recent comeback stories in the sport, as well as a protagonist of one of the most unlikely major league playoff contenders at the start of the season, had left the bullpen. Rockies and was ready to close out the ninth inning.

As he took the mound, Coors Field’s speakers blared “Stranglehold,” a gloriously nerdy classic rock mayhem track released to an unsuspecting world by Nugent in 1975, nearly 10 years before Bard was born.

“You’re always looking for a song that has good energy and vibe for you and the crowd…And this one seems to have struck a chord,” Bard said Thursday afternoon, after putting the point of exclamation on a 9-7 victory against Washington, allowing a much-maligned Colorado team that should be among the worst in the National League to improve its record to 15-10.

I caught you in a vise baby,

You better get away with it

In his third season since resurrecting a career left for dead in the air in Colorado, where pitchers often go to die, and after conquering a well-documented battle with the yips that kept him sidelined of show business for seven long years, Bard currently ranks third in the NL with eight saves.

But the real rock ‘n roll poetry of this comeback story might be Bard’s recent decision to resume using “Stranglehold” as his lead song. It’s the same tune that heralded the right-hander’s entry into the game when he was a mean, confident reliever with the Boston Red Sox from 2009 to 2013, before he completely forgot how to throw. a baseball for a strike.

“I want to know how Bard knows Ted Nugent!” I have to get to the bottom of it,” Black said. “Go talk to him.”

So for a change, I followed orders and did what I was told. Went to hang out in the Rockies clubhouse, waiting for Bard to finish his post-game meal, to solve the mystery of a 36-year-old athlete’s affection for the music of 73-year-old fighter Nugent. years old, goofball and notoriously outspoken advocate for the Second Amendment.

“A friend at the University of North Carolina was a huge Ted Nugent fan. I don’t know why. But he exposed me to music,” Bard said. “So I knew about ‘Stranglehold.’ And I started using it in the minor leagues as soon as I got drafted. I used it for the first time in 2007.

And if a house bothers me baby,

You will know that I will burn it down

When Bard finally conquered his demons, rediscovered the ability to throw punches, and knocked the Rockies out of spring training in 2020, his walking song was Pearl Jam’s “Alive.”

He won four games, recorded six saves during this pandemic-ridden season and was named NL Returning Player of the Year.

But maybe the real sign that Bard is all the way back wasn’t declared with a big, bold exclamation mark until this homestand, when he dropped the Texas honky-tonk swing of “Nothin Ryan Bingham’s ‘Holds Me Down’ on his way out of the bullpen and decided to turn up the noise by his old buddy, the Motor City Madman.

“When I started throwing again a few years ago, I didn’t want to live up to the old version of myself,” Bard said. “Ironically, I wear No. 52 now. I wore No. 51 in Boston. I did it because I was trying to be the 2.0 version of me. That’s how I had to think about it. But now I’m past all that.

How long can rambling little Rockies hang out with the Dodgers, Giants and Padres in the Wild West of Newfoundland and Labrador?

Is it possible for Bard to maintain something resembling the £1.80 ERA he achieved in 10 relief appearances?

Would you dare invite the Motor City Madman to your Memorial Day barbecue and trust him not to rub your grandmother’s famous potato salad on his chest?

Yes, these are all absurd propositions, just as unlikely as a classic 1975 rock song becoming a summer hit to sing at Coors Field.

But, for now, isn’t it fun to consider the crazy possibilities?

I strangled you baby

You better trust your fate