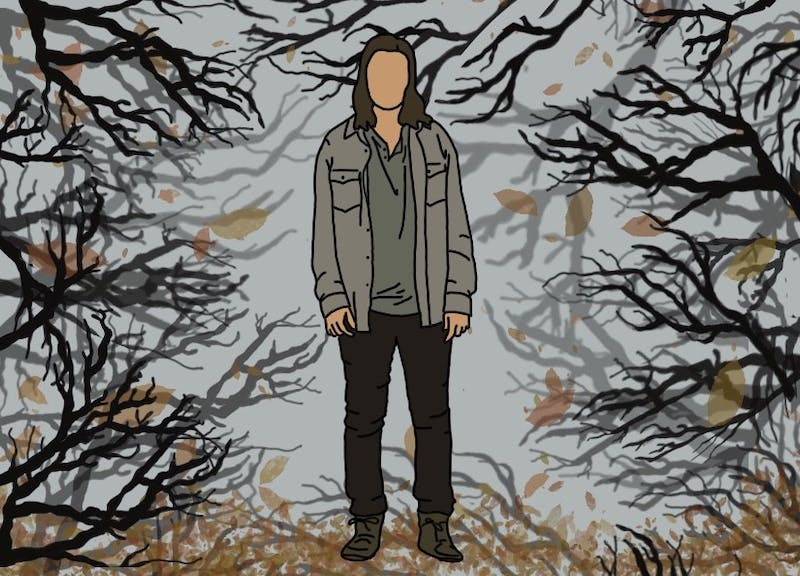 Fueled by a sense of deep nostalgia, the new album explores homesickness and homesickness through a strong sense of people and places.


Growing up in a desert town, I never thought I would be so deeply connected to an album written about a small town in Vermont. Yet Noah Kahan’s “Stick Season,” released Oct. 14, perfectly epitomizes the transition period between fall and winter in New England — something Dartmouth students know all too well. For the Dartmouth community, this album is already a community treasure: Kahan graduated from Hanover High School and draws on his education in Strafford, Vt. and Hanover in the album. Whether a native of New England or someone who has never been there, Kahan has created widespread nostalgia for the region through the album.

Kahan said in an interview with Insider that stick season is “the period between peak foliage and Halloween and the first snow – when all the leaves have fallen from the trees. It is a period of transition. And it’s super depressing. Mimicking that dark time of year, the album is full of transitions around leaving home, growing up, and getting help for mental health. Kahan further highlights the transition from quarantine to semi-normal life as “Stick Season” addresses the inability to leave home due to “COVID on planes.”

The first two tracks of the album, “Northern Attitude” and “Stick Season”, were released before the rest of the album and gained popularity on TikTok: “Stick Season” was released on July 8 with the release of ” Northern Attitude”. September 16. Stick Season immediately became a Dartmouth anthem to me, even though I was extremely far from Hanover at the time. The lyrics “I love Vermont” and “I’ll dream every night about a version of you” immediately made me think of autumn in Hanover.

The ties to Hanover continue throughout the album. In “Come Over”, Kahan sings “a sad house in rue Balch”, possibly referring to rue de Hanover. Then, in “New Perspective”, Kahan describes “the intersection has a target and they call it downtown”, which reminds me of the target in west Lebanon that opened recently. Even as a relatively new resident of Hannover, the connection to this city was incredibly resonant. The lyrics throughout the album remind me of how much I grew up here and how Hannover will always be a part of where I grew up.

Along with a sense of place, Kahan also draws on a deep sense of nostalgia for people from his teenage years throughout the album. “All My Love” is a beautiful song that references a past love, as Kahan sings “Now I know your name, but not who you are. It’s alright. There’s not a drop of bad blood. This upbeat song makes my heart ache as Kahan reminisces about old relationships still filled with love.”Strawberry Wine” continues the feeling of lost youth and lost love with the lyrics, “Strawberry wine, and all time we used to have. Those things that I miss but know will never come back. Kahan’s masterful instrumentalism is highlighted with “Strawberry Wine” as the final two minutes are filled with melodic instrumental guitar and Kahan vocalizing and hissing.

“Come Over” is my current favorite on the album because it gives off a similar high school reminiscence feeling, while also addressing the fear of financial insecurity beautifully. The bridge of this song will keep repeating itself in my mind as Kahan describes the feeling of inviting a stranger into his space: “I know it’s not much, I know it’s not cool. Oh, you don’t have to tell the other kids at school. My father will become rich, we will be the big house in the neighborhood. One day I will be someone people want. Kahan reveals small details about his family life, such as their “sad home”, while expressing the overriding desire to be wanted. The intimate inclusion of these vague – but powerful – lyrics reinforces “Come Over”.

Along with the seasonal New England nostalgia, mental health is a deep theme on the album. In the second verse of “Stick Season”, Kahan sings, “So I thought if I piled something good on top of all my bad, I could undo the darkness I inherited from daddy.” Kahan highlights her experience in therapy in the song “Growing Sideways” which opens with “So I took my meds and vented my trauma.” Kahan also talks about relapse struggles in recovering sanity in the same song. In the second verse, he writes that he forgets his meds and drives with an empty engine, but “there are worse ways to stay alive.” These “worst ways” are alluded to with Kahan’s frequent references to alcoholism throughout the album. “Orange Juice” specifically captures the painful struggle of a friend’s alcoholism in a heartbreakingly beautiful song.

The album also evokes the desire to leave one’s home, while being haunted by the place and the people connected to it. In “Halloween”, Kahan sings “The ashes of the house I lit the fire in”, and is always followed by “the ghost you are disguised as”. Then, in a much more optimistic “homesickness,” Kahan laments small-town communities that don’t change. The happy-sad combination of this song emphasizes the love and the desire to leave home that exist at the same time. By using the word homesick to both describe homesickness and homesickness, Kahan really emphasizes the unique experience of loving and hating his hometown.

The final track “The View Between Villages” feels like waking up from this hibernation and includes one of the most beautiful moments of this album – the crescendo of this song which coincides with Kahan’s return home. Kahan references the crossing of Alger Brook Road, a road in Strafford, Vermont, and continues to build through memories of his dog, people he knew, and people he lost. Then the crescendo ends as Kahan sings “I’m back between the villages and all is quiet.”

This album will certainly get me through any future fall and winter terms when the weather in Hannover will be particularly difficult. But even if you’re not experiencing stick season in New England, the album captures complicated feelings of home for everyone. Whether the listener has a New England connection or not, the nostalgia and growth Kahan captured is universal.