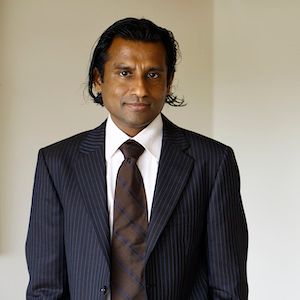 According to a recent study, non-pharmacological interventions may be effective in improving sleep hygiene in medical and surgical patients.

Improving inpatient sleep, therefore, was considered necessary and relevant as a research topic by the investigators of this study led by Eva S. van den Ende, MD, and Prabath WB Nanayakkara, MD, PhD. , from the internal department of the UMC in Amsterdam. Medicine Section of Acute Medicine.

“Popular pharmacological interventions to improve sleep are the use of benzodiazepines and melatonin,” van den Ende and colleagues wrote. “However, there is insufficient evidence of the success of these drugs in hospitalized patients. A systematic review and meta-analysis reported that the benefits often do not outweigh the risks of the drugs.

Because of these risks and the potential for negative outcomes, non-pharmacological intervention was considered an important topic of interest.

Investigators recruited a total of 374 patients for the non-randomized trial, each included if they had been admitted to one of the 3 participating hospital wards, had spent one night in hospital and were 18 years of age or older.

The research team developed a sleep pack that contained an overview of sleep hygiene tips and tricks, as well as tools such as caffeine-free tea, earplugs, aromatherapy oil and response codes for soothing music, mindfulness, and audio-guided imagery. Researchers also held training sessions for nurses on the importance of sleep, and quizzes were designed to test knowledge after the session.

They also changed medications and vital signs checks at slightly later times. Patients received a sleep recording bracelet, which detects movements in order to measure sleep. Patients would complete questionnaires regarding their previous nights’ sleep, interviewing before 11 a.m. to allow for maximum minimization of recall bias.

Investigators measured participants’ sleep using actigraphy as well as the Dutch-Flemish Patient-Reported Outcome Measurement Information System. Additionally, other patient outcomes that were assessed were patient-reported sleep disturbance factors and their use of provided sleep enhancement tools.

The intervention group was 152 patients and the control group was 222, the median age being 65 years. A total of 331 participants were included in the overall assessment. For the intervention group, total sleep time was 40 minutes longer than that of the control group due to 30-minute wake delays. However, sleep quality was not substantially different between the two groups.

The latest delays in wake-up time and the postponement of morning nursing rounds were welcomed by people working at the hospital, and they continued even after the study ended. The investigators found no significant difference in the nurses’ dispensing of medications that might improve or disrupt sleep. They recommend this change in weather, citing its benefits for hospital patients’ sleep and general simplicity.

The investigators also found that the main factors disrupting sleep were pain, ambient light and noise, visits to the bathroom and the awakening of patients by staff. They also found that among the donated sleep aids, sleep masks and earplugs were used the most (16% and 12%, respectively). Significant decreases in nighttime vital sign checks were observed (intervention: 11%; control: 54%; P

“Future research could focus on whether more comfortable sleep masks and earplugs would increase popularity and whether there are alternatives to attenuate external stimuli at the patient level without completely cutting the patient off from the patient. outside world (like a dome designed to reduce exposure to sound and light),” they wrote.