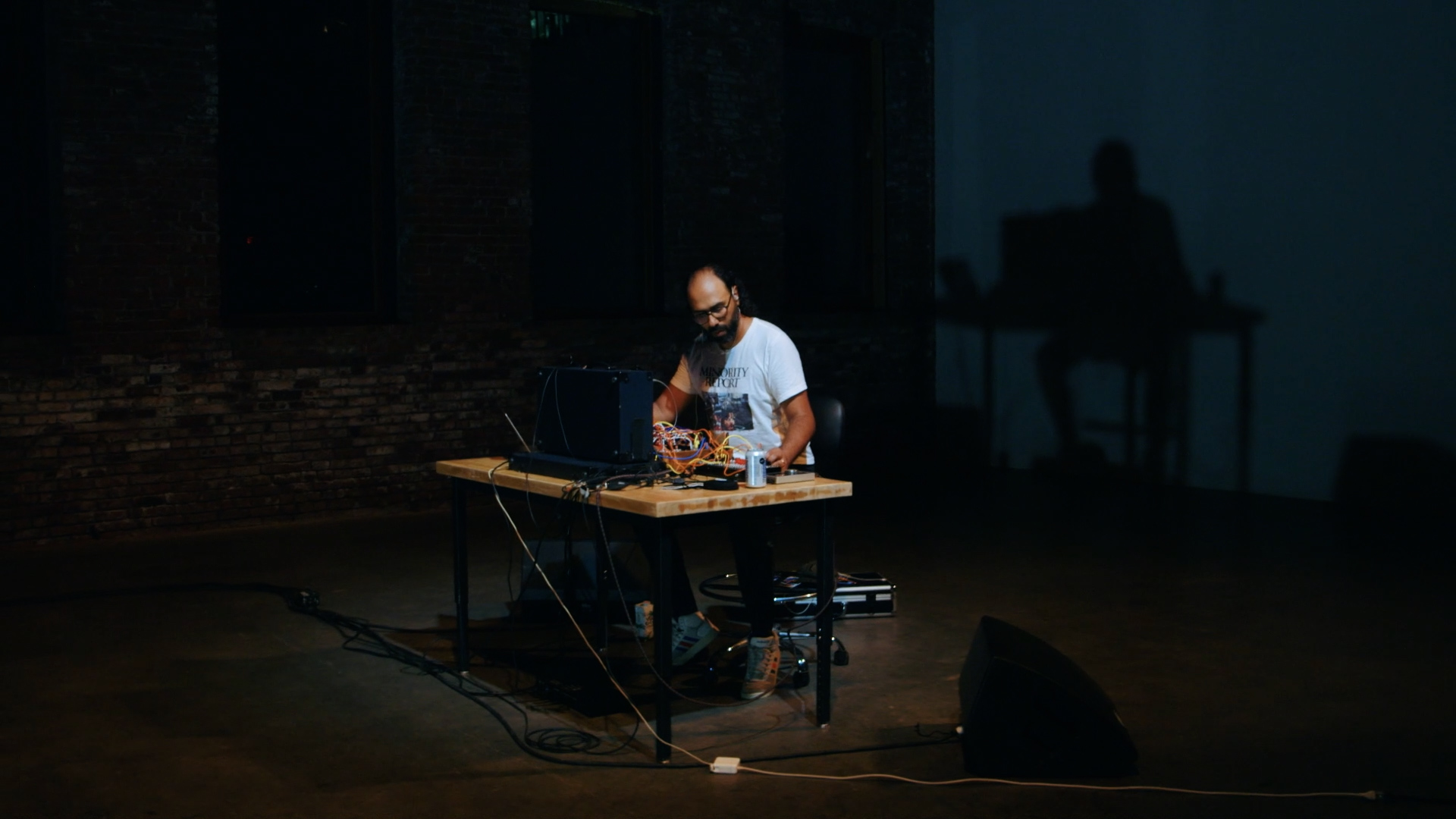 An extended modular performance by artist Erased Tapes and co-founder of Dawn of Midi.

Pakistani-American musician Qasim Naqvi is perhaps best known as a founding member of the acoustic trio Dawn of Midi, in which he has been playing drums since 2007. Apart from his work in Dawn of Midi, Naqvi is a solo artist accomplished whose compositions have been performed. by ensembles including the London Contemporary Orchestra and the Chicago Symphony Orchestra, and has soundtracked to numerous films and documentaries.

Naqvi’s recent solo releases, such as Teenages 2019 and Beta 2020, have made extensive use of synthesizers and modular systems. In this episode of Patch Notes, we invited Naqvi to perform at Pioneer Works, a non-profit cultural center in Redhook, Brooklyn.

â€œThe building dates from 1866 and was originally a railway factory,â€ Naqvi explains. â€œToday, it’s a huge performing arts space. With my equipment, I merged two systems that I have been configuring for a few years, a Verbos system and a Serge system. I also used a few random mods to hook everything up: a Quad VCA from Intellijel and an X-Pan stereo mod from Make Noise as the final output.

â€œThe acoustics are huge at Pioneer Works and we set everything up where the audience usually stands, so I was facing the house system,â€ he explains. â€œIt was quite powerful to feel the music coming directly from this monstrous system. It definitely affected my choices. I wanted to embrace all the dynamics of space, exploring a range of very dense sounds with rhythmic ideas, at more sparse and calm times. It was also an extremely hot day and there was no air conditioning in the building. At one point it looked like a clay oven.

The piece performed by Naqvi is called â€œYes Mammalâ€ and was originally titled â€œMusic for Modular Synthesizer, Dim Lamp and One Developing Melodyâ€. â€œI wrote it in June for my first show in New York after a year and a half of inactivity,â€ he explains. â€œIt has evolved since then and I wanted to share it with Fact. “

â€œI have worked in acoustic music for a long time, where I write songs that I then share with a group or an individual to perform them. And from there, they made it into something bigger. With the modular, I translated this way of thinking. Lately I’ve been writing a song or a sketch and giving it to an entity, in this case the synthesizer, and letting it expand the music to more than just notes on the page. This piece is written freely and I improvise with the material using the infinite possibilities of the modular synthesizer to give it shape in the moment. I like to see it as a live orchestration but with tension.

Naqvi has typically used this large-scale modular setup in the past to perform, but more recently has experimented with lean systems for use in live performance environments. â€œI create different, smaller hybrid setups that are more suited to the pieces I write,â€ he says. â€œI always use this whole system when needed, but it has been an interesting exercise to lose weight every now and then and earn more with less. “

Naqvi’s most recent release is an EP called Chronology, which was released on Erased Tapes. â€œIt was done entirely on a very old and broken Minimoog synthesizer. It’s a special album that I made with a great relic.

Naqvi filmed two takes for the performance, one that was edited for video and another, unused, alternative take. You can hear both versions in their entirety below.