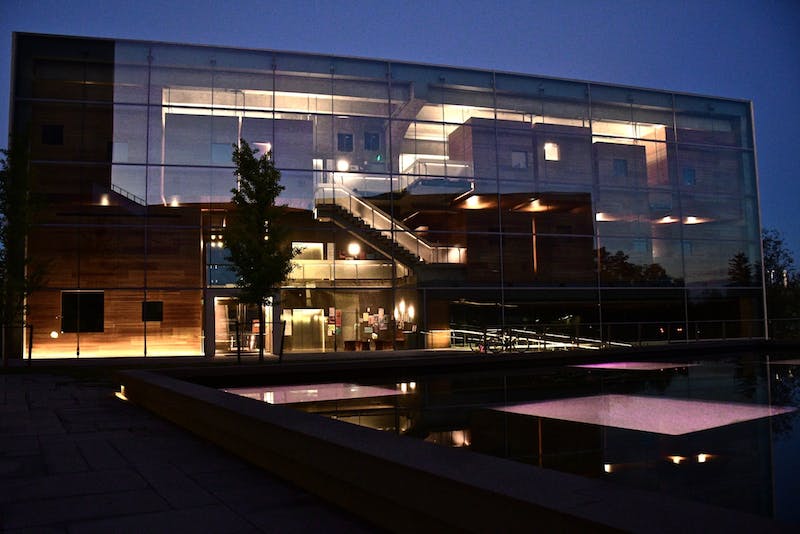 Lately I’ve been thinking about Lamp a lot. Active from the early 2000s, Lamp is a Japanese group that draws on a number of disparate styles including jazz, chamber pop (as the genre was conceived at the time) and pop rock. Blending all of these genres into something greater than the sum of its parts, Lamp writes minimally produced songs on which the lead singer’s voice can soar.

I like to play this kind of music for a number of occasions, whether it’s going to class, as background music during my studies, or whatever. I’ve found, honestly, that I probably listen to it and its ilk – Japanese pop and K-pop of the 70s and 80s – much more often than music with lyrics written in English. In particular, I think I have come to like this music because I don’t understand it.

Let me explain a bit more. By not understanding Japanese, Korean, or almost any other foreign language, I am fortunate not to have to worry about what a singer is trying to tell me specifically. It’s not something I can sort out in English, for obvious reasons; it’s pretty clear to me that in Kacey Musgraves’ song â€œcamera rollâ€ from his recent â€œstar-crossedâ€, there is a sense of lamentation over a broken relationship that cannot be ignored or reinterpreted.

In the history of classical music, this latter type of writing, where the composer seeks to advance a particular narrative or scenario, is called “programmatic”. It appears in such famous plays as Beethoven’s “Egmont Overture”, which is particularly notable for the clarity with which it signals Goethe’s classic story of the same name – the “scene” of the main character’s death is marked by a very suggestive unison descent on the ropes. , indicating the literal fall of Egmont’s severed head (or, depending on the interpretation, that of his mistress KlÃ¤rchen).

It goes without saying that there is clearly a place for this kind of music. Programmatic music is, of course, the basis of genres like opera itself, and there is a brilliance in the nature of clear storytelling throughout the music that has given rise to iconic motifs, like the line of threatening bass by Prokofiev in the excerpt “Montagues et Capulets”. of his own “Romeo and Juliet”, or the undulating waves of strings that keep coming back in “The Flying Dutchman” by Wagner.

These types of programmatic elements and devices are also alive and well in music today. I was recently informed that the chord progression in Lorde’s “Secrets from a Girl (Who’s Seen it All)” is a reversal of that of her previous “Ribs”. I can see the value of this kind of device, as well as the very literal interpretation that it represents a reversal of views and mentalities in “Ribs”, but that doesn’t change my opinion of the song, nor of it. the album as a whole. In a piece, any sort of extrinsic musical device must be at the service of the music itself, and not the other way around.

Simply put, there are times when I just can’t bring myself to care.

We listen to music largely because the intricacies of well-crafted harmonic and melodic structures in great tracks or songs make us feel at levels that words alone cannot. To dwell a bit more on classical music, I like to listen to works without worrying about relevant outside influences, because it allows me to forge my own understanding. The original poem on which Schoenberg’s “Transfigured Night” is based is a beautiful poem, relating sin and forgiveness, and yet I would say the play loses nothing when taken out of it; the entry of the cello in the fourth movement is just as lovely, and the nuances of texture that follow it lose nothing of their percolating brilliance.

The same, in fact, applies to more modern popular music, when it is removed from its lyrics. As of this writing, I still have no idea what it says in Lamp’s “Behind the Moon’s Shadow”, but I feel like I understand it in my own way, relating it to my own. own experiences and feelings. The diminished and augmented dissonances of the low-key accompaniment – when paired with the extraordinarily pastoral melody in unison throughout the song – evoke a melancholy bliss, like resigned relief at having returned to a dark and dark house. empty after a long journey.

It must be clear that this reflection is deeply personal. I find the versatility in being able to enjoy the music when I can apply it to myself without being told how I feel. At the same time, I hope that the above consideration of the great programmatic works over the centuries is revealing enough that there is certainly a place and a time for them as well. As for me, however, I’m going to spend a little more time immersing myself in music that I can’t – and won’t – understand.

Aster Zhang is associate editor for The Prospect which writes about music and food, often specific to the Princeton community. They can be reached at brentonz@princeton.edu, or on Twitter at @aster_zh.

Get the best of ‘the prince’ delivered straight to your inbox. Subscribe now “