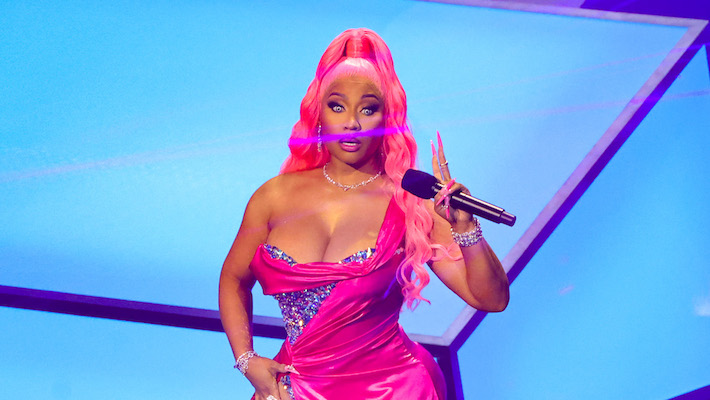 The original version of the track proved to be an instant classic for Minaj, and now, “Super Freaky Girl” continues to be a standout moment in hip-hop. On the verse of JT of City Girls, the Miami native confidently proclaims, “I’m the princess of this shit and a fucking gang member.”

Equally powerful, Bia reminds her competitors that she’s a force to be reckoned with, as she raps “I’m just the realest bitch you see, when Nicki takes the shot.”

Equally raunchy is Akbar V’s verse, on which she calls for someone to “put that D down my throat / no gag reflex, I’m never gonna choke.”

Maliibu Miitch delivers the penultimate verse, promising, “I’ll put that pussy on him, make him sleep like NyQuil.”

Last but not least, the closing verse only goes to Minaj’s alter ego, Roman, who reminds haters to “keep your two cents, it’s not a yard.”

Last month, Minaj accepted the Video Vanguard Award at the MTV Video Music Awards. During her speech, she thanked several artists who opened doors for her, including Lil Wayne, Mariah Carey, Foxy Brown, Lauryn Hill, Beyoncé, Jay-Z, Slick Rick and Doug E. Fresh. With this remix, she continues to open the doors to a whole generation of young female rappers.