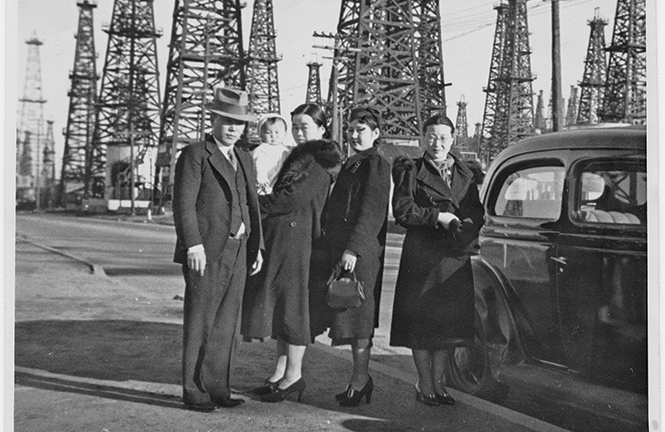 The Moab Music Festival has been, since its inception in 1992, a space that unites the cultural beauty of music with an equally magnificent landscape; their slogan, “music in concert with the landscape”, could not perhaps be truer. However, with Lost Freedom: As told by George Takei, it will become even more appropriate, as memories of the American West’s ties to the Japanese-American internment camps of World War II are unearthed and deservedly honored.

The festival’s music director and one of its founders, Michael Barrett, were unaware that just 10 kilometers from Moab lay the arid remains of a World War II Japanese-American isolation center called Dalton Wells. . â€œI only heard about the Dalton Wells camp five or six years agoâ€¦ how is it?â€ Barret said. “I’m an educated person … So how did this happen? Why was it so quiet?”

The feeling is relatable. Even for those who have spent their lives in Utah, or even in the West in general, the extent of the forced relocation of Japanese-Americans during the war, and thereafter, the racism that continues to this day, is overlooked. ‘hui. Lost freedom unites this past with our present by presenting the childhood story of actor George Takei who grew up in internment camps (first in California, then in Arkansas), which will be accompanied by a play by chamber music by composer and violist Kenji Bunch and help from Barrett in perfecting the text.

Bunch, unlike Takei, was born long after the war years in the predominantly white Pacific Northwest, where his father’s fourth-generation Oregonian status helped keep his mother from recognizing his Japanese side. . He never even knew the history of the internment camps until he saw The Karate Kid. As he grew older, however, and learning more about the camps, he found himself on his own path to connect with their history, a path that would eventually lead to Lost freedom.

“Where it all really started was about five years ago, [when] I was at a festival in Sun Valley, Idaho, â€Bunch says. â€œI had learned that the Minidoka resettlement center site was only an hour from Sun Valley. I drove an hour’s drive early in the morning on my way back to Portland and toured the site on my own. … It was just a really powerful place to visit. I ended up writing a piece for solo viola for myself. “

The play, titled Minidoka, is mainly based on a small stream in the camp, where Bunch found a plaque explaining that prisoners would get as close to the barbed wire fence as possible to see the moving water from the stream, as it did brought comfort. “I thought about it when I wrote the play. I thought about trying to heal the earth itself … Healing, for me, is something that motivates me a lot in the music I write. “, he explains. â€œMore and more I find myself thinking about this kind of transgenerational racial healing. I have children, I have a nine year old daughter and a six year old son, and if we were about 70 years ago, we would have raised our children there. “

After programming Minidoka At the Moab Music Festival two years ago, Bunch and Barrett started talking about the Dalton Wells site, so close, and the idea for a bigger track on the subject came between them, with Takei starring. It was a clear choice – Barrett had worked with Takei in the past, and Takei had long told his story in different formats, like his graphic novel. They called us enemy.

And for Bunch, his framing provides specific inspiration. “What I think is so convincing about [Takei’s] the story and the way he tells it is that he was just a kid, “he says.” We can’t all understand being Japanese-American or Asian-American, or [part of] a marginalized community, but we can all relate to being a child. “

Takei’s story includes bittersweet details like the fact that although his family was first moved to converted stables, the five-year-old Takei found pleasure and excitement in the idea of â€‹â€‹sleeping “with the horses”. â€œI think that’s really my entry point,â€ Bunch adds. â€œMy job, as I see it as a songwriter, is to help highlight humanity here …

The world premiere of Lost freedom will be joined by a performance of Minidoka, and music from other Japanese Americans, including percussionist and composer Andy Akiho, as well as Paul Chihara, a camp survivor who actually spent three years of his childhood in the Minidoka internment camp. “It was all conceived before this resurgent wave of anti-Asian hatred and in this sense it is so sadly timely to remember this story, and to remember [that] the practice of tampering with Asians has been around since there were Asians in this country, â€says Bunch. â€œIt is a long history of constant oppression, harassment and prejudice. I want it to be better for my children. “

Moab Music Festival runs from August 30 to September 16, and Lost freedom will debut on September 4 at 7 p.m., on the lawn of Red Cliffs Lodge, overlooking the scenic Colorado River. Tickets are $ 40 on moabmusicfest.org.