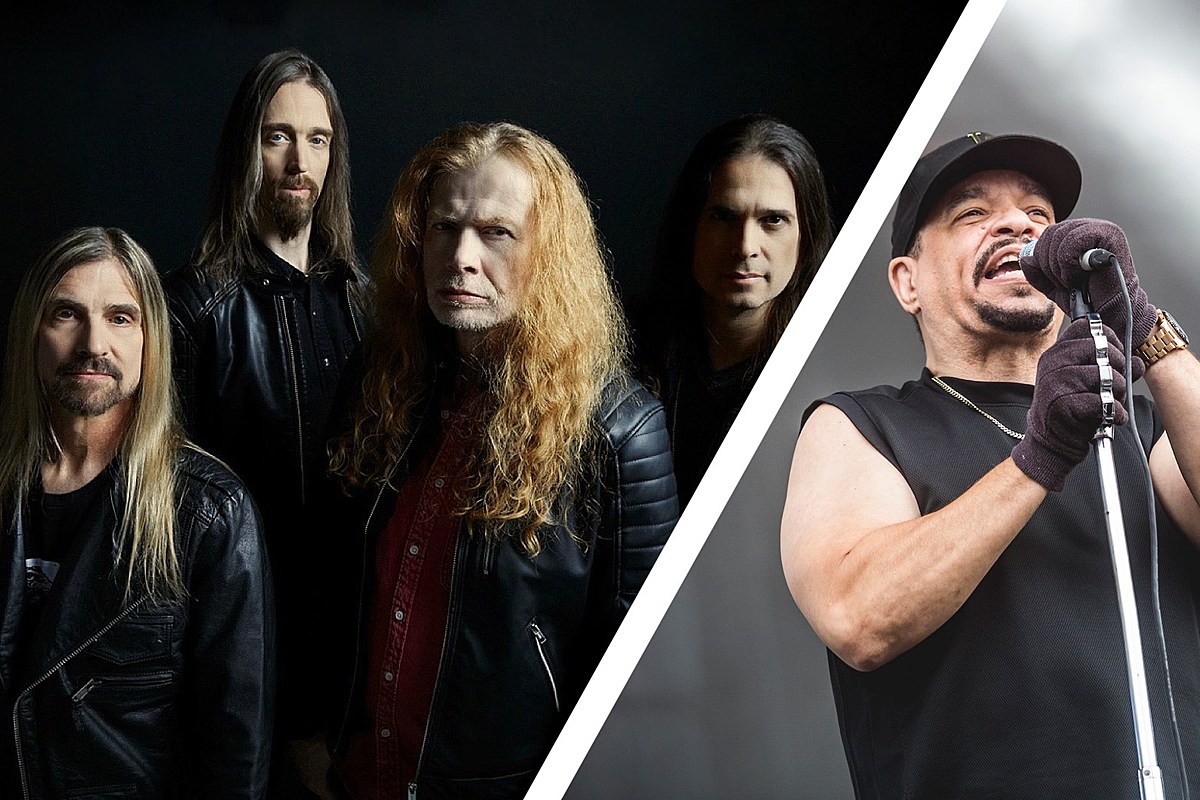 Megadeth released the new song “Night Stalkers” featuring Ice-T on Friday, July 22. It’s the second single from the metal band’s upcoming album. The sick, the dying… and the dead!

Ice-T, of course, is the hip-hop artist and actor behind rap-metal band Body Count.

Listen to “Night Stalkers” at the bottom of this article and look for the music video available at 10 a.m. ET.

The track followed the introduction of Megadeth The sick, the dying… and the dead! single, “We’ll Be Back” from last month. Both are part of the track listing for the LP which will be released in September. Along with a future Megadeth single, each is also part of a trilogy of music videos.

Last year, longtime Megadeth bassist David Ellefson was fired from the band amid a sex scandal. Bassist James LoMenzo replaced him permanently after Steve Di Giorgio of Testament stepped in to record bass on the album. The sick, the dying… and the dead! also marks the studio debut of Megadeth by Dirk Verbeuren, the drummer who joined the band in 2016 but had yet to play on record.

The sick, the dying… and the dead! arrives September 2. This summer, Megadeth hit the road with Five Finger Death Punch for a slew of shows across North America. Get tickets here.

Hidden in the moonlight night
Undetectable between skies, stars and seas
They seize the night when it’s dark, like inside a tomb
Faintly their flat black body armor shines, turn it on

From verdict, to deliverance, to punishment
Until the very last beat of a dead man’s pulse
You can hear the thunder roar, you can hear the engines roar
It makes the ground shake, warp and convulse

Lights out in the desert
Born to fight, ready to fight
Your death waits in the dark
And it stalks the night
Night Stalkers

Angels of death ride the waves of air
You barely see the pilots on this “zero-illum” night
The avenger is ready, now, as the targets close in
Tracer bullets, fired from the ground, behind enemy lines

In the dark, we’re under radio silence
Night vision on, green halos glow
It’s killing time, another lesson in violence
Bodies are piling up and the adrenaline starts flowing

The lights go out in the desert
Born to fight, ready to fight
Your death waits in the dark
And it stalks the night
Night Stalkers

Yo, when you hear four MH-47s
And the Black Hawk helicopters come in low
In the dark of night
Ranger Officer
And Delta Force Special Ops shooters
Locked and loaded
The game is over, bitches
I have you in my night vision
I’m about to let go of that 30mm cannon
You never saw us coming
So there’s no chance of running

Nothing you do can stop them
They gon’ get you, wanted you dead or alive
You can run, but you know they’ll find you
“Death waits in the dark”, and they own the night

The lights go out in the desert
Born to fight, ready to fight
Your death waits in the dark
And it stalks the night
(The night)

Hydra rockets are all locked and loaded
Laser-guided Hellfire missiles are ready and armed
Fingers scratching on thirty micro-micro triggers
They enter the fight, with all their targets acquired

Fly in “formation” like a black snake
Gliding tightly over the map of the earth
Cutting the silvery-bluish night fog into ribbons
It’s time to turn dirt back to dirt, yeah

An incredibly diverse collection of albums, ranked from worst to best!