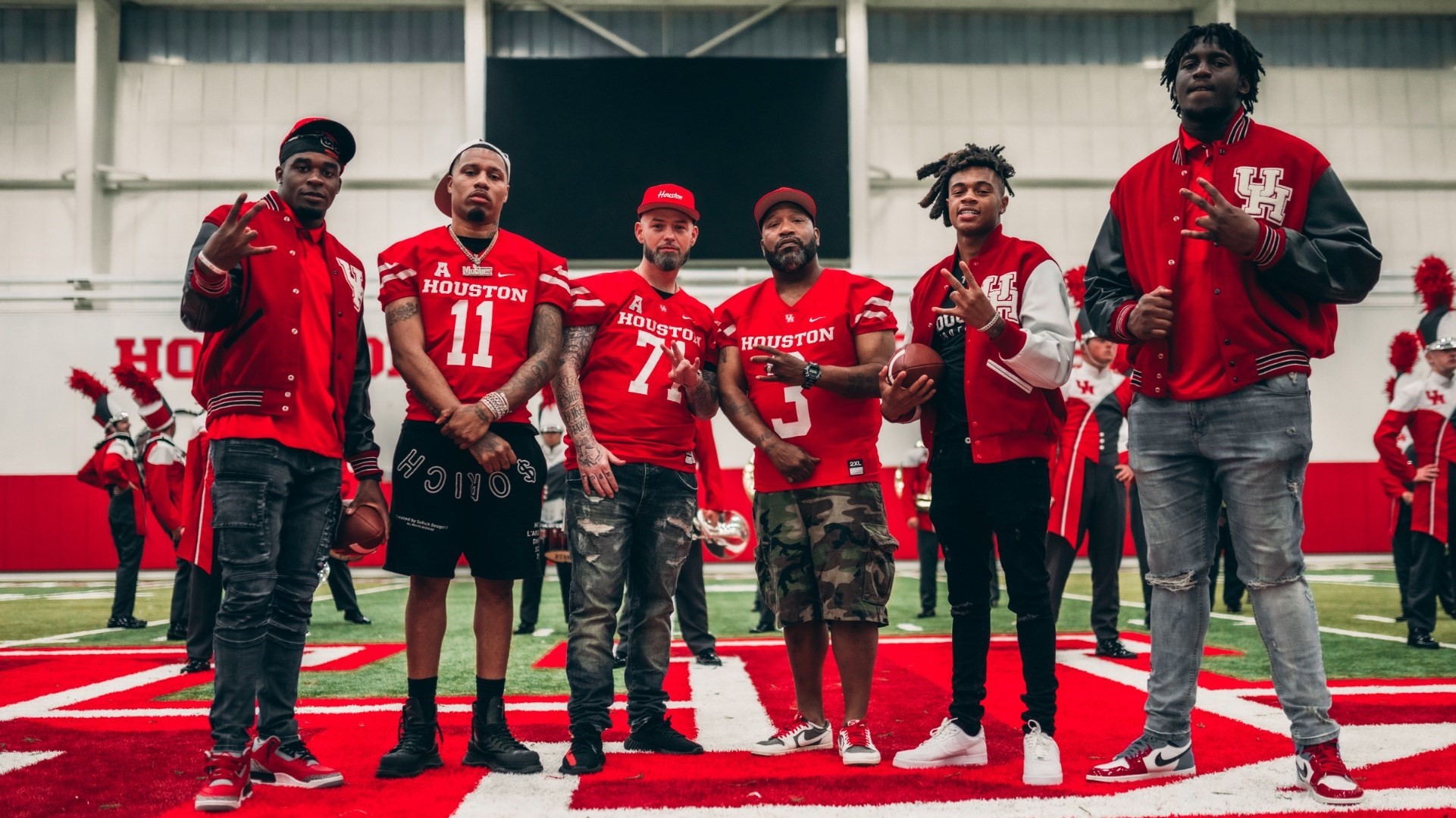 Paul Wall and Bun B hopped on a track produced by Houston’s XO and created “Red Alert,” which features the melody of “Womp Womp,” a fan favorite and UH band The Spirit of Houston, which is featured in the background of the video.

“I’m very proud to represent my alma mater,” said Wall, who studied mass communication at UH after graduating from Jersey Village High School. “Being able to do a fight song/theme song for my school is extremely sentimental.”

UH, which is ranked 24th in the preseason poll, opens the season at 2:30 p.m. Saturday (CBS Sports Network) against UTSA at the Alamodome. The Cougars play at Texas Tech the following week before their home opener against Kansas on September 17. The song will be played along with the team’s intro video ahead of home games this season.

“I’m thrilled to see the Cougars run their business this season, and even more excited to be a part of it,” Bun B said. “It’s all about baby Cougars!”

And that’s the hook of the song. Much like “Womp Womp,” the Paul Wall/Bun B collab repeats the chorus:

The lyrics are full of classic UH references, including a shout out to Shasta (RIP), Cullen Boulevard and Third Ward.

Here are the full lyrics to “Red Alert,” which debuted with a live performance at Friday night’s Cage Rage, the school’s annual pre-season rally:

What he does? We are passing;
It’s Paul Wall and I’m with the team;
Red and white, we are here to fight;
Spirit of Cougars is on point;
At the game, we keep it true;
Break them, I thought you knew;
The whole team is about to be on the news with the latest news, this is nothing new;
See, they can’t stand this Houston heat;
X and Os, XO on the rhythm;
Sign Cougar, it’s game time;
So rub your paws, we coming to eat;
Where is Shasta? This boy a beast;
Where is Sasha? We are about to feast;
Hold the line, they can’t compete;
Ring the fire, we’re playing for real;
Every day we grind the league;
The entire full team;
It’s time to work;
Draw the plan and call the games, we on the grass;
About to bring evil;
First place, we come for first place;
Over time, we know our value;
U of H is a red alert;
Come on Coogs, it’s a red alert.

Alright, y’all, it’s time to go;
Lights, showtime;
The competition just can’t compete, this game is over in no time;
When you enter TDECU;
You already know when we see you;
There is nothing fraudulent;
When you hit this yard;
This harsh speech? See through;
This red, this white;
These colors, no, they don’t run baby;
We rose to fight;
Put that on Paul Wall and Bun baby;
U of H do it baby;
Come see us at Trey;
Move that body, man we don’t play;
So when you see us, step aside;
H-Town, home of slabs, candy paint, bangin’ Screw, live from Third Ward, home of the great Floyd;
Incoming enemies, we cross;
U of H, we are stuntins;
There is no cappin or frontin;
You want us here on Cullen.