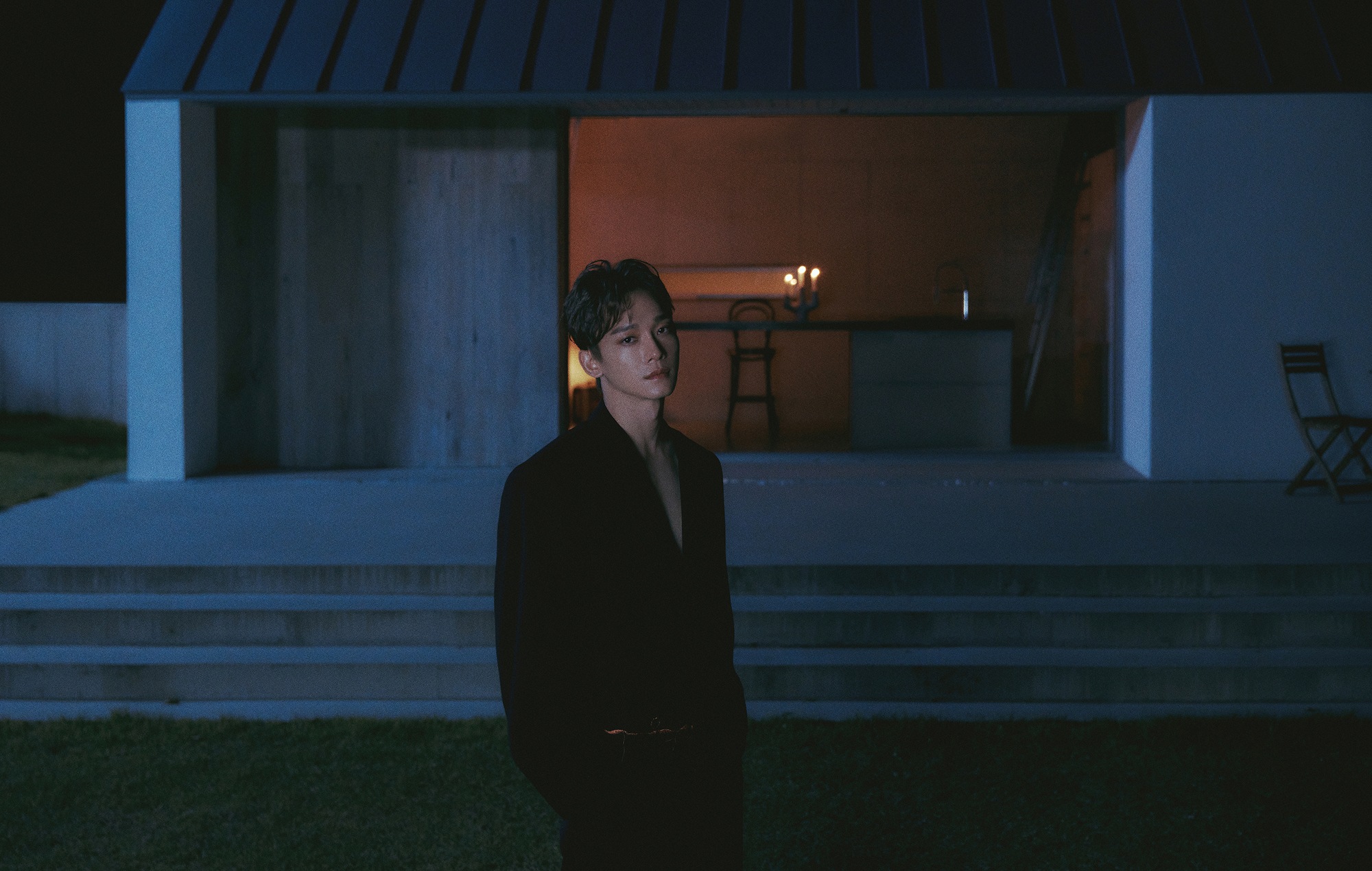 Since sharing his first solo mini album “April, And A Flower” in 2019, EXO’s Chen has carved out an artistic niche as one of K-pop’s most romantic singers. So far, her catalog feels like a diorama of love — from the bittersweet breakup of her debut single “Beautiful Goodbye” to the butterfly-filled new beginnings of “Shall We?”. On his latest mini-album ‘Last Scene’ – his first track in three years due to compulsory military service – he again weaves his way through different stages of a relationship, adding more colorful and heartfelt stories to this display.

Given the title of this new record, it’s fitting that Chen finds portraying the emotions necessary to bring these stories to life is an exercise akin to acting. “I often wonder what the protagonist [in the song] would feel or do in those exact moments,” he explains, his face weighed intently as he sits in a meeting room at SM Entertainment’s office. “What would I think, what would I feel if I was in this position?” It’s an approach he’s borrowed from his work on K-drama OSTs, which he’s been contributing to since 2014, two years after his debut with EXO: “I almost feel like an actor myself because I feel like I have to bring out the emotion of the song through my voice.

As Chen makes his comeback to music, he talks to NME on his return to the stage and in the studio, the meaning of love and his hopes for the future.

‘Last Scene’ is your first release in three years – how did it feel to come back to the industry and get back to writing and performing?

Chen: “Three years certainly wasn’t short and I really felt it during the break I had. There were a lot of flashback moments. [in that time] where I recall old memories and experiences. But I looked back and realized that I felt like coming home after a long time and felt very comfortable and happy to be back. In writing the songs there was a moment of introspection where I had to really look back and that process helped open my eyes and expand my view of the world and the way I thought about some things.

This is the first release of the thirties, a decade often associated with truly settling into adulthood after the exploration and discovery of the twenties. As you get older, how have your experiences and maturity impacted the artist you want to be and the stories you want to tell?

“They definitely had a lot of impact on my current music and I realize that in my twenties I received so much love, often times love that most people can never really receive in their life. It was a truly rare and quite valuable experience. I also really took this time to reflect and ask myself what love means to me. For me, it’s something that doesn’t have extravagant and pretentious decoration – something that is raw and in itself and somewhat organic. I really hope to become an artist who can share through my music how I see things and how I perceive different experiences and show my perspective on things.

“Last Scene” is such a beautiful yet moving song to come back with – what made you want to play along with this mini album?

“The first encounter I had with the A&R unit within the company, I had a chance to listen to a few contestants of other songs that could have been the title track of the EP. that I heard this track, it immediately clicked on me and I had no other thought that this is exactly what I want as a title track, so it was an instant instant, almost like a stroke of One part that really stood out to me and why I picked this song and what I felt when I heard it would be the melody and harmony, which really clicked with me and touched my heart. It made me remember things that are reminiscent of love in a way, so it was just something that I was very happy about from the start.

You wrote the lyrics to the song “I Don’t Even Mind,” which is about the complicated feelings of confessing your love for someone. Where does the inspiration for this song come from?

“Out of all the B-side tracks that came for my album, I realized that this one didn’t have fixed lyrics because it was a demo. In fact, it took a while to let it join the lyrics. In the demo, there was the phrase ‘I don’t even mind‘, which marked me. I wanted to keep that first impression of the song and still carry and show my own voice and I wanted to interpret it in my own way.

Your solo material, including this EP, has often touched on the many different aspects of love. What have you learned about love from writing and performing over the years?

“Love is something that we all experience and feel, but it is perceived very differently for each of us, so it is difficult for me to define and conclude what love is. [universally], but for me, love is about being honest and sincere with yourself and with your partner. If you really love someone, you must really love them for who they are. In order to know who they really are, you will also start showing your true self. This interaction allows both people to create this type of energy and chemistry. There are white lies that are often told between partners but eventually snowball into greater misunderstanding or lack of trust. Honesty is the wisest action and the bravest thing to do and plays a big role in defining what I think love is.

So far this year you’ve given a few performances here and there, including a stunning set at HallyuPopFest in London. How was it to come back on stage after so long?

“It was my first time in London, actually, for HallyuPopFest, and it was one of the first scenes I had after my break, so it was very, very memorable for me. I remember that my performance time was actually during the night, but on the day of the concert, from the morning until the moment I sang the first note, I was nervous all day. It was very trying for the nerves, but as soon as I sang the first note, I felt really comfortable and happy, and I felt like I was back where I belonged. All my worries disappeared and I could remember all the great times I had on stage before, so I want to thank all the fans in London who were there to support me and waited for me until I got there. be back very, very soon.”

What are your hopes for the future as an artist?

“I want to become an artist where I can really show who I really am and where I can be real. There are some things only I can do best on my own. Often the music feels like an act where I have to tell a certain story or share a certain moment in music, but I always try to make it my own. I want to become someone who continues to show my true self all the time.