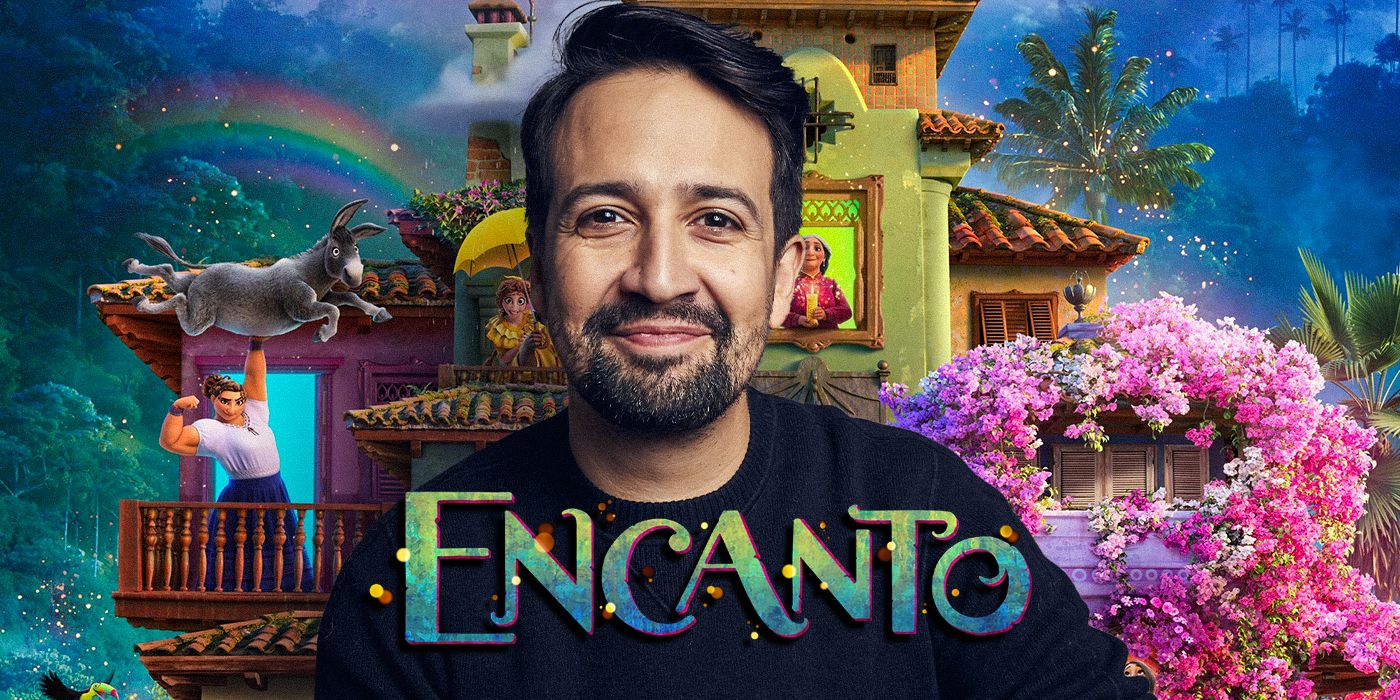 Walt Disney animation studios, Encanto tells the story of the Madrigals, an extraordinary family who live in a magical house in the mountains of Colombia. Each child in the family received a unique magical gift, with the exception of Mirabel (expressed by Stephanie BÃ©atriz), an ordinary teenager still trying to find her place and worth among generations of her vibrant and vibrant community when she learns that the magic of the Madrigal may well be in jeopardy.

During the film’s virtual journey, Collider had the opportunity to chat one-on-one with Lin-Manuel Miranda, who wrote the original songs designed to delve even deeper into the history of the Madrigal family, about the challenge of giving so many characters their moment to shine, the meaning of “Surface Pressure”, why Moana no longer the eight brothers she originally started with, the experience he had working with one of his musical heroes on The little Mermaid, and printing The sword in the stone did when one of his kids looked at him for the first time.

Collider: What was it like creating such a collection of different songs and giving each of these characters their own song and their own moment to shine that also matches their personalities? What are the challenges of developing a soundtrack like this?

LIN-MANUEL MIRANDA: The challenge is the complexity of bringing 12 main characters to the screen. That was the challenge we set for ourselves at the start. We said, â€œWe want to talk about family and we want to present an intergenerational family, all under one roof. Usually when you say that, you shake up the family until you find your hero, and the hero goes on a quest. Moana had eight brothers when I was hired to Moana. She no longer has eight brothers because Moana had more important things to do. And so, hanging on to that, the really exciting challenge was to find the drama and conflict of the movie itself, in the relationships between these characters. My job as a composer is to amplify these characters, their gifts and their musical version of self-expression.

VIDEO OF THE DAY COLLIDER

The way we did it is actually a little helping hand. You said everyone listens to their song, but they’re not. I have to write these amazing ensemble songs. where everyone gets their moment. I remember saying ‘We are not talking about Bruno’, because every family has the things that you are allowed to talk about at the table, and the things that you are going to talk about, but not in front of Mum or not in front of Abuela, and not now. â€œWe’re not talking about Bruno, but we’re talking about Bruno. This, as an ensemble number, provided an incredible opportunity to hear Dolores and hear Camilo. We don’t have time to hear their songs, but we really have a clear idea of â€‹â€‹who Dolores is, in these 12 bars that she has. And so, it was really exciting to find this mix between solo and group acts and let each member of the family shine in this kaleidoscope.

All the songs in this movie are great, but the one that really stood out to me since I saw the movie is “Surface Pressure”, Luisa’s song. Why was that the perfect song and the perfect sound for this character?

MIRANDA: â€œSurface Pressureâ€ is my love letter / apology to older siblings around the world. I am a little brother. I have a sister who is six years older. I know she had responsibilities that I didn’t. I know she had burdens that I didn’t have. Writing really honestly about it with words like “Give it to your sister, your eldest sister / Give her all the heavy things you can’t carry” and that “Anyway, I will. Is something you really want to write. Something I also know that is true, about my sister in particular, but maybe true for your family members that you know, is that the harsher exterior they present, in fact the more vulnerable they are. and sensitive inside. My sister is the easiest crier. If I cry at the end of a movie, my sister collapses at the movie trailer. She actually has the softest belly, which is why the outside is so tough. And so, I knew that in writing this I would find that turning point because it’s something that I didn’t really learn about my sister until I was adults together. Much of the movie is about that, of seeing your family members more fully, as you grow, evolve and change.

You worked with one of your musical heroes on music for The little Mermaid. What have you learned from collaborating with someone like Alan Menken, who is both a Disney legend and a songwriting legend?

MIRANDA: Yeah, Alan is the reason I’m in this business. i am here because The little Mermaid blew my mind. Howard Ashman and Alan Menken shaped my childhood. It took us a while to get started because I think we were both nervous to start, to present lyrics or to present music. When I learned it was that Alan is perhaps our greatest melodist since Richard Rogers. His scribbles are better than any melody I will write in my life. But what he likes is bouncing off something. As soon as I started writing lyrics it was really quick because he’s so quick, in terms of, once he gets the style of a song he’s got it and he’s 50 melodies to choose from. It’s like anything else, you talk until the right moment and you understand the musical moment that you are dramatizing, and then you have to follow Alan Menken because he’s fast.

You’ve done so many Disney projects now. As someone who is really firmly rooted in the Disney family, at this point if you could come up with a song for any character in existence from any of the previous Disney projects, be it for a movie or a ride through a theme park or just whatever, is there a character you’d love to write their own song for?

MIRANDA: Oh, man. Much of my work on The little Mermaid was that wish granted. Actually, I haven’t written any new songs for Sebastian the Crab because I love his songs so much. I was like, â€œI can’t. Not me. I can not do it. I was able to write for some of the other characters in this movie. Every song you love in The little Mermaid is still in The little Mermaid, we just found new moments to musicalize. It’s really tricky.

I can tell you that one of the ones that I haven’t watched growing up so much, that my kid loves is The sword in the stone. There is something so amazing when this wolf first shows up to threaten Wart, I saw my kid get really scared for the first time. And then immediately the light of the wolf falls off a cliff and falls on his face, and my kid’s laughter when that happened was so delicious. It was such a lesson in tension, looseness and relief. So there is probably something fun about The sword in the stone to be undermined. I do not know. I spit.

Encanto is now playing in theaters.

“Encanto”: Lin-Manuel Miranda explains the importance of the film’s music in Behind the Scenes Featurette

The animated musical will hit theaters next week.

Christina Radish is a senior reporter at Collider. Having worked at Collider for over a decade (since 2009), her primary focus is on film and TV interviews with talent both in front and behind the camera. She is a theme park fanatic, which has led to covering various land and ride openings, and a huge music fan, for which she judges life before and after Pearl Jam. She is also a member of the Critics Choice Association and the Television Critics Association.