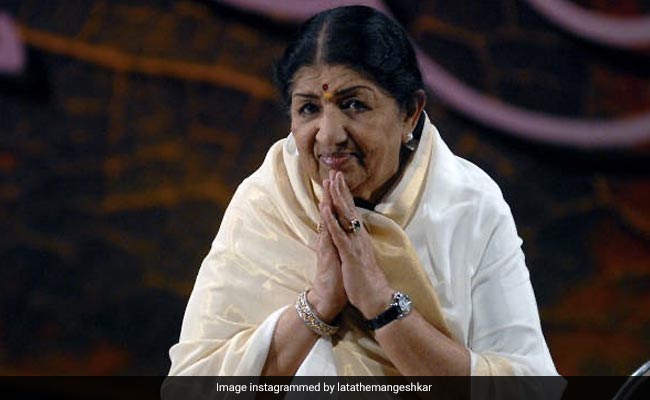 Veteran singer Lata Mangeshkar, who was admitted to Breach Candy Hospital in Mumbai early last month after testing positive for COVID-19, is still in intensive care and on a ventilator, ANI news agency reported on Saturday. . The singer, 92, was also being treated for pneumonia. She recovered from COVID-19 and pneumonia in late January. Dr. Pratit Samdani of Breach Candy Hospital, who treated the singer, told ANI that the singer is “currently in intensive care and has been put on life support again, due to her worsening condition, for which she will remain under observation.”

Dr Pratit Samdani added: “She is in aggressive therapy. We are constantly watching her. She continues to be in intensive care, she is under serious observation. Her treatment is continuing at Breach Candy Hospital.”

Meanwhile, the singer’s team has been actively sharing updates on her health to dismiss any rumors.

Lata Mangeshkar, known as “Nightingale of India”, started singing to support her family after the death of her father Pandit Deenanath Mangeshkar in 1942. He was a classical singer and a theater actor. In Bollywood, Lata Mangeshkar got her first major break with the song Dil Mera Toda from the 1948 film majboor. However, his song Aayega Aanewaala from the movie mahal (1949) became his first big hit.