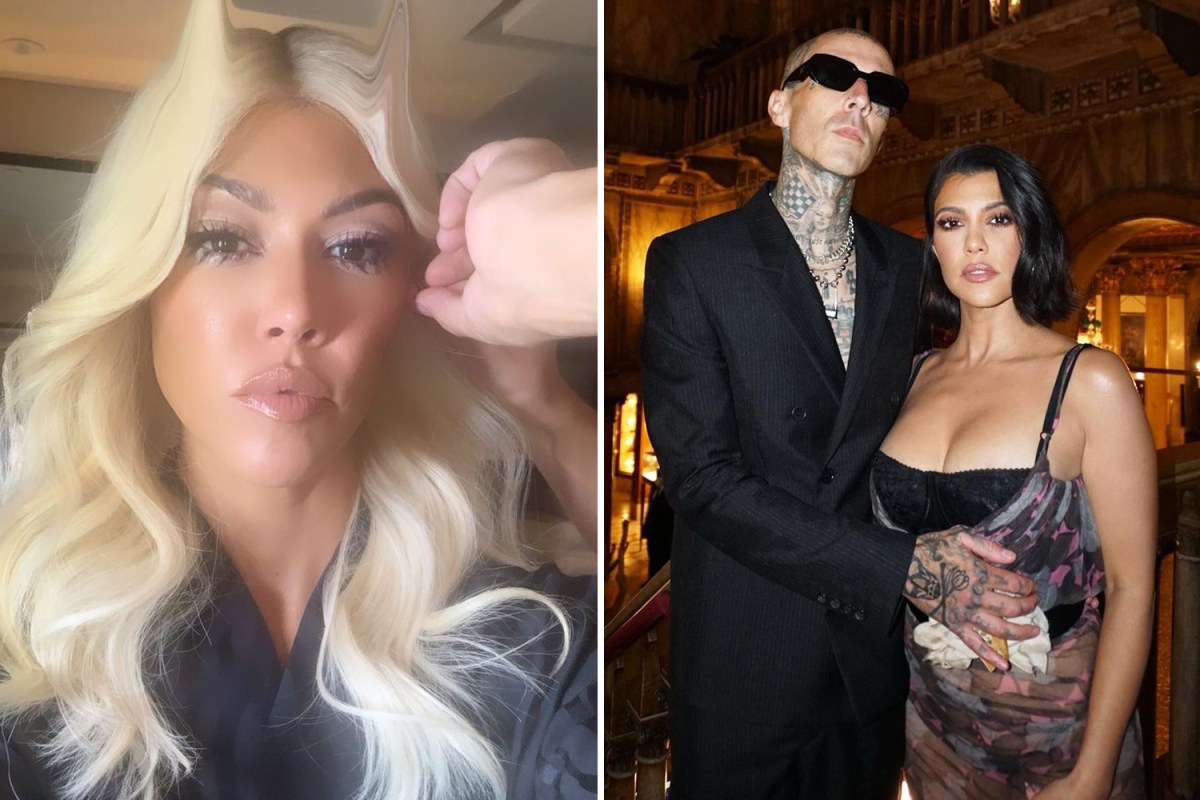 KOURTNEY Kardashian wore a blonde wig instead of dyeing her hair.

The 42-year-old debuted the new look as fans suspect she is pregnant with Travis Barker’s baby.

The Keeping Up With The Kardashians star took to her Instagram Story Friday night to share a selfie that surprises her with a blonde wig.

Kourtney pursed her lips for the camera, as she looked gorgeous with a face made up.

She let the photo speak for itself and left the post without a caption.

Her decision to wear a wig instead of dyeing her hair may be another clue the mother of three is expecting, as pregnant women are advised not to chemically color their hair.

Kourtney shared the photo as rumors continue to circulate that she is pregnant with her boyfriend Travis’ child.

The women took to the stage to present together Travis and his good friend MGK’s new song, A Girl Like You.

The Transformers star took the mic first and teased the upcoming act: “I’m a huge fan of this next performer. I’ve watched him grow up and not just as an artist but as a person as well. .

“I’m a fan too and I think her drummer is super sexy,” Kourtney said of her man.

“New York, I need you to make some noise for our future baby dads,” Megan added.

Kourtney continued to fuel baby rumors by documenting herself receiving a delivery from Buy Buy Baby.

However, speculation started when Kourtney previously shared an article about gaining weight “not from food.”

Fans also noticed that she was wearing loose clothes, had given up eating meat and fish, and had quit drinking alcohol.

After Kourtney’s younger sister Kylie, 24, revealed to the world that she was expecting her second child with Travis Scott, fans begged Kourtney and Travis to try to have a baby of their own.

One person wrote: “Kourtney and you next, please!” while another intervened, “You and your Travis are next at this point.”

Meanwhile, Travis is the father of children Alabama, 15, and Landon, 17, with ex-wife Shanna Moakler.