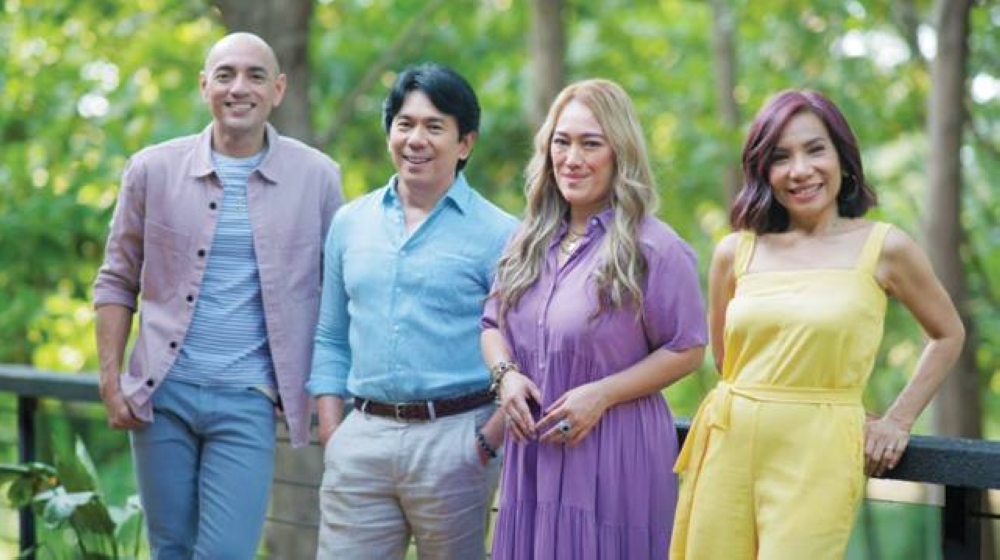 Finding a place in the music industry and keeping it for a considerable time is a challenge that artists from different decades constantly face. Add internet music sensations to the already competitive mix of singing and talent-hunting winners and longevity can seem like a fairy tale. So when we hear of The CompanY releasing their 29th studio album in their 37th year, budding artists should be all ears to hear their secret to thriving in the industry for so long.

Formed in July 1985 by alumni of the Ateneo College Glee Club, The CompanY – named after Stephen Sondheim’s hit ’70s Broadway musical called “Company” – first performed as a as backup singers for the pop stars of the 80s before becoming professional recording artists.

Now dubbed Asia’s premier vocal harmony act, they are the most awarded vocal recording group in the Philippines who have shared the stage with The Manhattan Transfer, Jim Brickman, Michael Buble, Noel Pointer, John Ford Coley and many others.

The Company has gone through several member changes and today it is a quartet made up of Annie Quintos, OJ Mariano, Moy Ortiz and Sweet Plantado.

“The band is older but we don’t feel old. Para kaming wine, the older we get, the long sumasarap,” Plantado remarked with a laugh during the band’s press conference.

Getting more serious, she continued, “Sometimes you get to the point where you’re like, ‘ano pa bang pwedeng gawin? But when you can’t stop creating… even we surprised ourselves na kaya pala natin ito. It’s just taking risks sometimes because you never know until you try. I think madami pa kaming gawin, we keep thinking of new things to explore and try.”

And this relentless creation and exploration led the band to their new album “Gitna”, a collection of multi-genre songs that tackle different themes of love and showcase the band’s vocal harmony.

Its title track “Gitna” also serves as the album’s key track and references the band’s core and centrality amid the shifting tides and disruptions of contemporary music and life.

With this mix of contemporary and classic songwriters, Ortiz said the title of their album became even more appropriate: “It’s Gitna in a musical way. – half a foot looks at traditional, comforting music and l other foot looks forward and steps forward.

Since The CompanY is made up of multi-talented members, Ortiz also served as vocal arranger for all songs and also co-produced some tracks on the album.

Asked about the challenges of making the album that features both seasoned and younger songwriters, Ortiz ultimately said, “The challenge was with the songs of the new generation songwriters, the way they make up the music now isn’t so formulaic – you can’t predict where the structure and melody of the song will go, and that’s evident in ‘Gitna.'”

The company’s latest album “Gitna” is now available on various digital music platforms, along with the music video for its carrier single which is available on Star Music’s YouTube channel.