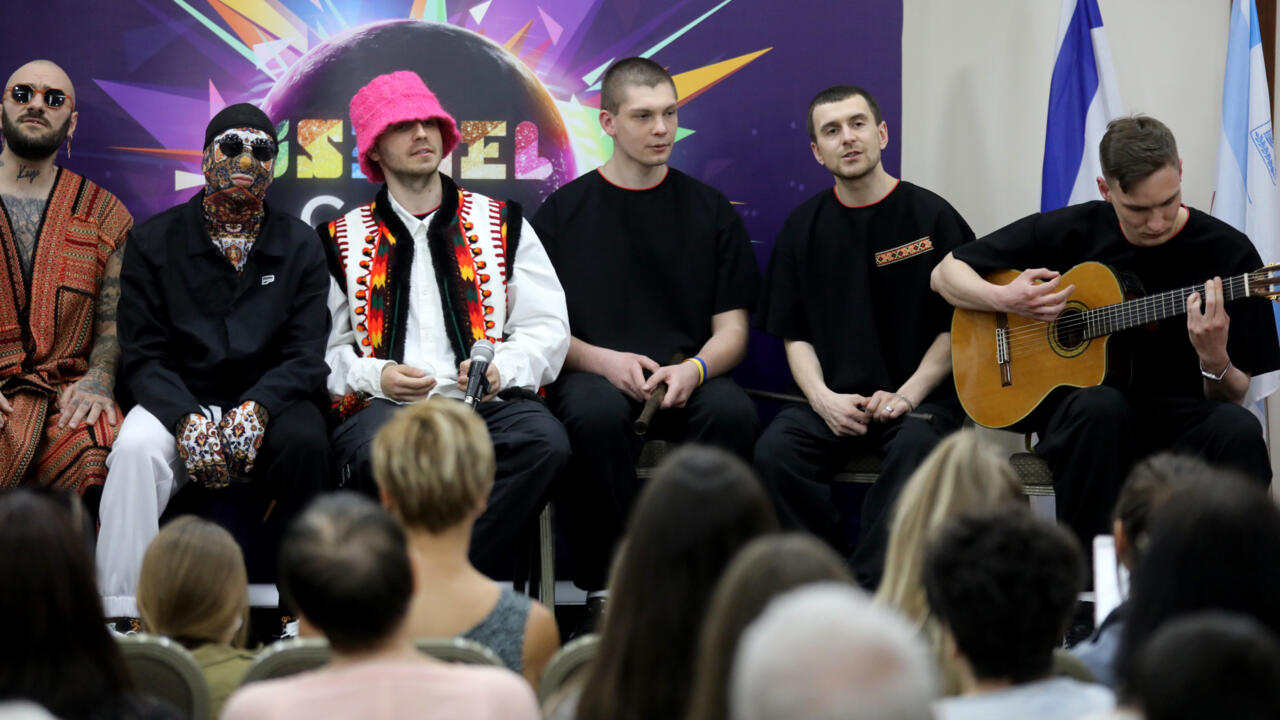 Jerusalem (AFP) – The frontman of the group representing Ukraine in the Eurovision Song Contest called on people around the world to protest against Russia’s invasion of his country on Tuesday, during his visit to Israel.

“Our message is this: everyone who listens to us, who knows the situation in Ukraine, can help us even if they don’t solve these problems,” said Oleh Psiuk of the Kalush Orchestra.

The band are one of 24 Eurovision artists visiting the country for a four-day “Israel Calling” promotional event.

“Everyone has social media…everyone can just talk about it and write about it, tag people on social media, talk about how to stop the war in Ukraine,” he said. told reporters.

“If everyone does this, this war will end very soon,” he added. “If every day you do something to end the war, this war will not take place in other countries.”

The six members of Kalush, one of the favorites to win the Eurovision Song Contest in the Italian city of Turin next month, had to get special permission to leave Ukraine.

It was the first time since the invasion of Russia on Feb. 24 that they could rehearse together in person their Eurovision debut hip-hop lullaby “Stefania,” after weeks of online rehearsals, said Psiuk.

The Kalush Orchestra recorded its song contest “postcard” — a music video featuring Italian landscapes — on a green screen at the Jewish Agency headquarters in Jerusalem on Tuesday.

The group arrived in Israel a day earlier after the semi-governmental body, which is primarily responsible for processing the immigration of Jews abroad, facilitated their arrival for the event, AFP told AFP. a spokeswoman for the Jewish Agency.

They also met dozens of delighted Ukrainian refugee teenagers who had immigrated to Israel and performed two songs.

“We are brave, we smile, we love each other, we love this world and we don’t want war,” the 19-year-old said.

Sonya Yevgenieva, 18, a recent arrival, said Kalush Orchestra was a big problem in her home.

“We all really love their music…Of course we all know them and it’s so cool that we can meet them and see them,” she said.

Kalush and the other 23 bands will be part of a show in Tel Aviv on Thursday, concluding “Israel Calling.”