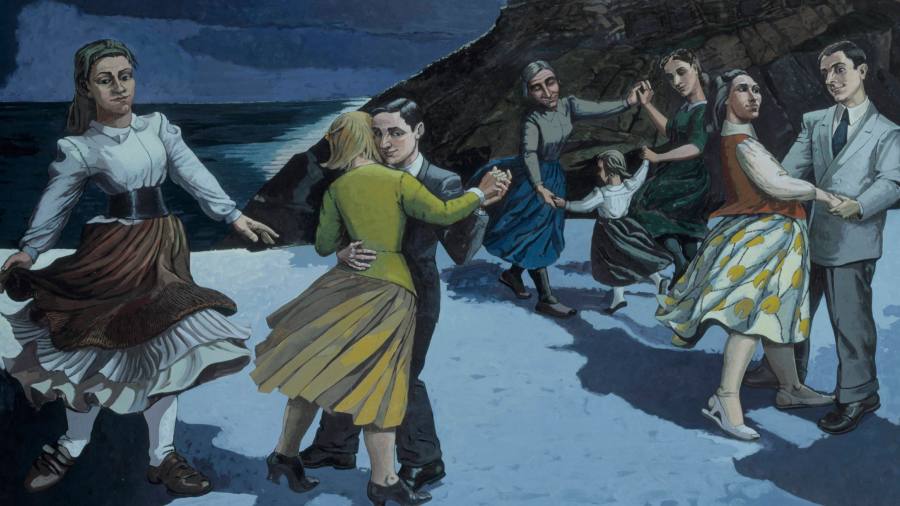 Sign up for myFT Daily Digest to be the first to know about art news.

I was not lying when I said in the spring that, for this art number, it would be musicals to the end. The story in question, however, came about by chance. Did I know that photographer Alexander Coggin, a regular HTSI contributor, has studied musical theater and is an almost obsessive fan? I do not have. But he remembers pretty much the entire Sondheim songbook, adores Gershwin, Rodgers and Hammerstein, and will happily sing for hours on end to the compositional virtues of Randy Newman and Alan Menken.

There would be no Godot without The Lion King

I learned about these gems of information when he posted a photo of a Hello Dolly T-shirt on social networks. I wore my Wretched shirt – a vintage sample from the 1987 production that I bought on eBay after losing the one I owned as a child. A spark has ignited. Wouldn’t it be fun, I speculated, to get a bunch of people to don a t-shirt from their own favorite productions and shoot a portrait of them while they chatted about their most beloved songs? Better yet, we could ask HTSI editor-in-chief Fiona Golfar to bring them together. Fiona and I have been friends for over 12 years now, but our relationship will be forever forged through our appreciation of a catchy song. In an effort worthy of its own choir number, the team HTSI persuaded theatrical luminaries (like Elaine Page and Sir Tim Rice) and superfans to sit down for portraits at Nicholas Hytner’s Bridge Theater. And while I realize that this may be a story that many of you will now recoil with repulsion from, remember the huge undertaking that musicals support: even fans of theater who cannot tolerate any other drama Beckett will appreciate that there would be no Godot without The Lion King.

Elsewhere in the issue, I’m extremely grateful to Florian Zeller, who found the time between winning an Oscar for his directorial debut. The father and his next film project to interview our cover star. Huppert, whom Florian directed in The mother Off-Broadway, has enjoyed an extraordinary career, successful in both English and French, his mother tongue, and performing with a fearlessness that has equally disturbed, seduced and disturbed. As she reveals to Zeller, she engages deeply in a role and then immediately rejects it: playing the role is something she has always done with ease. She’s also quite at ease with fashion: for us, she wears this season’s suit in a shoot by photographer Kuba Ryniewicz that demonstrates both her characteristic intensity and playful sense of the game.

Textile art is not a subject on which I have authority to express myself, but I have been captivated since I read the work of Billie Zangewa, Tschabalala Self and Zohra Opoku. Victoria Woodcock engages with artists, using this mix of quilting, printmaking and photography as their medium, and using it to spark conversations about gender, race and class. Additionally, we have Rufus Wainwright explaining the glory of Linda Ronstadt and mini Babybels (whom I have long considered the king of cheeses). And finally, chromotherapy courtesy of Simon Chilvers, who examines nature’s sunniest hues. I was touched to discover that the Josef and Anni Albers Foundation donates yellow works to people and institutions in need of healing: they donated them to the Supreme Court of the United States when Ruth Bader Ginsburg was in poor health. With that in mind, it might be time to send another one …

For the best of How to Spend It straight to your inbox, sign up for our newsletter at ft.com/newsletters