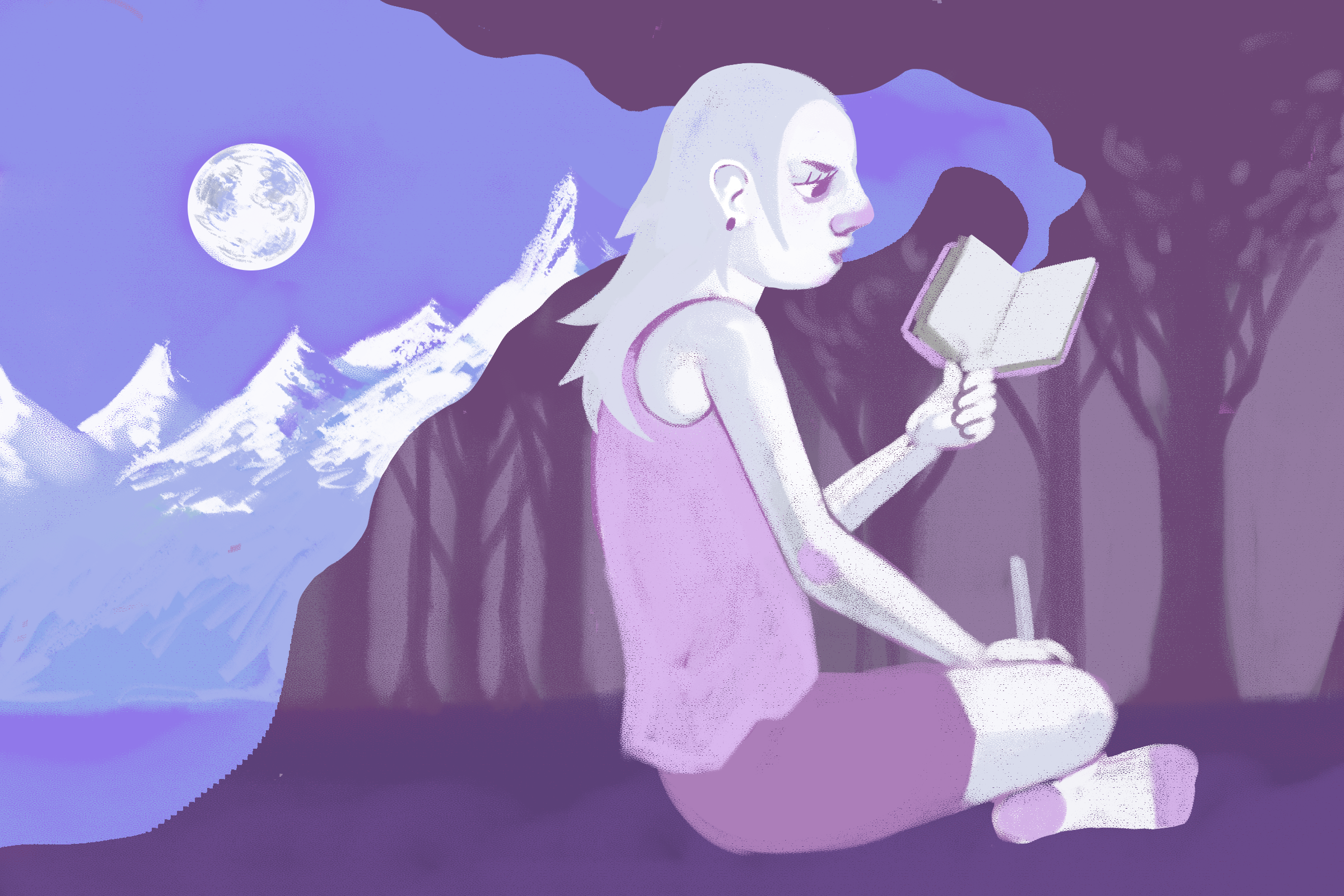 I like the construction of the world. I consider myself a fantasy writer, although I have never had the courage to publish until now. In my free time, I reflect on the whimsical possibilities of my designs. However, my passion for world building doesn’t just stem from my ability to build entire civilizations and empires with my imagination and a pen. No, my favorite thing about world building is that I have enormous and unlimited power.

For example, if I don’t agree with the actions of our government, then I can build an even more authoritarian government to overthrow. If I have a crush on the tousled-haired footballer with the look you might fall into, his personality might resemble that of a romantic interest in one of my characters. Is there a classmate in my group project who refuses to work? A dragon will devour someone with a strange appearance.

My literary reign of terror began innocently. As a child, I had a debilitating speech impediment. My mouth just couldn’t produce certain sounds, such as “TH” or the letter “R”. It took me a lot longer than an average child to not only speak but also understand the language. And while my struggles were considered adorable by adults, they quickly became a laughing matter for my peers.

But their insults stopped bothering me once I immersed myself in the intricacy and grandeur of “The Cat in the Hat”. I learned that reading alone in class was a much gentler way to spend the day at school than tripping over sentences. Books have become the way for me to get through the loneliest hours. Despite this constant form of resilience, ultimately my sympathetic parents put me through years of intensive speech therapy.

Now people may think I am talking too much.

Yet even when I worked beyond my speech problems, my love for reading persisted. When I was seven, I had just finished reading “Percy Jackson & the Olympians: The Lightning Thief”, a fictional novel in which Greek mythology exists in modern times.

As if the bullying of my previous years hadn’t damaged my ego, I naturally decided that I was clearly the daughter of a Greek god or goddess. I then decided to alert my best friend, Madison, that she was also a demigod. After convincing her, we decided to write a book about our future adventures. The result was a four-page monstrosity that would have rolled Homer into his grave. There wasn’t a single period or form of punctuation in the whole project – we had completely abandoned the notion of grammar.

It was my thirst for reading that ultimately inspired my passion for writing. Soon typing was more natural than speaking. The words that flowed from my fingers were much more authentic than the ones I said, even translated into fantasy and magic.

But the fantasy reached a conflict upon entering college. My unfortunate mix of braces, glasses, and bangs wasn’t considered “cool,” and neither was my Star Wars obsession or baggy clothes. I was confronted very early on with a tyrant who made it his mission to deprive me of friends. I sat in front of my classes, waving my hand proudly in front of the professor’s face only to disappear into a corner at recess. A lot of my lunches were spent hiding in a bathroom cubicle, staring at the electrostatic gray walls and thinking about the hardships I was facing, battling obstacles both inside and outside the room. classroom. My uncle had been diagnosed with a brain tumor and I felt my parents were lying to me about its severity.

During the seventh year, I managed to make two friends. I wanted to talk to one, Peggy, about my problems, but I had never been able to learn how to express them. Eventually I found the solution by approaching Peggy with a long story that took place in a medieval fantasy world. We crouched down on a cold rubber playground floor as she flipped through it. I wrapped my arms around my stomach as if it shielded me from an attentive gaze. The story wasn’t a diary per se, but it might as well have been. The fiction described my deepest intimacies, and when Peggy stepped out of the manuscript, she had a sympathetic look and a ready hug. His response cemented in me that when the world felt too saturated, I could just express my feelings on black and white pages.

Writing, like many others, was my escape route. I used to close my bedroom blinds, blow up music – usually stolen from my dad’s dastardly playlists – and open Google Docs. I would forget my uncle’s tumor and the cruelty of my peers. My emotions have become adjectives and my troubles have become dominant themes. In the world of literature, the gap in thought and language that had plagued me all my life was irrelevant.

I woven a safety net of Times New Roman and Arial fonts around me, with the fortifying handles of the typography protecting me from harm. As a means of both protection and fulfillment, I always use the creative format to navigate the world around me. Sometimes that just means that characters with my little brother’s name tend to get eaten by monsters when my phone charger goes missing (a recurring theme). Other times it reflects a darker reality.

My fictional world has become more relevant than the real one in the face of pandemics, political stability, and life changes in general. I always followed the news rigorously, attended events and learned to manage virtual learning, but I was especially drawn to the search for comfort in my writing. In early 2020, I finished a dystopian novel and started planning the next one. The copious time spent in my room was where I befriended the characters of my creation.

Overindulgence has only grown over time, until recently. My writer’s block began when the person closest to me, my grandmother, passed away a few months ago. Since then, I have been through the worst writing block of my life. For reference, the struggle to think through my college applications or write a timed and graded essay was simple, but now I can’t seem to finish a single sentence.

Instead of the sadness I expected to feel, I just felt numb. Despite the enormous weight I felt from the situation, I never had time to cry after his passing. I still have not. Without a driving emotion, I could not produce fiction to help my process of adaptation.

I sometimes equate my stories with the personification of my soul. When I searched for the displaced emotions of grief to channel them into a new story, I found nothing. How could I place my heart on the page when my whole being felt empty, cut out? After I needed it most, I felt my coping mechanism torn from a paralysis that had no cure. The stillness in my brain lasted even as the school year started to approach.

As a current recruit, I quickly realized that university life was fine for me. I am delighted to be in an area where the time of day is determined by the fact that Insomnia Cookies is always open and the squirrels are my best study friends. Stunned by the changes that have changed my life, I was able to distract myself from the questions that were on my mind. Will I be able to treat my grandmother’s death? Will my attempts at writing fiction ever be forced? Will I ever write freely again? I still haven’t written anything since arriving at the University of Michigan. My stories felt lodged in me, and without any form of escape, I was in limbo.

Three days before writing this article, I happily walked to class with headphones on as irritated cyclists and scooters screamed what were probably curses in my way. A Johnny Cash song came up. He had been my grandmother’s favorite singer, and the first chords of “Ring of Fire” brought her to the forefront of my mind. I ran into the bathroom in Weiser Hall and focused on calming my erratic breaths so the person in the cubicle next to me couldn’t hear. The last chorus of the country song was still beating in my ear and I didn’t take out my headphones.

I was terribly ill-prepared for the cut that the song caused. I got stuck in the bathroom for almost an hour. I missed my first lecture, which I was sure I would never do the day before. My mother was understanding and told me to take the day off to mourn. And although I haven’t written anything yet, I felt like crying. But best of all, with the plethora of emotions, I felt craving a keyboard.