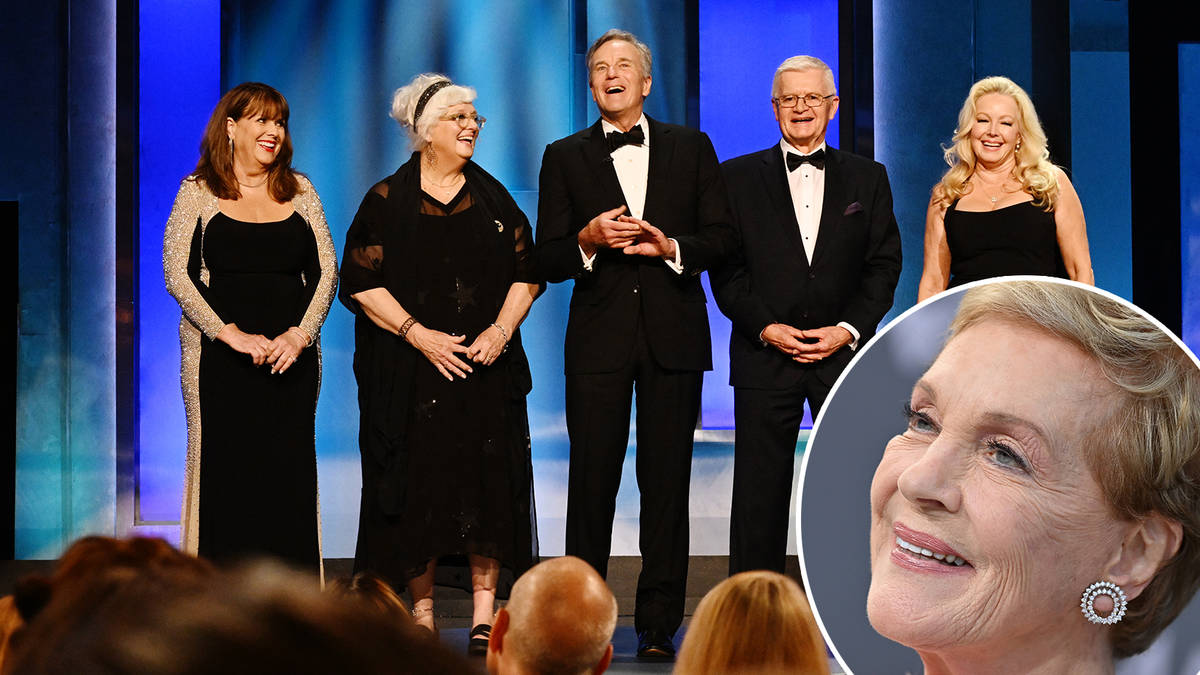 The child actors of “Sound of Music” have come together to sing once more with legendary soprano, Julie Andrews.

In a heartwarming moment of music, Dame Julie Andrews was rocked by five of the original cast members who played the Von Trapp children in The sound of musicreleased 57 years ago.

The beloved film, whose music was composed by legendary duo Rodgers and Hammerstein, saw Andrews playing a governess who helps the Von Trapp family rediscover the joy of music and making music.

On Thursday, June 9, Andrews was honored at the AFI Life Achievement Award gala with the institute’s highest honor for a career in film.

Nicholas Hammond, who played Friedrich Von Trapp, begins the presentation with the opening lyrics to the song “Do-Re-Mi”, one of the most famous numbers in the musical film (see below).

“Let’s start at the very beginning, a really good place to start,” Hammond says, as Andrews can be seen smiling at the five actors standing on stage and nodding in approval.

Julie Andrews is surprised by her kids from THE SOUND OF MUSIC and joins them in singing “Do-Re-Mi” to kick off the AFI Life Achievement Award — what a great moment! pic.twitter.com/TZYT7UNPhr

The song begins to play over the speakers, and Andrews is about to join in, leading the audience into a mass chant at the Dolby Theater in Hollywood.

After a few moments, the five actors begin to sing along with their original parts, while walking towards their on-screen housekeeper.

The actors who played Liesl and Louisa Von Trapp, Charmian Carr and Heather Menzies, both died – the first in 2016, the second in 2017.

When Andrews was introduced, she received a standing ovation from the room.