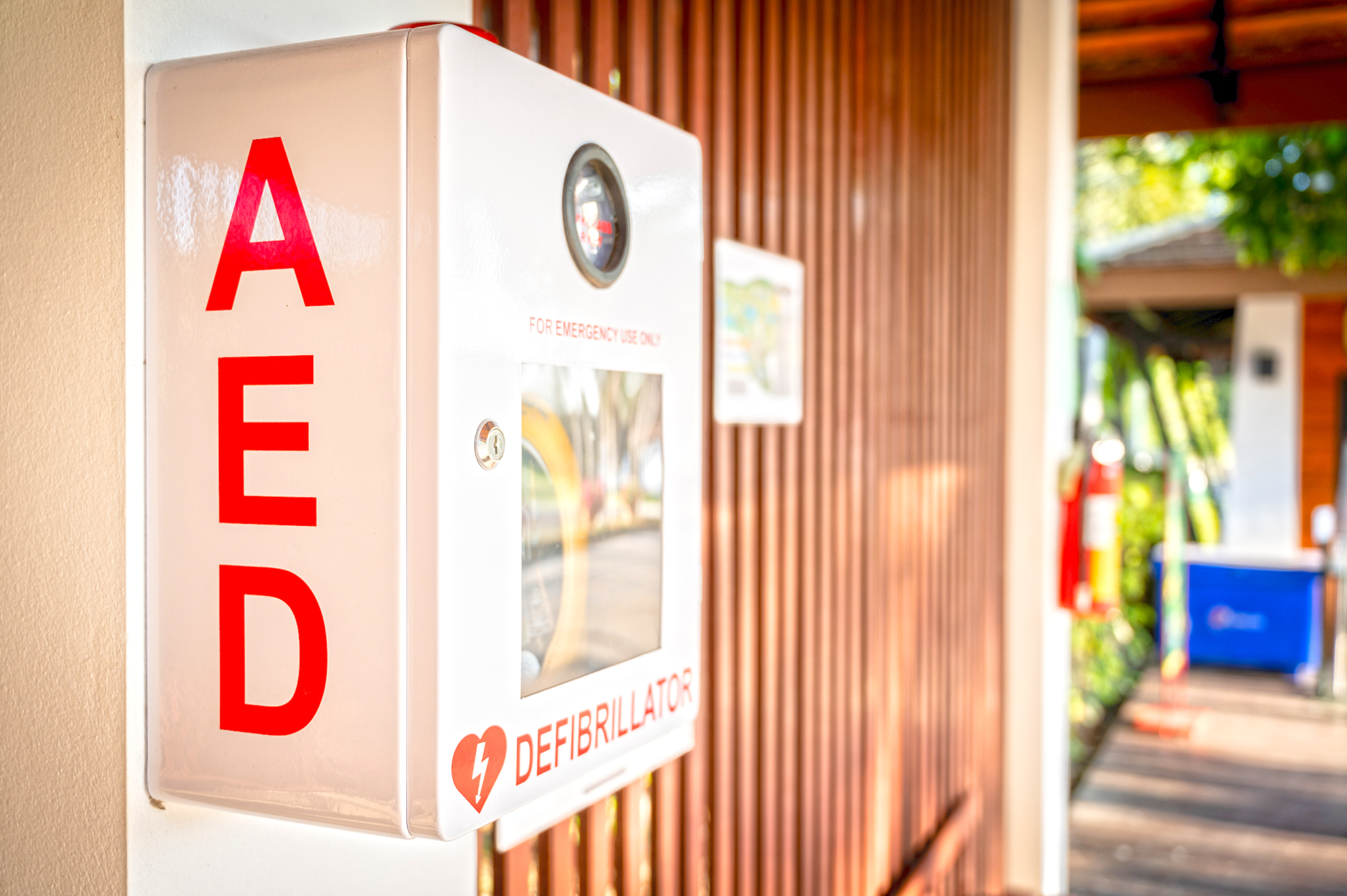 Scott Kern didn’t have much time to exercise.

An executive at a discount chain, he got to work early to get a head start on what was often a 12-hour workday. Her motivation was to get home early enough to see her young daughter, Katie, before she went to bed.

Scott was in relatively good shape. He grew up playing sports but hadn’t trained regularly for many years. He knew he could handle losing a few pounds.

His wife, Trisha, was more health conscious. She introduced him to healthier meals and encouraged him to exercise often. She was particularly worried because she feared what might already be hiding in her body. She knew that Scott had a family history of heart disease. His maternal grandfather died of cardiac arrest at the age of 52. Additionally, Scott grew up on a diet of traditional New Orleans cooking, which included lots of butter and fried foods.

In 2018, Scott made a New Year’s resolution to get healthy.

He started getting up even earlier than usual to make time for the gym. Several days a week, he lifted weights and then jumped on an elliptical trainer. The cardio part was harder than he remembered.

“I must have been really out of shape,” the 43-year-old thought.

He remembered that a company perk was a full health checkup with a concierge doctor. He made an appointment for February 20.

On February 19, Scott hit the gym, then was at work at 7 a.m. A few of his colleagues were already at their desks.

Scott walked into his office and collapsed.

Several people heard him hit the ground and ran towards him. Seeing he wasn’t breathing, they called 911. The group included Dan Hay and Jermaine Bennett, who had undergone CPR training. The duo immediately attempted to resuscitate Scott.

Another worker grabbed an AED hanging from the wall. Short for automated external defibrillator, an AED is a portable electronic device that analyzes heart rhythm and, if necessary, can deliver a shock in an attempt to restore a normal rhythm. No one knew how to use it, so they were relieved that once opened, the device guided them through every step.

An ambulance arrived within minutes. Paramedics took Scott to the nearest hospital, just a few miles away.

Because Scott couldn’t breathe on his own, doctors hooked him up to a ventilator and put him in an induced coma. Hours turned into days, which turned into more than a week.

Meanwhile, a doctor told Trisha, “His MRI is OK but he’ll probably never wake up.”

“There’s no way I’m losing hope,” she replied. “My husband is coming home.”

As she drove to the hospital every morning, Trisha sang the tune that has become an inspirational anthem to many: “Fight Song.”

“I needed to be prepared for whatever I had to face,” she said. “I had to defend him every day. It was really, really difficult.”

The doctors and Trisha tried several times unsuccessfully to pull Scott out of the coma. It finally happened on day 10 – the day Katie turned 5. His birthday wish came true.

Although Scott was conscious, he remained on a ventilator while doctors tried to determine the cause of his cardiac arrest. The coma had prevented them from doing certain tests.

Doctors determined that he had had a heart attack. This was caused by blockages in two of his heart’s arteries. Doctors restored proper blood flow by inserting two stents through a catheterization procedure. Doctors also determined that Scott had developed a rare complication: an infection in his lungs likely caused by food particles lodged there during CPR.

After several weeks in intensive care, Scott was transferred to another hospital for an extended recovery. The ventilator was eventually removed six weeks after her heart attack and cardiac arrest.

“The fan was the worst part of the whole experience,” he said.

Scott has lost a lot of motor function. He could neither write nor walk.

While still on a ventilator, Trisha had brought him children’s magnetic alphabet boards so he could spell words. Thanks to hospital physical therapy, he was able to write again and slowly began to use his legs.

At the end of April, Scott returned home.

At first he used a wheelchair or walker and relied on supplemental oxygen. Trisha put a chair on the landing of their stairs so he could stop halfway and rest.

In June, he began undergoing cardiac rehabilitation. The workouts gave him the confidence to increase his heart rate without fear of risking his health.

He returned to work part-time in July. By September, he was working full time – only different hours than before his heart attack and cardiac arrest.

“I won’t be the first person to work — ever,” Scott said. “First I exercise and have lunch with my daughter before she goes to school.”

Scott and Trisha also started spreading awareness about heart disease, lifestyle changes, and CPR and AED awareness. Scott credits Hay, Bennett, and other co-workers for saving his life. The couple got involved with their local American Heart Association office. Scott served as chair of its Hampton Roads Heart Walk in 2020 and will soon serve as chair of its board of directors.

Besides spending quality time with Katie, Scott and Trisha prioritize their relationship.

“We create a lot of white space on the calendar just for us,” she said.

Between a healthier work-life balance, a renewed dedication to his health, and closer ties to his family and community, Scott is proud of how things have turned out.

“I feel better than ever,” he said, “totally energized.”