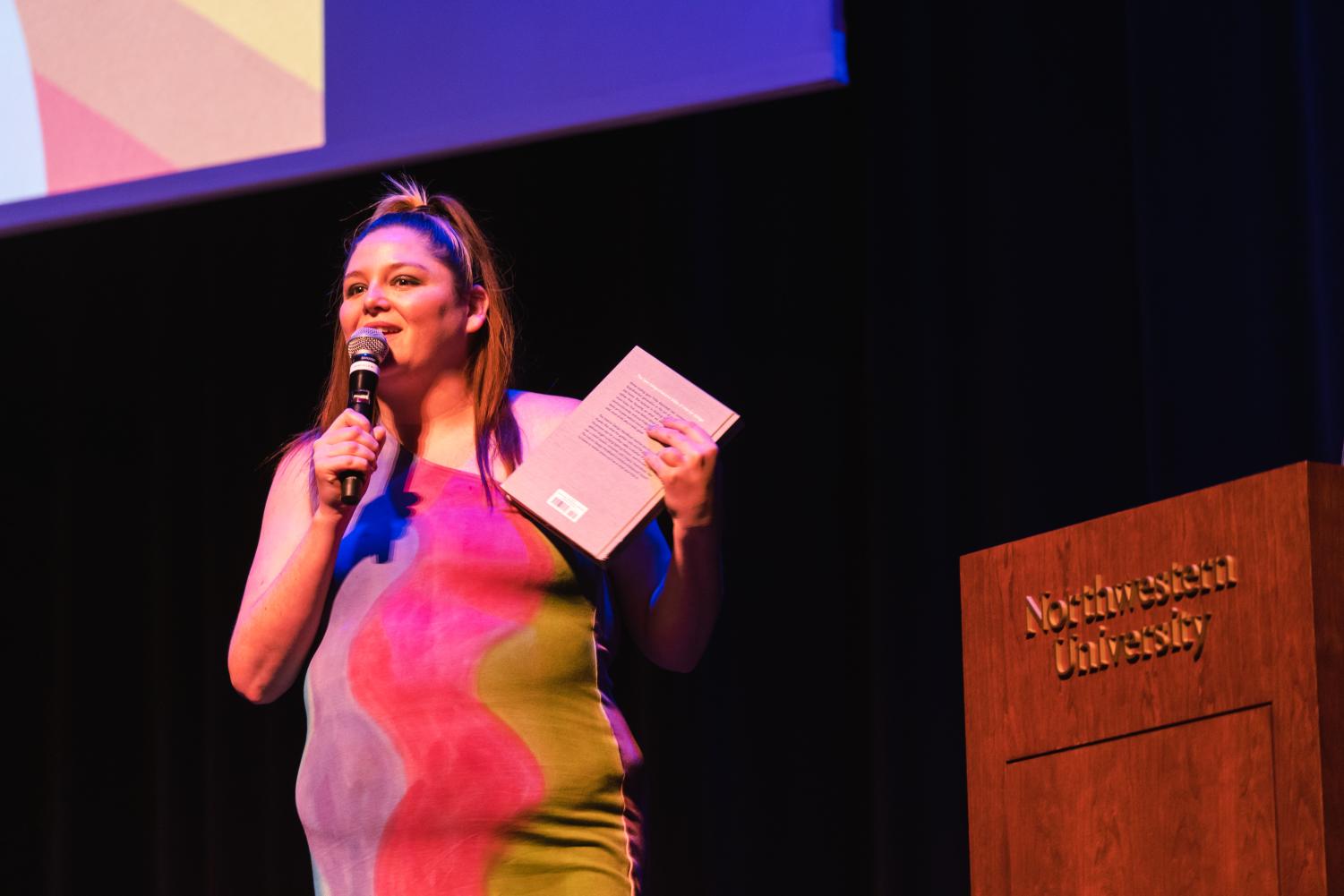 Maddie Hughes, Communications Manager, who watched both seasons of “Hacks” in the span of two weeks last year, said she’s a fan of both comedians.

“I’m very, very, very excited,” Hughes said moments before the show. “I know them on Instagram, but I’ve never seen their stand-up before.”

She then welcomed Stalter on stage. Stalter began by joking in the empty auditorium seats after dancing to a song called “Party Girl Number One.” Her set immersed itself in an improvised scene which she performed with three randomly selected audience members. Stalter ended with a reading of a made-up novel before handing over the stage to Einbinder.

Einbinder talked about managing his ADHD with medication, therapy, meditation and hypnosis. While jumping between different stories and anecdotes, she also spoke about anti-Semitism in the news, living in what she called a “very queer family” and toxic masculinity.

“Hacks” portrays the experiences of women and LGBTQ+ people in the comedy industry, and Stalter and Einbinder spoke about their own experiences as women in comedy.

“If you’re a female or a non-binary person, anyone who isn’t male, put up any comic stuff, you get the nastiest comments daily – the nastiest things you’ve ever heard in your damn life,” Stalter said.

The actors ended the evening by giving advice to the students.

Einbinder implored younger students to broaden their worldview by taking courses unrelated to their major, while Stalter encouraged students to live for themselves inside and outside of college. .

“You need to get out of school, right now,” Stalter said. “Run out the door.