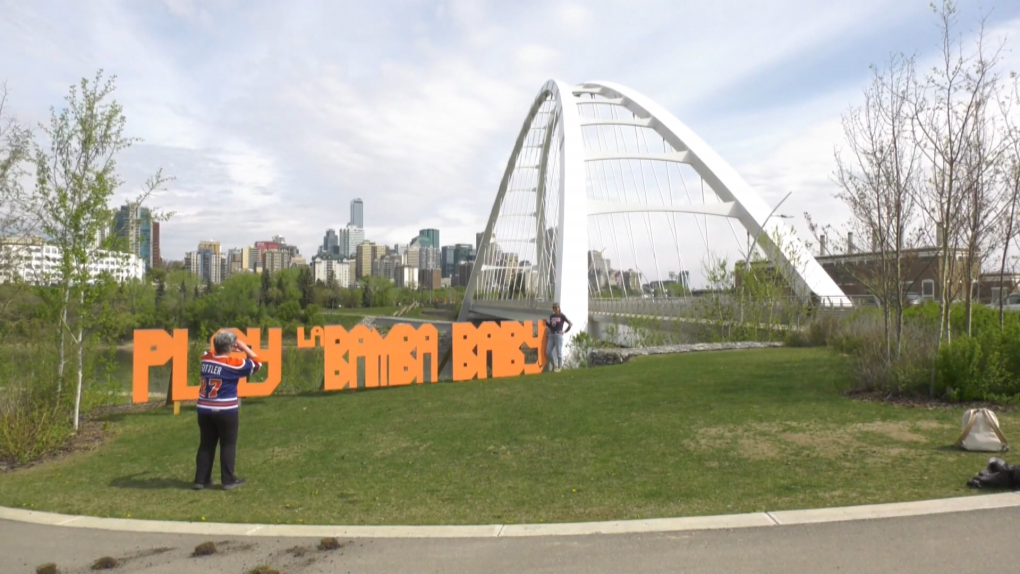 “Play La Bamba Baby” is the latest Oilers cheer to appear in giant orange letters against the Edmonton skyline.

The lettering on the south end of the Walterdale Bridge is a show of support for the Edmonton Oilers, who will face the Calgary Flames on Tuesday night in Game 4 of Round 2 of the playoffs.

Ritchie Valen’s “La Bamba” was Moss’ favorite song and has since been adopted as the Oilers’ anthem of the playoff victory.

Stelter was diagnosed with glioblastoma, a type of brain cancer. Throughout the season, Oilers fans cheered him on as hard as they have their favorite team.

After each win, Stelter’s dad posts a video of him saying, “Play ‘La Bamba,’ baby!”

The Oilers’ playoff series is the team’s first without Moss in the locker room.

“Joey would be over the moon right now,” his nephew Adam Walker told CTV News Edmonton over the weekend. “He would be as nervous as I think we all will be. But he also knows the Oilers will win.”

There are also calls to rename the ICE District Plaza the “Moss Pit”.

Giant Oilers numbers popped up around the Alberta capital throughout the playoffs: first Leon Draisaitl’s 29 at Landsdowne, then Connor McDavid’s 97 at Whitemud Drive and 145 Street, then 41 from Mike Smith in Belgravia.