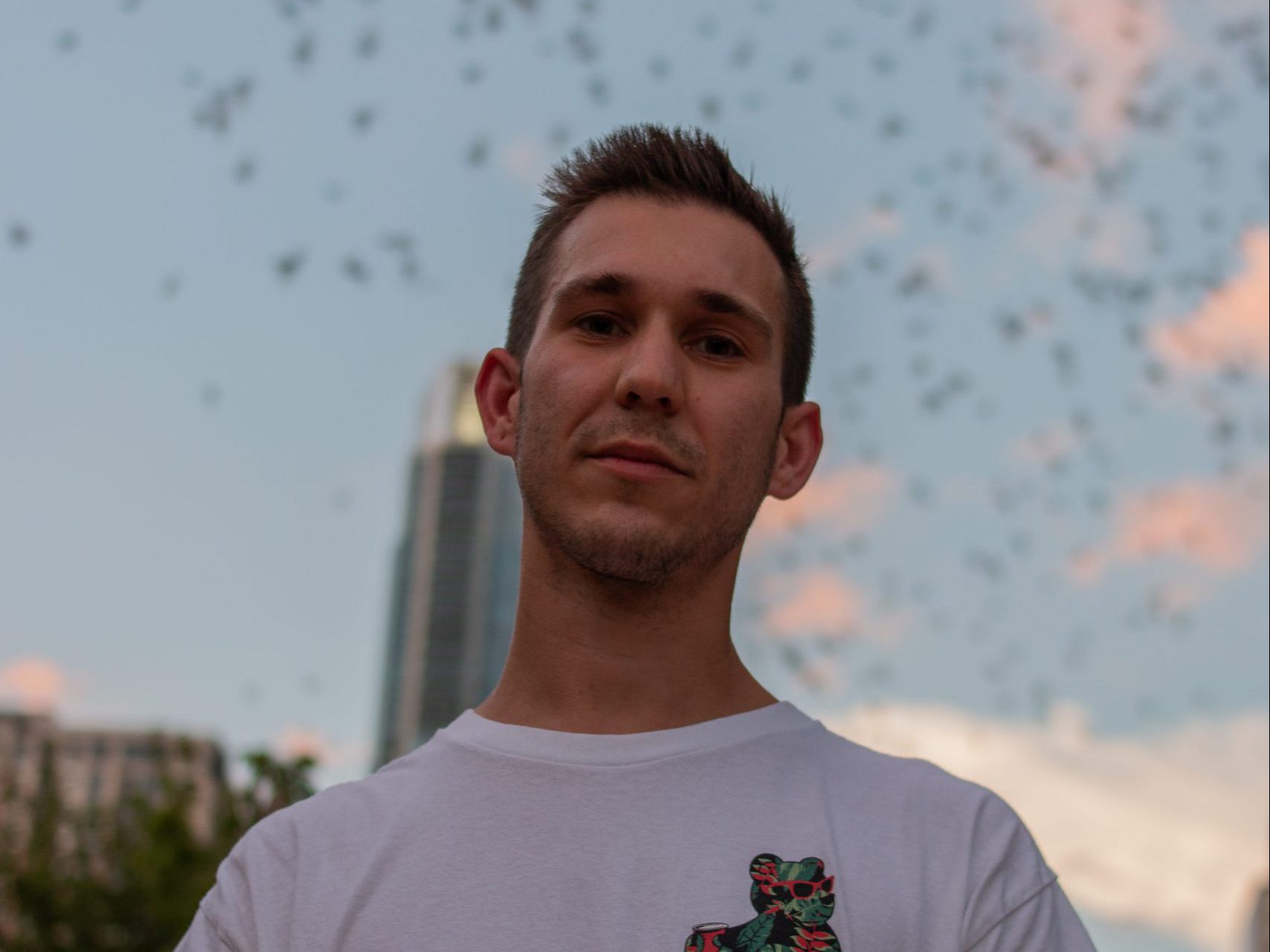 BuckTen continues to rise through the ranks of the bass scene and dropped by to discuss his early influences and recent successes.

Louisiana artist BuckTen may be one of the newer faces of the bass scene, but his passion for all aspects of the genre already shines through. Early versions like the Recognize PE put his dynamic style on full display as he delivered an impressive amount of wubs, and he’s since continued to grace imprints like Headbang Society and Electric Falcon Discs with other narcotics.

This year saw BuckTen continue his rise through the ranks of the scene returning home to Headbang Society with the release of “Hit them with the.” This track saw him team up with Lucas DiLeo to create the absolute weapon, and for added impact, he developed his remixing abilities by twisting the “two shotsinto a bass-heavy heater for the masses to consume as well. BuckTen also impressed on the performance side of the spectrum playing one of his biggest shows to date spinning a b2b at BUKU with a long-time friend and collaborator Don Peyote.

As the final weeks of the year settle in, BuckTen has set their sights firmly on the future with more releases and shows to come. Looking to get some insight into his story so far and where he plans to go next, we caught up with this budding talent for some quality conversation – so listen to his exclusive guest mix and read on for the full conversation !

Hi BuckTen, thank you so much for chatting with us today. Before we get into some of your recent work, let’s take a look at your past. What were your first musical influences and what led you to develop a passion for bass music?

First of all, I would just like to thank you for inviting me. I would say my earliest influences were Liquid Stranger, Downlink and Trolley Snatcha around 2012. I think my taste in music, like anyone else’s, has definitely evolved over time. I love headbanger music, but I also like more melodic music. I think my more recent influences are people like Mersiv, Jaenga and Ravenscoon.

Was there a specific moment when you realized you wanted to produce music? What were your first steps to make DJing your career?

My first upload was almost 11 years ago, but I think when I started hanging out with one of my best friends, Don Baudin AKA Don Peyote, I really dove into it. We released three tracks in a short time when we were living together. These tracks were Welcome to Paradise, Sound Barrier and Like The Rain.

Aside from the pandemic, what’s the biggest struggle you’ve faced so far? Did you manage to overcome it?

I’m just going to be honest on this one…one problem I have is getting my final mix and masters up to industry standards. I’ve taken lessons and improved a lot over the years and can make my tracks playable on my own, but I really hold myself to a high standard. I want my product to be as good as those I’m in the scene with. I can thank my friends like Don and my other mate Sean Tessier AKA Boo Munch, for their advice and help in making my tracks reach this quality. Sometimes it really takes a team to pull it all off, and I’m so grateful to them.

Last month you released “Hit Em With The” with Lucas DiLeo. Can you share what the production process of this song was like? How did it all come together?

I think I was watching one of the Liquid Stranger mixes on YouTube, and he played a really groovy track that was very easy to dance to. I just remember thinking, “Wow, I really want to try doing something like this too.” So as soon as this video was done I opened up Ableton and did the chorus. I was pretty happy with the chorus and remembered Lucas making weird wubs like that, so I sent it to him to see if he’d like to work on it together. Lucas makes some really great music, and I wasn’t surprised when he helped fill in the rest of the track so quickly. I think he sent his portion back to me in just a few days if that! Once I threw away his part, it was a done deal and I knew we had succeeded.

You also released a bootleg remix of “Two Shots” by Lil Wayne. What led you to give your opinion on this piece? Do you approach remixing the same way as producing original tracks?

I love dropping hip-hop/rap in my sets sometimes just to change things up and cool the crowd down. Coming from Louisiana, I’ve been listening to Lil Wayne for maybe 12 years, and “Two Shots” was one of my favorites. I feel like it was an underrated song, so I tried revamping it with a touch of dubstep. I looked at the tempo of the track, and it was 140 BPM (dubstep tempo), and I knew it would be super easy. To be honest, remixes are quite difficult for me. I only have a few. My own original tracks are much easier to create because they can turn into anything, and there are no real rules. I feel like most people think remixing is easier. Maybe it’s me who’s weird.

Earlier this year, you went on stage with him at BUKU for a b2b set. How did you feel playing in front of your audience at this festival?

I will say it was definitely the happiest day of my life. My whole family came, including high school friends and fans who played in New Orleans for years. Plus, it was with my best friend who taught me so much about music. If you’ve ever performed on stage, you know it happens in the blink of an eye. It’s as if as soon as you step on stage, you step back! My only complaint is that it went too fast, and I wish I could relive that moment. I feel truly honored to be able to play such a historic festival for our city. I never missed BUKU and always said to myself that one day I would play it, and I ended up playing on their 10th anniversary. It’s a little mind-boggling just to talk about it.

From there, if you could choose any festival in the world, which one would you choose and why?

Easy. I don’t even need to think about this one. I went to Wakaan for the first time this year, and I was absolutely blown away by the fun I had and the energy that came out of this festival. It was surreal because it was the same campgrounds as Wakarusa, which I went to several times before closing. Wakaan is a dream label, and I would love nothing more than the opportunity to showcase my tracks with these guys. I’ll just keep working hard and trying to release quality songs until that happens!

Finally, what goals do you hope to achieve in 2023? Is there anything we should watch out for in the near future?

I want to release about twice as much music in 2023. I have two songs with Boo Munch, two with Emurse, one with Don Peyote, and about six more solo tracks that I’m putting the finishing touches on for release. I’ve been working with my graphic designer, Alex Ferraro, for two months creating my own stage visuals to create a unique experience when you see me perform. They are really beautiful, and I can’t wait to show them to everyone. He was really crucial for my brand image and I am very grateful for the work he did. Lastly, I’ll be releasing a special mix with Headbang Society in 2023 that will feature all the new tracks I’m putting the finishing touches on. and my new stage visuals.