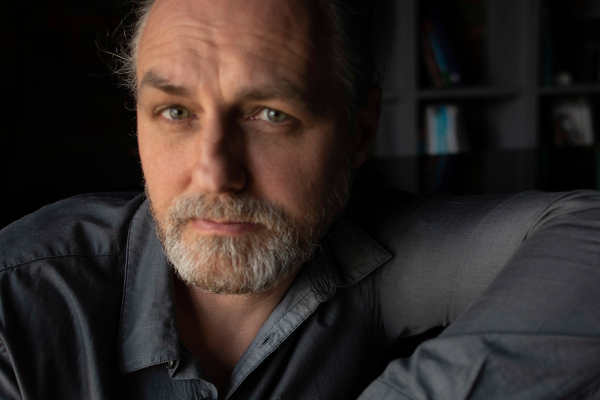 Gediminas Karkauskas has been both a jazz and classically trained pianist based in Dublin for 20 years. He studied at the Royal Conservatory in The Hague and completed his master’s degree at the DIT Conservatory of Music & Drama. Since arriving in Dublin, Gediminas has made numerous trips to continental Europe to perform at concert halls and jazz festivals, including numerous invitations to perform at Baltic Jazz Festivals in his native Lithuania. Gediminas has contributed to many notable gigs in Ireland including a performance at the National Concert Hall with Louis Stewart in 2015. He has performed at various jazz festivals in Ireland including Kilkenny Jazz, Cork Guinness Jazz and many more. His final gig in April 2022 at St. Ann’s Church in Dublin saw the well-received launch of his debut album Lost Suite.

Lost Suite, a concept recording, is a jazz album with classical influences, a poetic form that leaves room for improvisation in a contemporary jazz setting. The music projects a modern feel, but the rules are broken, the harmonic order is moved to the limits, often to the point of a near collapse of the melodic line, but still retains its melodic recognition. The aim was to project strong emotional feelings from the past and present, to provoke thought; a sense of darkness with sharp focus. As the improvisational themes develop, tension and release come and go: “I want to take the listener on a journey; a mood captured and expressed through the musical narrative. This story is made of surprises, anticipations, a journey with an unknown conclusion.