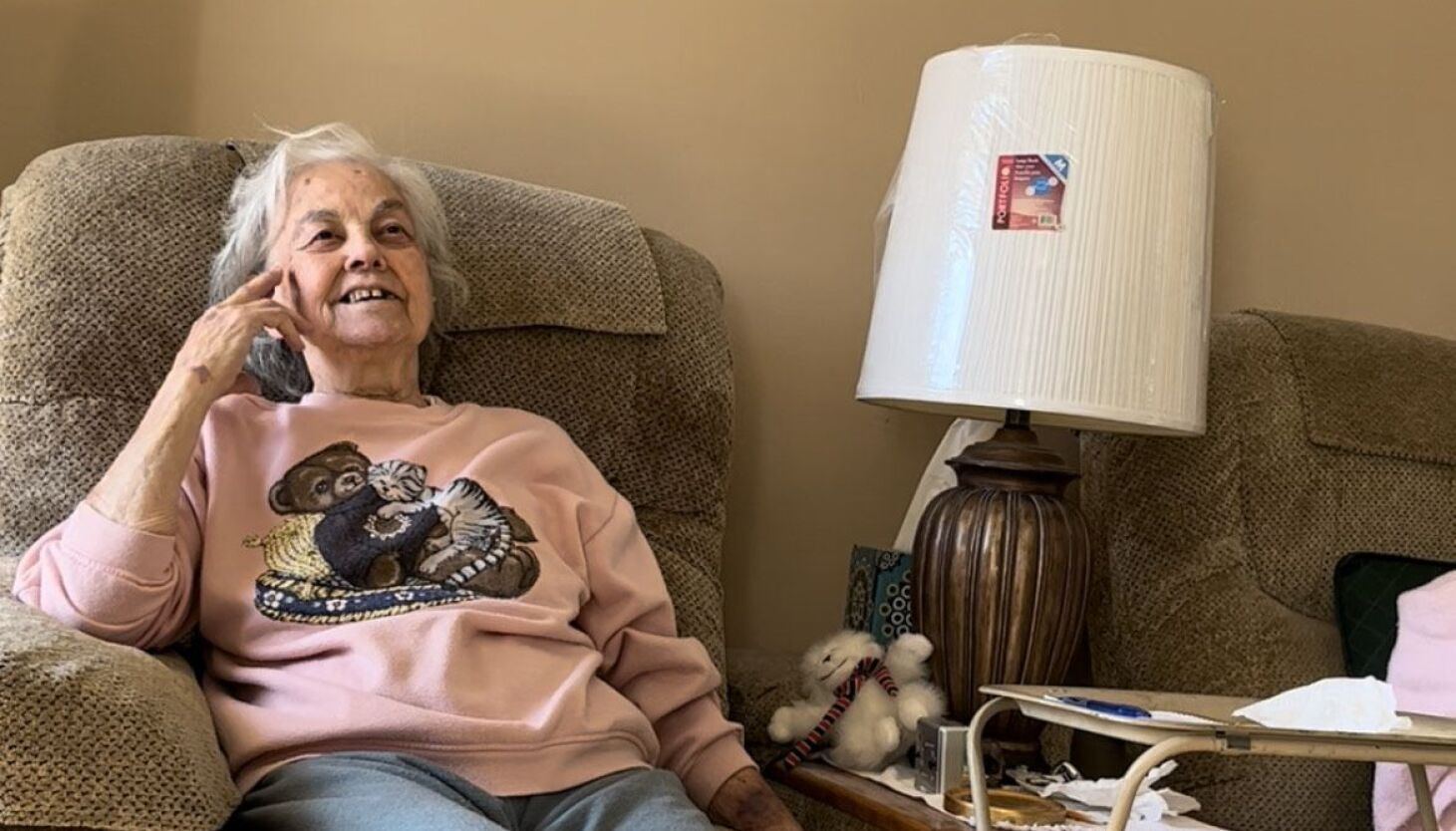 She calls him her “almost son” and Wanita Ray will tell anyone who hears all about him – and the day it became so.

Forty years ago, Brad Nielsen was 16 when he showed up at Ray’s house with a sleeping bag, asking if he could stay the night. It was an odd request considering what had happened earlier that cold February day.

Ray’s 17-year-old son Larry was found dead that afternoon, just up the street in an abandoned storage shed after a two-day search. He had been murdered on his way home from work by a man on parole.

Ray remembers opening the door that night to see his son’s childhood friend standing there. She said she had no hesitation in letting him stay with her and her late husband, Dar Ray, even on the worst night of their lives.

“I told him I could make Larry’s bed if he wanted, and he said, ‘No, I’m just going to sleep on the couch if that’s okay with you.'”

Nielsen isn’t entirely sure what made him want to sleep there that night, but he said it was life-changing.

“I remember coming over to Wanita and Dar’s after work and just wanting to stay here,” Nielsen said. “Maybe I was just taking up space. Maybe that’s what I felt like I was doing – just filling a space. I don’t know. It was just one of those offers where I didn’t know I could really do anything. Maybe I thought I could. Maybe that was more for me than anything.”

Nielsen spoke of Larry and the days following his disappearance as truly difficult. He talked about growing up with Larry, having sleepovers and midnight convenience stores when they were kids.

“Wanita was my Cub den leader, so a lot of kids would come to her house,” Nielsen recalled. “That’s how we met. Larry and I used to have slumber parties in the shed out back, and we’d store coins there so we could sneak in the middle of the night to go to 7- Eleven.”

“When we got into high school, we had our different hobbies, but we remained good friends. Larry was really into music and was pushing for scholarships,” Nielsen said. “He had so much ahead of him and was just getting started.”

Ray perked up when Nielsen talked about his son and music. She talked about going to Calgary, Canada, with her son on a group trip his senior year at Jordan High School. In fact, Ray was working at Sears at the time and when she was not granted time off, she quit. She was a devoted mother to her son, earning her the nickname “Momma Ray” from her peers.

“Larry played clarinet and I went to Calgary on a band trip with him,” she recalled. “It was a long trip, and when we were driving across Canada, all the kids were sleeping. I made sure to keep Larry awake because he may never see this again. I kept telling all the kids on the bus to wake up, and a kid in the back of the bus yelled, “Momma Ray, are you going to shut up and let us sleep?!” I’ve been Mom Ray ever since.”

His son’s dedication to extracurricular activities wasn’t the only thing that held Ray back in high school. Having not completed high school as a youth, Ray attended night classes at Jordan High School to earn his own degree at the same time as his son.

A high school diploma never came for her son and there were no more group trips. Nielsen remembers seeing Larry a few days before he disappeared.

“When he disappeared there were a lot of weird things that were said,” Nielsen said. “The police would have asked if he could have run away. We all knew he didn’t, and we all said he didn’t. I think they got to this conclusion very quickly.”

“I remember Dar used to write to me about my mission, and he asked me to explain to him how God would let something like this happen to someone,” Nielsen said. “There was a lot of introspection because it made me think a lot about that too. And, you know, it’s a hard thing and I think often times we forget that we can’t control other people, and sometimes things that other people violate our rights.

“There are times in my life where I’m like, ‘Larry should be here for this.'”

What he means is spending birthdays with Larry’s mother and having her in his children’s lives. However, Nielsen and his children have replaced Larry since that first night.

Over the years Nielsen became estranged from his own family and as a young father found himself needing help with his own children. What started as Ray caring for Nielsen’s kids during the day, turned into her being part of the family and gaining a new name: “Grammie.”

Nielsen said it all started with feeling like he was filling a void — to see his own void filled.

Nielsen, who now owns his own landscaping business, worked in law enforcement and spent time as a guard at the state prison where the man who murdered his friend was serving time. He described this period of his life as very difficult.

“It was a bit difficult to look at the person and say ‘Why?’ And I don’t think he can even answer that question,” Nielsen said. “I think that’s another thing that people forget is how short that time is, and sometimes it’s even shorter than you think.”

As time is running out for Ray, who turns 80, things come full circle, with Nielsen once again filling a void. He can often be found at her house – which is the same house she lived in 40 years ago – mowing the lawn, shoveling the driveway and taking her to the hospital and the doctor.

“When I go to the doctor with Wanita, people say, ‘Your mother is such a hoot!’ and I always laugh and say, ‘Yeah,'” he said. “Some people will think she’s my mother-in-law, and I tell her she’s kind of my lair mother, and they laugh.”

Nielsen’s children who grew up calling her Grammie are all adults, and now a new generation of great-grandchildren have entered her life, and she into theirs. Nielsen says it’s all part of the journey.

“It’s part of the journey, I think, to take care of her, and she takes care of us, and takes care of the children and the grandchildren,” he said. “It’s her joy. Her joy is the children. She finds a lot of happiness in the little ones.

“We all need people who care about us and who we care about. And that’s kind of how it’s been.”