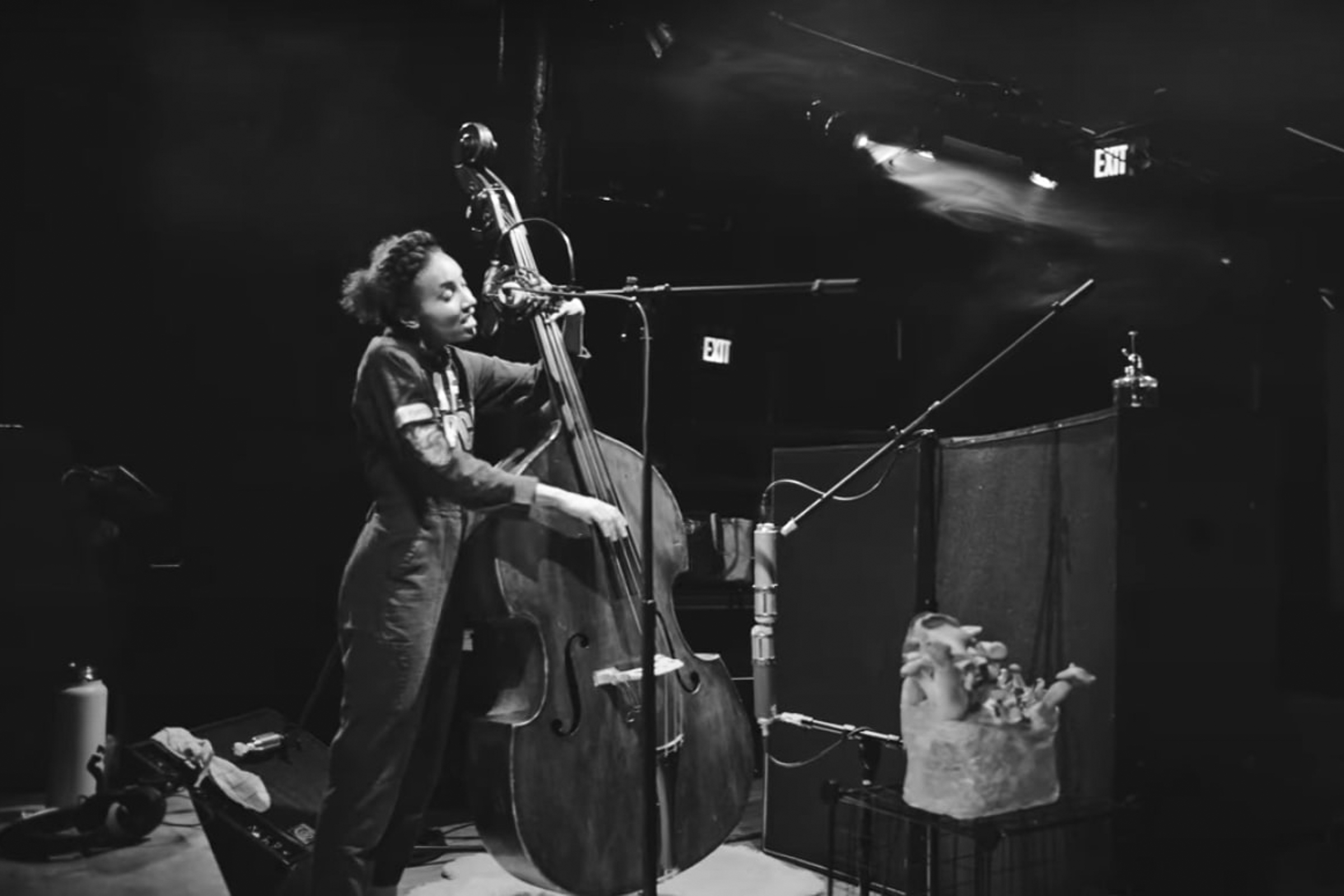 Why do we listen to music? Is it just for entertainment or to provide a background soundtrack for moments in our lives? Is it for political reasons, is it for a message or to protest? What about healing, for spiritual food?

The latter is the main focus of Esperanza Spalding’s latest album. SONGWRIGHTS APOTHECARY LABORATORY. His 12 “Formwelas” numbered from 1 to 13 (by skipping number 12 in particular) aim to target certain stress factors in our lives and to alleviate them. For example, “Formwela 8” aims to offer a place of comfort and a feeling of well-being to the listener. Spalding’s medicine cabinet of eclectic songs and sounds is as pleasing to the ear as it is to heal the soul.

The album is kind of a departure from his previous album 12 small spells, in that the music is more abstract, moving away from traditional song forms and transforming into something more akin to soundscapes. SONGWRIGHTS APOTHECARY LABORATORY walks the line of experimentation and particularity without being too dense – it is accessible while pushing the boundaries of acoustic experience. The album begins with “Formwela 1”, a prelude to the mystical and alien soundscapes of the rest of the album. The opening is in unison; it crosses the silence like a beam of light, and the music opens with a dreamlike lullaby filled with ranges of whole tones and sounds of nature. The songs are linked harmoniously from one to the other thanks to well-executed transitions.

The way Spalding uses her voice, the vast array of characters and emotions she conveys reminds me of Erykah Badu. Listen to “Formwela 10” then listen to this acoustic version of “Rimshot” by Badu. Spalding layers his own voice in unison several times, leading to a strange ethereal sound. It’s not mechanically precise, but there’s something inhuman about it – like she’s a shaman channeling a bigger spirit through her melodies. There is also an incredible variety of different sounds and timbres on the album; each “Formwela” is a musical microcosm. From acoustic bass sounds to overdriven guitar to ambient electronics, there is an incredible biome of sounds on the album. One of my personal favorites is “Formwela 2”, where Spalding collaborates with Ganavya, an Indian singer who lends her voice to sing ragas and improvise on lush harmonies. Ganavya is like a songbird singing in a vibrant rainforest.

Generally, the album is collaborative and successful on this front. Another notable contributor is Corey King, who collaborated with Spalding on “Formwela 5” and “Formwela 6”. It’s amazing how different the two songs are, and yet King and Spalding work so well together on both. While “Formwela 5” is more reminiscent of a musical theater or cabaret song, filled with strong emotions and passionate delivery, “Formwela 6” is as minimalist as it gets with a beautiful, almost baroque bassline and simple melody. King manages to match Spalding’s energy on every track, which is no small feat.

Another notable track from the album is “Formwela 9”. He goes from oral creation to a ballad to a jazz break à la Ornette Coleman in the space of two minutes. It’s hard to believe, despite covering so much ground musically, that it still manages to sound cohesive. It is definitely worth listening to a second time.

SONGWRIGHTS APOTHECARY LABORATORY is a magical journey through various soundscapes. The vocal magician herself Esperanza Spalding takes us once again to places we didn’t know we had to go. There is something for everyone on this album, whether you are just looking for songs to relax, or need to decompress negative emotions, or anything else really: this album could change your life. .

Daily Arts writer Jason Zhang can be contacted at zhangjt@umich.edu.