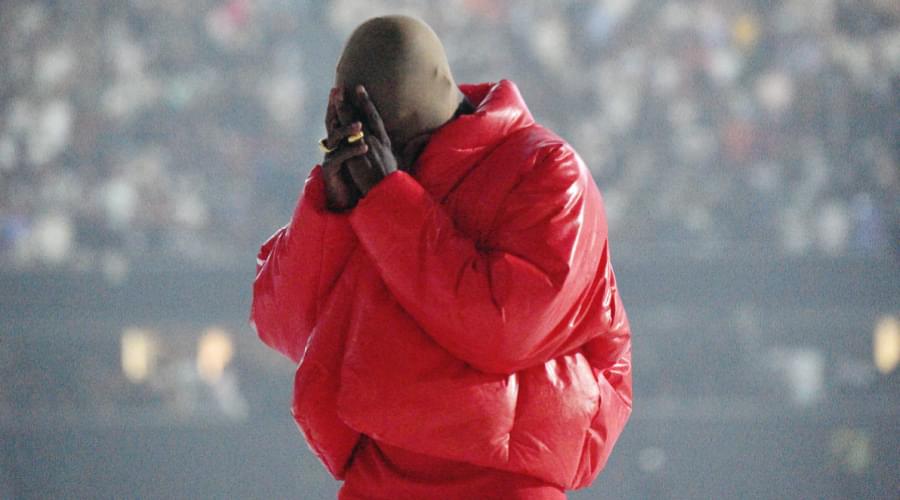 “I put Virgil and Drake on the same text / And it wasn’t the matching Arc’teryx or Kid Cudi dress.”

Drake surprised listeners in his SiriusXM Sound 42 session by revealing an unreleased track by Kanye West called “Life of the Party”. The track, which features André 3000 and was recently premiered by Kanye, is squarely aimed at Drake.

On the track, Kanye raps on the recent group text he recently posted on Instagram:

He also recalls their plans to make a joint album, including the purchase of a billboard reading “Calabasas is the new Abu Dhabi”:

I thought we were the new Abu Dhabi
I told Drake not to play with me on GD
And he sent this message to everyone
So if I hit you with a “WYD”
You better hit me with, “Yes sir, I write everything you need”

The move comes shortly after Drake opened up about his relationship with Kanye on “7AM On Bridle Path,” a song that fell a week after reigniting their feud with a verse on Trippie Redd’s “Betrayal”.

Although Drake and Kanye West previously had a close relationship and even planned to release a joint album together, things took a turn for the worse between them after Drake’s beef with Pusha-T. Drake accused Kanye of leaking information about his then-secret child, Adonis, to Push after a studio session in Wyoming, which led to some biting personal lyrics on the diss track “The Story of Adidon.” Pusha refuted this claim, saying he learned it from a girl who slept with Drake’s longtime production partner Noah “40” Shebib.

Drake was also upset that Kanye released “Lift Yourself” as an absurd troll song after promising him the beat, as well as coordinating a dueling rollout for GOOD Music’s 2018 albums while Drake was out. Scorpio. Kanye said Drake had “sneaked out” on songs like “No Stylist” and “SICKO MODE”.

Read all the lyrics for Kanye West’s “Life of the Party” with André 3000 on Genius now.