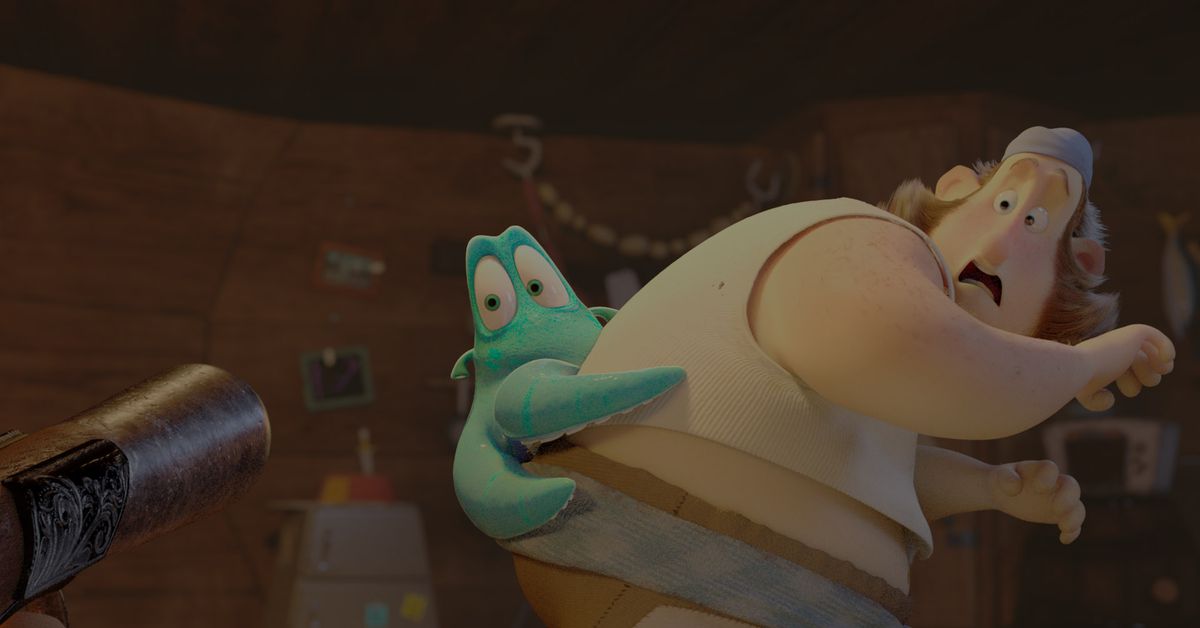 This article was first published in the ChurchBeat Newsletter. Sign up to receive the newsletter in your inbox every Wednesday evening.

Much like the baby kraken who tracked down an unsuspecting stowaway on a pirate ship in the short, Briscoe never intended to attend BYU.

Fresh out of a Latter-day Saint mission in Vancouver, British Columbia, Briscoe decided to travel to Provo, Utah, for a semester with friends while he waited to see if he would be accepted into the school. movies.

By the time NYU’s prestigious film school sent her an acceptance letter, it was too late. Briscoe was taking a course called Introduction to 3D Graphics which is a prerequisite for acceptance into BYU’s prestigious animation program. He felt both hooked on animation and spiritually guided to the right place with the right people.

“This decision has been confirmed time and time again,” he said. “I met my wife in the animation program.”

And now, “Stowaway” — written and directed by Briscoe and produced by bandmate Tyler Bitner — is up for a college Emmy. Briscoe and his wife work together at animation studio Tooele Digital Gravy, which helped produce the animated shorts for a covenant journey video series for The Church of Jesus Christ of Saints of Last days. You can find the videos on the Gospel for Kids YouTube channel.

“Stowaway” is the story of two pirates, one in search of buried treasure and the other cleaning up the bridge. The second pirate accidentally picks up a cute baby kraken out of the sea. The pirates’ fear of the legendary sea monster spirals out of control.

Briscoe scripted and pitched the idea for the animated short to other students in his animation class in November 2019, the same month that “The Child” character Grogu (aka Baby Yoda) debuted on ” The Mandalorian” on Disney+. Briscoe said the baby kraken was created before Grogu and was influenced by Gromit from the stop action shows “Wallace and Gromit”.

“We haven’t seen a lot of animated pirate movies, for some reason,” Briscoe said. “I thought, ‘How about a fun, gripping adventure? “”

To help with storyboarding, Briscoe built a pirate ship out of Legos. He used the Lego model to come up with ideas for where the pirates and the baby kraken should be during different parts of the story.

Student-produced shorts from the BYU Animation Center have been nominated for and won numerous college Emmys since the center launched in 2001. “Lemmings” won BYU’s first student Emmy in 2004. “False Paw: Adventures in the Internet” and “Pet Shop” won the award in 2005 and the program has continued to consistently win awards ever since.

This year, BYU student-produced shorts won all three nominations in this category with a sexual assault public service announcement and advertisements for the Los Angeles Times and Ford Mustang.

A total of 58 colleges submitted nominations for the College Television Awards.

“It’s important to emphasize how ‘Stowaway’ is the product of the dozens of students who worked on it,” Briscoe said. “We were only able to do this and do it well because of the whole team of student artists who added their own creativity to the pool and made it what it is.”

“It will be good,” Briscoe said, “because we can wear pajama pants.”

The Tabernacle Choir won’t be heading to Europe this summer, but it has plans for a bold expansion (February 17)

The church’s “Friend to Friend” show for children taught about baptismal covenants, the Holy Spirit, and the sacrament by “exploring” the covenant path.

A famous member of the church passed away last week. Gail Halvorsen, known as the Candy Bomber for dropping candy on German children during the Berlin airlift, has been recalled across the country, including articles in The New York Times and Deseret News. Dieter F. Uchtdorf also honored him.

I loved covering Setema Gali when he was playing football for BYU and I was a sportscaster. Here’s a new feature on his journey from NFL player to millionaire to ruin and comeback.

A struggling college student first became the artist once known as James the Mormon, then an entrepreneur. Read the real story.

Did you know that Donny Osmond recently completed his 65th album? A good new feature about him shows how marriage derailed his career and later helped him succeed on stage again.

Have you heard of facial recognition software? Well, now there is language recognition software. It learns an author’s writing patterns and can unmask anonymous writers. This story tells how two teams used computer analysis to unmask the conspiracy theories behind QAnon.

Clergy scams are a growing problem. Learn to spot them and stop them.

Baseball and softball fans will laugh through this room on the 30th anniversary of “Homer at the Bat,” an episode of “The Simpsons” starring baseball stars from the 1990s. I hum the song “Talkin’ Baseball” since I read this.

As an 8 year old boy, I was forever changed by the World Series between the Boston Red Sox and the Cincinnati Reds. I will never forget the exploits of tireless Red Sox pitcher Luis Tiant. Boston won all three games it started. A new feature on MLB.com sent me back in time.

Here are some additional images from “Stowaway”:

BYU students nominated for Student Commercial Emmys in the Commercial, PSA, or Promotional category are: