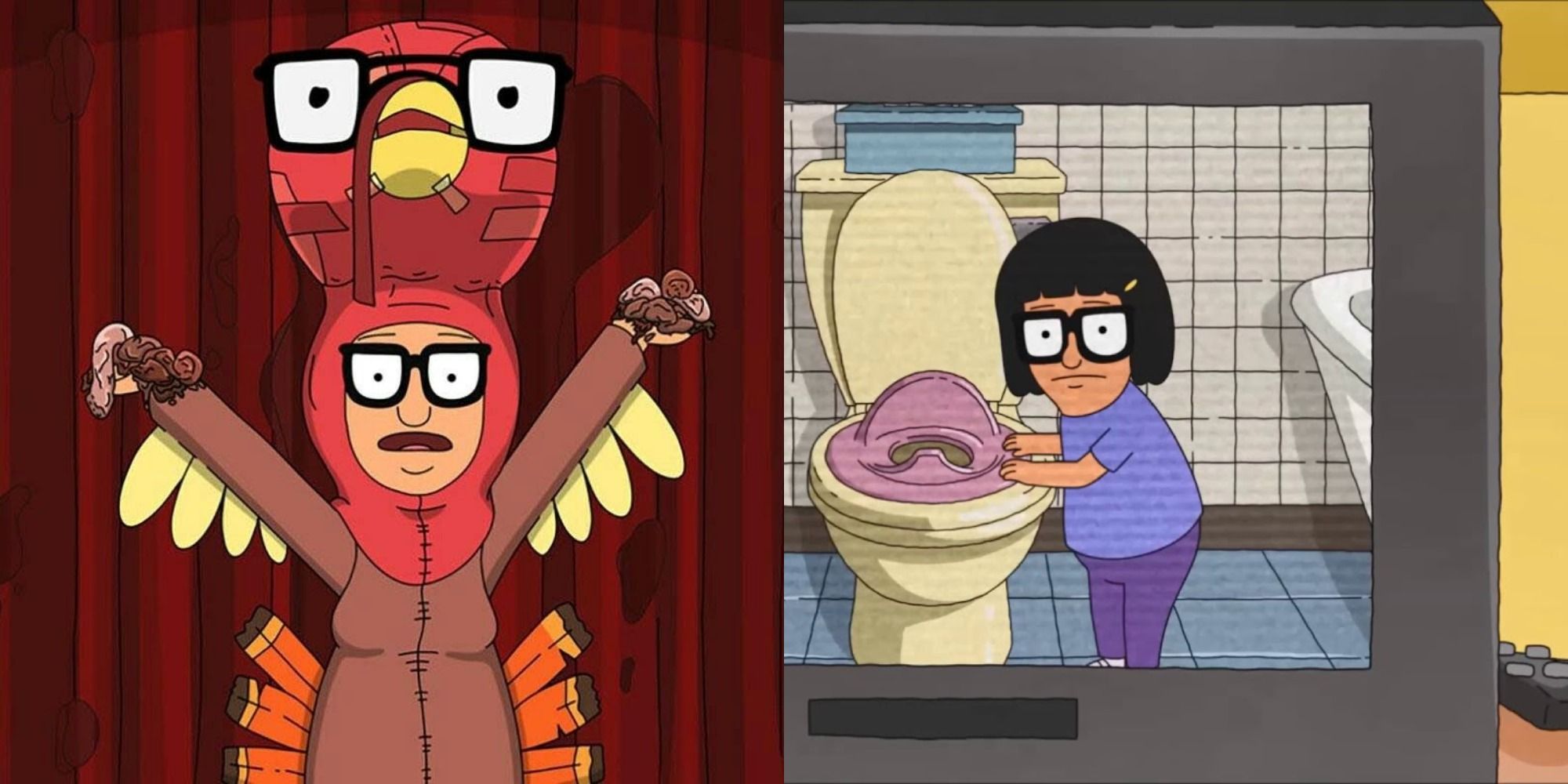 Bob’s burgers has really changed adult animation, especially with the unique songs performed in each episode. These songs help the story move forward and also help viewers learn more about each character. Each main character has the opportunity to sing songs that reflect their personality and Tina is one of the characters who has many memorable songs in the series.

Tina Belcher is an unusual character because she is unique, original and hilarious. She constantly struggles to remain a child while reaching adulthood, and her love for her siblings shows in every episode. Some of the best songs she performs on the series help showcase her unique personality.

Even though Tina technically didn’t sing this song, she performs it alongside Gene and brings it to life. Gene writes “Electric Love” to help Louise create a memorable science fair project that tarnishes Thomas Edison’s reputation. Tina is ready to play poor elephant Topsy and does her best to play her character.

Although Tina lip syncs this song, her ability to play Topsy the Elephant shows how completely she’s devoted to something that is truly close to her heart (further consolidating that Tina is one of the better characters). The song Electric Love is also proving to be a major hit of the series and fans of the series love to sing this one alongside Tina and Gene.

This song is not a Bob’s burgers original, but it is interpreted by Tina and highlights her personality. Tina sings this song after expressing her indecision about her role in the group. However, Tina stays true to herself and stands up for what she believes in.

This song is sung while Tina is at Jocelyn’s birthday party and is memorable because Tina sings the classic ballad as if it was made for her. Tina is very open and honest, so this end-of-credits song is perfect after finding out that staying true to herself is the right thing to do.

Tina sings this song with her siblings, but her part of the song is a hilarious glimpse into Tina’s personality. This song is performed after the fire in the family restaurant at night. Each of the Belcher children sings a part of this song admitting that they thought they burned down the restaurant.

RELATED: Every Season Of Bob’s Burgers Ranked (So Far) According To IMDb

This song is another great one because it shows that Tina can admit that she did something wrong, even though she didn’t burn down the restaurant. It’s also memorable because it shows how the Belcher children come together to overcome something difficult.

“Kissing Causes Mono” is another fantastic song that Tina sings in Season 6. This song is Hormone-iums, with Tina as the lead soloist, and tries to persuade the kids that kissing is bad. Tina becomes uncomfortable singing this song, although she may finally be in the spotlight of the band, as it goes against how she really feels.

This song takes Tina out of her comfort zone and doesn’t reflect how she really feels. This song is also one of the best Tina sings as it shows her overcoming her insecurities and standing up for what she thinks is the right thing to do.

This song is presented when Tina, Gene and Louise are working on the creation of “Nice-Capades” to show Santa at the mall that they have been good kids all year round. Lousie conducts the entire show, but gives Gene and Tina ample opportunity to show off how good they’ve been, which leads Tina to singing about a horseshoe crab she hasn’t hurt.

RELATED: 10 Worst Things The Belcher Kids Did To Bob’s Burgers

Tina is well known for her romantic side, and this song sums it up well. Tina meets a random boy’s eyes and feels like they have a connection, encouraging her to hold back in order to get to know him better. While in detention, Tina works tirelessly to develop a connection with him.

This song is another great song by Tina because it shows her personality and lets viewers think about them so they can see what kinds of emotions and thoughts go through her head when she is chasing someone she is. love.

Another iconic song performed by Tina is “Amor, Por Favor”. Tina sings this song after Louise searches for a way to separate Aunt Gayle and Mr. Frond. Tina sings in Spanish while Louise translates them into lyrics that predict how hurtful love can be.

This song is memorable for the fans because it was fun to watch Tina say phrases in Spanish that have no relation to the interpretation in English that Louise is telling the family. This song is also one of the best songs that Tina sings because it shows her ability to think on her toes.

This classic song is sung by Tina when she is a baby. This all happened in season 8 when Bob and Linda leave Tina in charge and Louise has a zombie movie night. Yet Louise’s chosen zombie movies terrify everyone. Eventually, Tina saves the day by showing everyone an embarrassing video of herself as a baby, singing for her poo.

RELATED: The Best Episodes Of Each Season Of Bob’s Burgers, According To IMDb

This whole scene is hilarious and is another of Tina’s best songs. Once again, this song shows Tina’s unique personality and her ability to really give it all when it’s something she’s passionate about. This song is also one of the best as it adds another layer to Tina that fans ignored, making her especially memorable.

The best song Tina sings is “Quirky Turkey”. This all happened after Tina wrote a play after Tammy and Jocelyn teased her. However, it turned out to be a hit with viewers as they believe it brought out the best in Tina. Tina has always been eccentric, and her ability to kiss it shows that she’s comfortable being herself and knows she’s worth.

NEXT: 10 Underrated Bob’s Burgers Moments That We Don’t Talk About Enough


Next
Lucifer: 10 hilarious memes only true fans will understand

Devon Hansen is a writer for Screen Rant. She graduated from Weber State University with a BA in English. She also worked with Women’s Republic. Devon enjoys reading, hiking and spending time with her son.