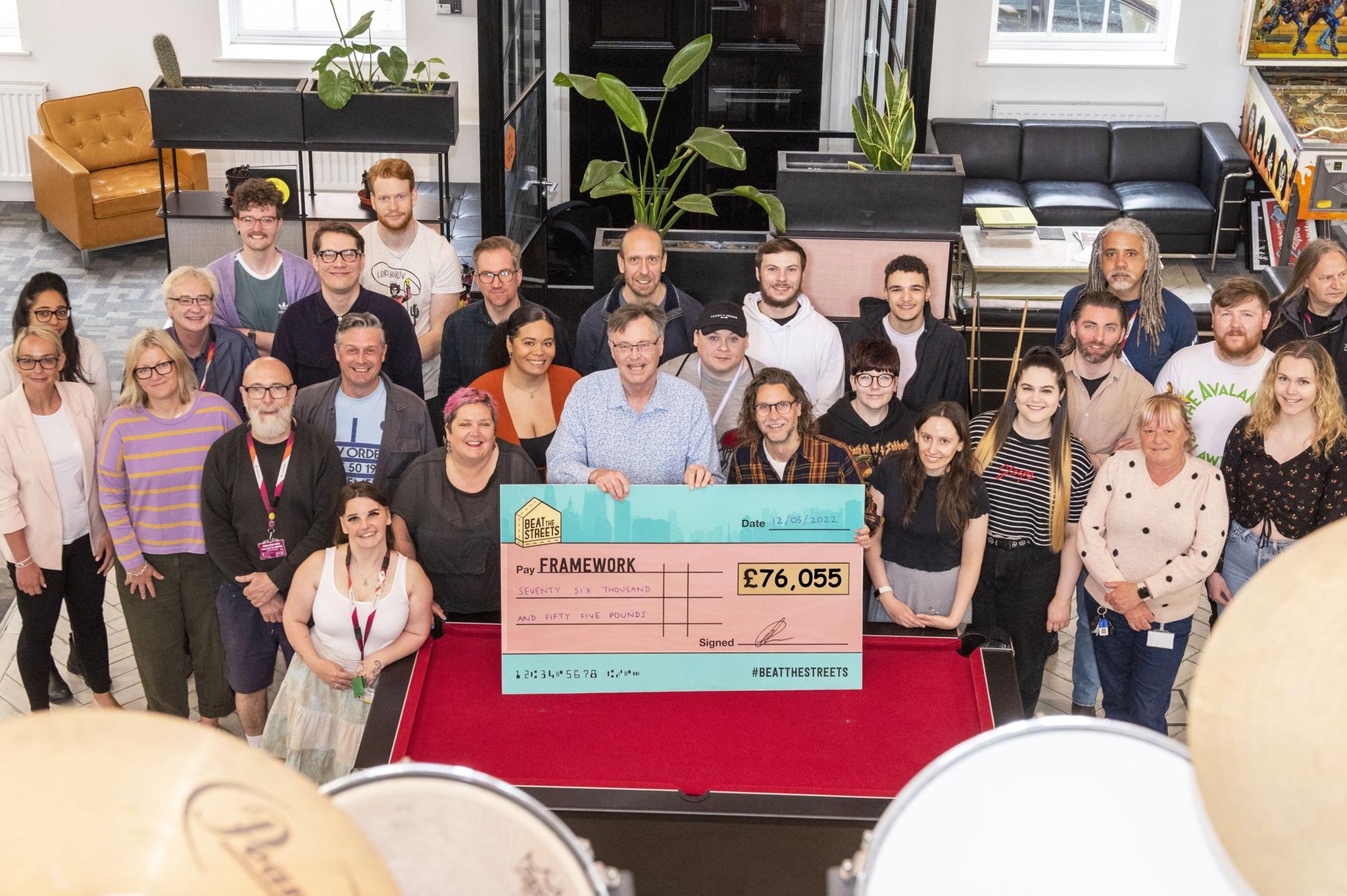 Back in full force with an in-person event this year, after being forced online in 2021, the festival has raised £76,000 to provide housing and specialist support for homeless people in and around Nottingham.

Since its launch in 2018, the festival has become renowned for the vital funds it has raised for Framework and the awareness it has raised about Nottingham’s growing homelessness crisis.

Beat the Streets has now raised a total of £320,000 for Framework, the charity which works to change the lives of homeless people by providing housing, health, employment, support and care services to people with different needs.

Last year the multi-location festival took place online and still managed to raise just under £20,000 for the charity.

Framework Managing Director Andrew Redfern said: “Led by George Akins, the commitment of everyone at DHP Family to supporting our work with the homeless has been nothing short of amazing.

“It is supported by hundreds of musicians who have volunteered their services and thousands of music lovers who have traveled to enjoy their brilliant one-day Beat The Streets festival over the past four years. During this time, DHP has become Framework’s biggest supporter in the business world – contributing over £300,000 to help our response to the High Street crisis in Nottingham.

“We were therefore delighted to welcome the return of Beat The Streets and to hear that £76,055 was raised at this year’s event at the end of January. The Covid-19 pandemic has been particularly difficult for entertainment and music venues, so this continued support from George and his colleagues is both humbling and heartwarming. On behalf of everyone at Framework, I say a very sincere thank you to all of you.

Midnight Rodeo – Jake Haseldine, one of the artists who took part in Beat the Streets earlier this year.

In previous years, funds raised through Beat the Streets have contributed to the cost of emergency response such as winter shelter; now that this activity is better supported by the government, Framework is turning its attention to long-term resettlement.

George Akins, MD, DHP Family, said, “Putting Beat the Streets is a labor of love for me and the team. To be able to use music as a force for good is fantastic, we can give people a good day and raise money at the same time for a charity that does vital work helping people in real crisis .

Beat The Streets booker Joseph Patten said: “We would like to thank everyone who joined us at Beat the Streets. Through the tickets you booked, food donations, merchandise purchased, the raffle and even buying a drink at the bar, it all helped us raise thousands of pounds again to directly help the homeless in need. And of course a huge thank you to all the artists who once again donate their time to play for free. ”