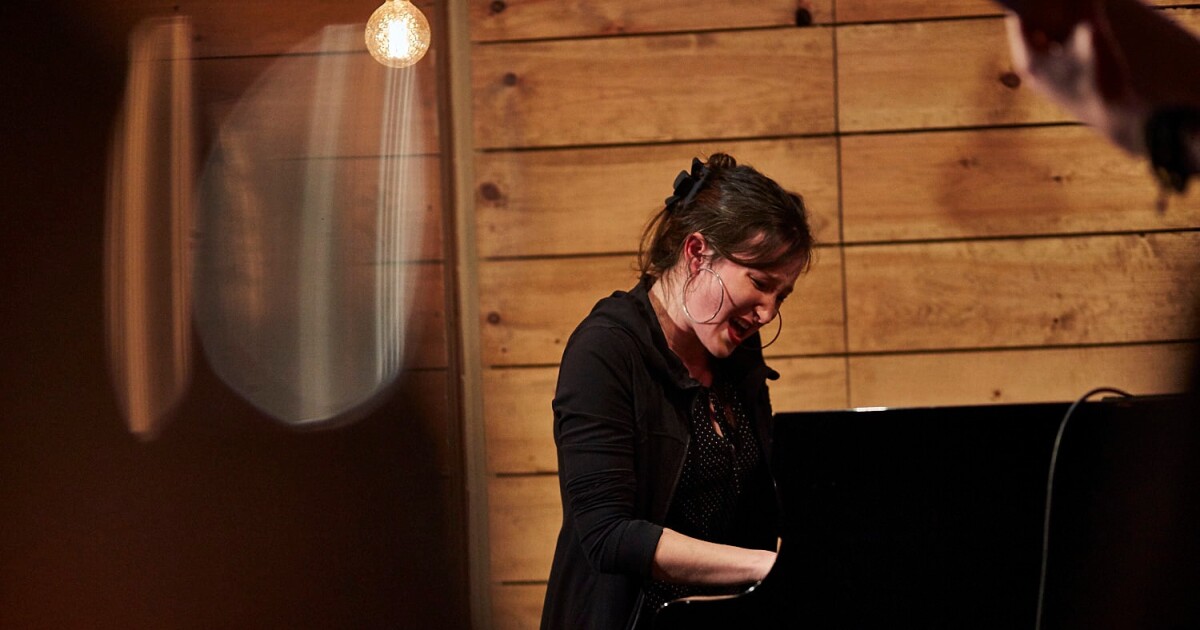 When you see a beaten piano in a public place, you can sit down and play it. If you’re lucky, you might hear a pro show off their skills. In 2013, in Mount Royal Park in Quebec City, an unsuspecting public witnessed the exceptional performance of one of Canada’s most promising modern jazz pianists.

Ariane Racicot was barely old enough to drive a car when she released this public performance of Queen’s “Bohemian Rhapsody” on YouTube. It has now garnered over 18 million views. Racicot has just released his first album Soaringand it brings more rock energy to the piano trio format.

Racicot vibrates with a solo that imagines the joy of the wind in the hair of a cyclist on a summer afternoon. His playing has a powerful dynamism but never forgets the catchy melody. There’s an epic quality to the music, that anthemic feeling that makes rock fans’ heads snap.

Not all of Racicot’s songs are thunderous. “Crépuscule” is a relaxed ballad, a melancholy melody, always anchored by the low hum of Rochefort’s electric bass. Racicot finds plenty of hopeful notes to lend promise to the underlying unease of this beautiful song.

Closing his five original songs with “Open Sky” — Racicot rocks. The hard-hitting opener finds Racicot’s trio amplified by guest drummer Martin Plante’s smashing demo. As with “Bohemian Rhapsody”, the song moves from rough seas to calmer waters and back again. The triumphant conclusion puts a satisfying end to the promising beginnings of this young artist.

The ecstasy of music is found in all styles. Pianist Ariane Racicot Soaring is an ecstatic journey and a thrilling first effort for this daring talent. YouTube stardom was just the beginning.

The New Cool airs Fridays at 9 p.m., hosted by Abe Beeson and produced by KNKX Public Radio in Seattle, Washington. LISTEN ON DEMAND