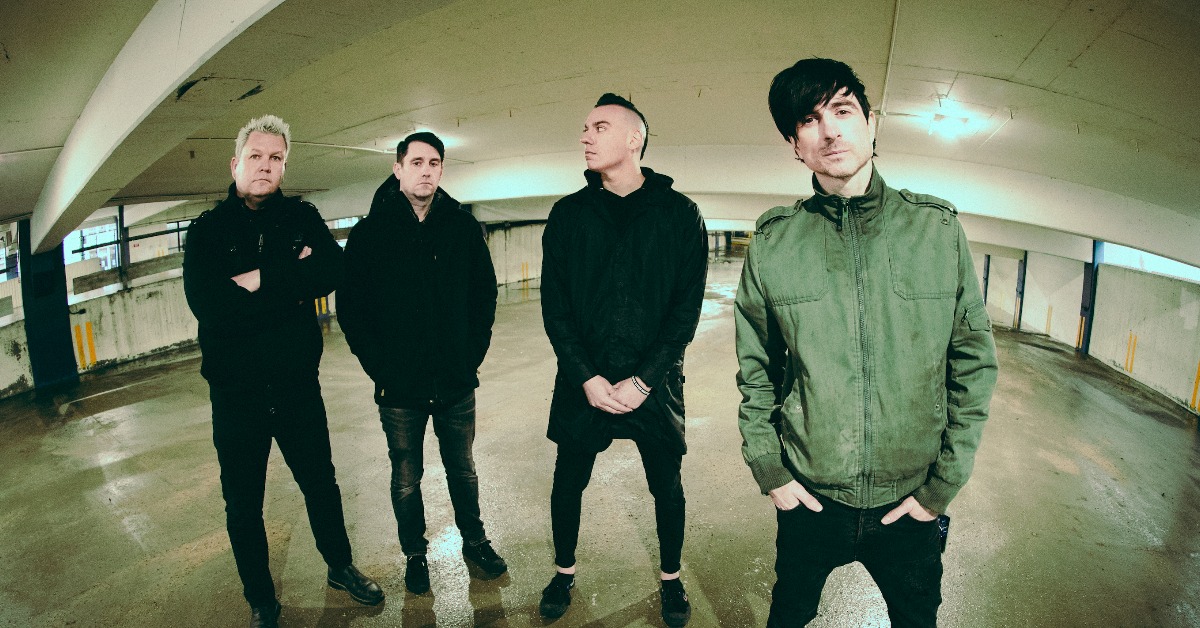 Last month, legendary punk-rockers Anti-Flag announced that their 13th studio album, Lies They Tell Our Children, will be released on January 6, 2023 via Spinefarm Records. Pre-orders for the disc are available here.

Anti-Flag announced the record with the release of “The Fight of Our Lives”, which featured Rise Against’s Tim Mcllarth and Bad Religion’s Brian Baker. The band had also previously released “LAUGH. SHOUT. SMILE. DIE.featuring Shane Told of Silverstein.

Today, the string of high-profile and like-minded artists to feature on their new record continues, as Anti-Flag released a new song titled “IMPERIALISM,” featuring Ashrita Kumar of Pinkshift.

Anti-Flag singer/guitarist Justin Sane’s father, Martin Geever, grew up in post-colonial Southern Ireland. When talking about the British occupation of his homeland and its lingering negative consequences, a phrase that is often repeated is: “Humans are just coming out of the cave”.

He explains, “A cursory glance at imperialism around the world makes it difficult to dispute this assertion, especially when one takes into account the brutality that accompanies imperialism and the havoc it leaves in its wake. Not to mention how often powerful elites justify subjugating and stealing from others to increase their power and wealth.

This song documents the false narrative often put forward by those who wish to validate their imperialist ambitions. Particular attention is paid to ensuring that the occupiers abide by a set of rules they create, ignoring or displacing the rules of international law and human rights, including torture and murder. A particular effort has also been made to emphasize that the occupiers are not interested in the needs or opinions of the occupied.

You cannot crush a city with bombs, kill and terrorize its population and burn it to ashes in order to save it. But these are the tactics and explanations of those with imperial ambitions. Actions speak louder than words, especially when there is a trail of bodies left in the wake of an occupier claiming the violence he perpetrated was perpetrated on the basis of high moral motives.

Musically, there was something important for us to ensure that the future of empathetic and benevolent punk rock was involved. One of our favorite new bands, Pinkshift, is that future. Ashrita had the perfect voice and energy for this song and its intention and we are grateful for her talent and friendship. The accompanying video created by INDECLINE presents itself as a document of the extremely violent, destructive and terrorist nature of war and occupation, wherever it takes place..”