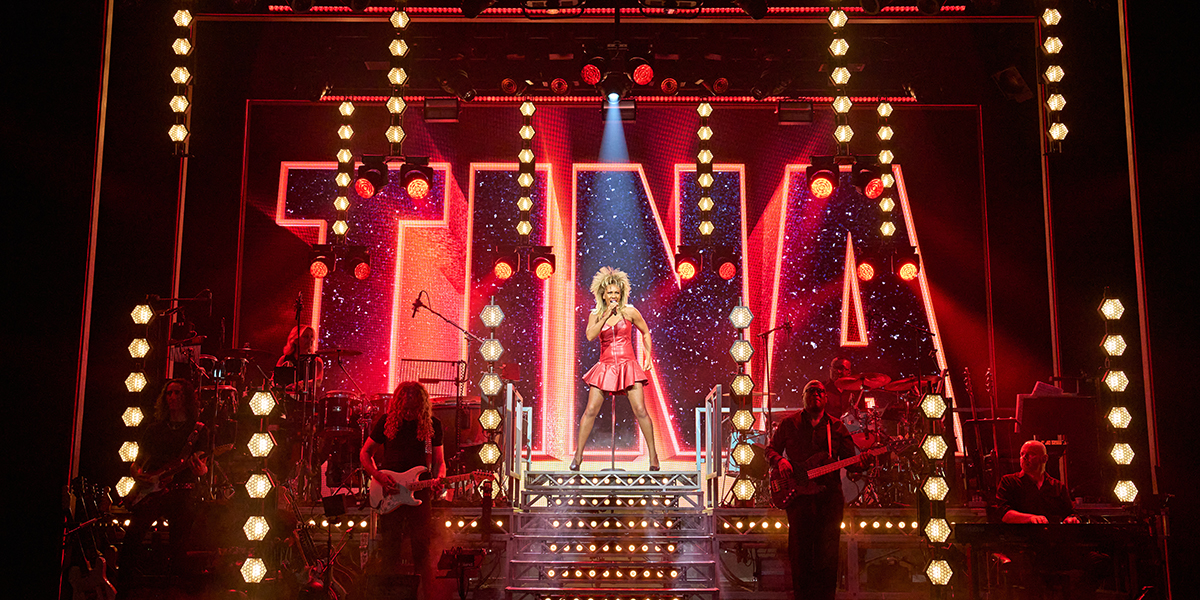 Check the list of songs for Tina – the musical by Tina Turner in the West End.

Tina – The Tina Turner Musical follows the life and career of Anna Mae Bullock, a young woman from Tennessee who grew up to become Tina Turner, the Queen of Rock and Roll. For two and a half hours, the popular jukebox musical immortalizes Turner’s greatest hits story. See Tina Turner songs like “Proud Mary” and “Private Dancer” performed in the West End. When the show ends, you’ll feel like you’re at a Tina Turner concert.

Learn more about the songs of Tina – The Tina Turner Musical and get ready for the best night out in the West End.

Tina – The Tina Turner Musical is at the Aldwych Theatre.

Get out of “Nutbush City Limits” into Tina – The Tina Turner Musical. Tina and Ike Turner’s 1973 song commemorates her childhood in small-town Tennessee. If you are visiting Nutbush, however, there are no true city limits to delineate the rural community of Nutbush. “Nutbush City Limits” opens the musical Tina.

“Do not turn around”

Tina Turner recorded “Don’t Turn Around” in 1986 as the B-side to “Typical Male”. However, you may have heard other artists cover the Tina Turner song: Bonnie Tyler, Neil Diamond and Ace of Base all recorded their own versions in the following years. Make sure you don’t turn around at the Aldwych Theater and see Tina the Musical now.

Listen to the blues single, “The Hunter”, in Tina – The Tina Turner Musical. Albert King first recorded the song in 1967, and two years later Ike and Tina Turner covered “The Hunter” with Grammy-nominated hits.

Ike Turner’s King of Rhythm recorded “Matchbox” for release in 1991. Kenny “Blue” Ray and Mike Sanchez and his band have since covered “Matchbox”. Ike Turner’s “Matchbox” should not be confused with Carl Perkin’s 1957 song of the same name.

“It will work well”

Rose Marie McCoy and Joe Seneca wrote “It’s Gonna Work Out Fine” for Tina and Ike Turner for release in 1961. The record sold over a million copies and went down in duo history. as the first Grammy-nominated song.

Don’t be silly and see Tina – The Tina Turner Musical in London. Tina and Ike Turner’s first song “A Fool in Love” is performed in the musical. The track also made history as Tina’s first professional release.

“Better be good to me”

Listen to the Grammy-winning song, “Better Be Good to Me,” in Tina – The Tina Turner Musical. Spider originally released the song in 1981, but Tina’s thrilling 1985 cover version saw her win Best Female Rock Vocal Performance.

“I want to take you higher”

“Be gentle with me baby”

Listen to Tina Turner’s 1990 rock ballad, “Be Tender with Me Baby” in Tina – The Tina Turner Musical. There are two versions of this song: a 4:18 track and a seven-minute encore recording.

You probably associate “Proud Mary” with Tina Turner. Tina and Ike’s 1971 cover is often considered one of their biggest hits and won the duo a Grammy for Best R&B Vocal Performance by a Group. However, Tina Turner’s “Proud Mary” is a cover version. The Creedence Clearwater Revival first recorded “Proud Mary” in 1969.

“I do not want to fight”

“I can’t stand the rain”

Ann Peeble’s 1973 song, “I Can’t Stand the Rain” is considered one of the greatest songs of all time by the Rolling Stones. Turner covered it a decade later for his fifth studio album, Private Dancer. The song follows a woman who cannot listen to the rain because it reminds her of a former lover.

David Bowie and Tina Turner collaborated on a cover of “Tonight” in 1984. However, you might not know that she recorded the song; Turner is uncredited on the track.

Tina Turner recorded the heartfelt ballad for her studio album, Private Dancer. “What’s love got to do with it?” was Turner’s first and only number one song and won three Grammys: Record of the Year, Song of the Year and Best Female Pop Vocal Performance.

“We Don’t Need Another Hero (Thunderdome)”

Welcome to the Thunderdome! Turner recorded this song for the 1985 film, Mad Max Beyond. In the original song, the choir group from King’s House School in Richmond features. But if you listen to the song in Tina the Musicalyou will hear the whole company.

We save the best for last! Bonnie Tyler first recorded the song in 1988, but “The Best” gained popularity thanks to the Tina Turner cover. Tina’s cover features a new key change, so it differs from the original track. Turner then covered “The Best” alongside Australian singer Jimmy Barnes. See “The Best” performed in Tina – Tina Turner’s Musical.