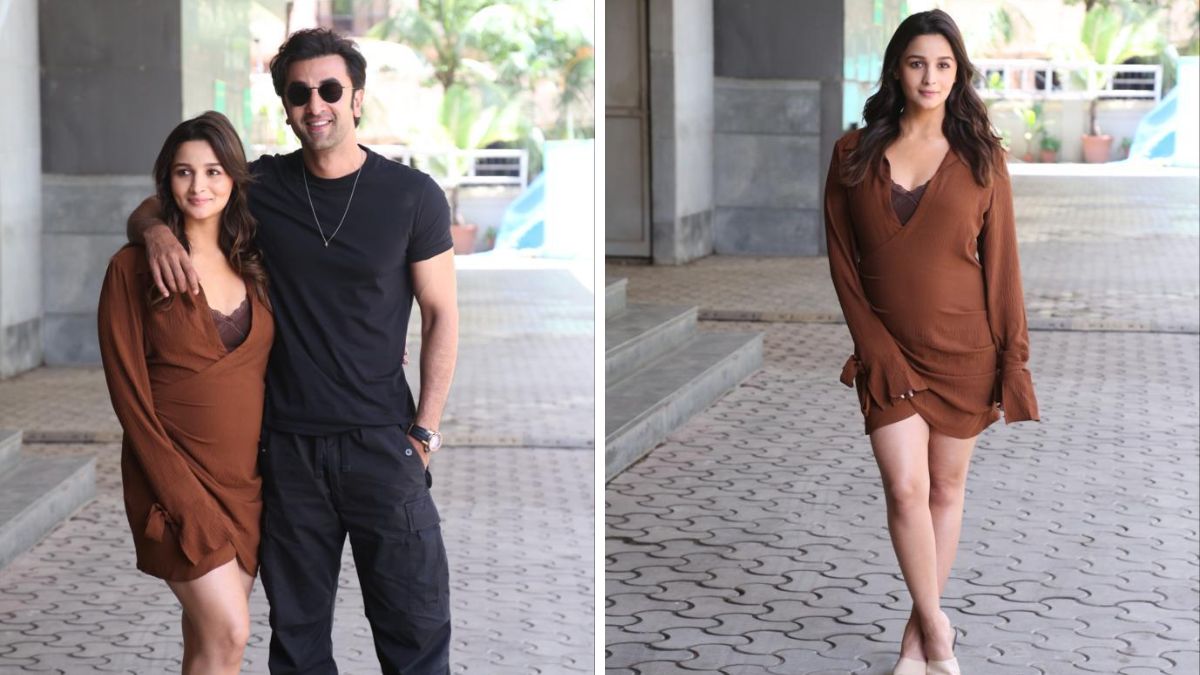 Parents-to-be Alia Bhatt and Ranbir Kapoor have finally kicked off promotion for their highly anticipated movie Brahmastra. The couple recently made a media appearance where Alia can be seen showing off her baby bump while Ranbir posed next to her. Later, the pair were joined by the film’s director Ayan Mukerji for a preview launch of the song.

However, this isn’t the first time Alia has been seen following the announcement of her pregnancy. The actress has been spotted promoting her film Darlings several times, but the actress has been spotted wearing baggy attire. However, this time Alia was seen in a short brown dress, showing off her baby bump for the first time. In order to make the look more chic, Alia paired the outfit with two-tone heels. Meanwhile, Ranbir looked dapper in the black casual outfits.

After a long time, the couple were spotted together and received adorable couple photos.

Speaking of the Brahmastra movie, so the first song from the movie ‘Kesariya’ has already been released. The song is sung by Arjit Singh. The film is highly anticipated by audiences and also stars megastar Amitabh Bachchan.

Besides Kesariya, Ayan Mukerji unveiled the teaser for the second song, titled Deva Deva. The director also explained the meaning of the song. The video begins with Shiva of Ranbir praying to God. The actor can further be seen explaining the meaning of the light to his love interest Isah (the character played by Alia Bhatt).

“It’s what protects us from darkness,” Ranbir told Alia in the video.

Sharing the video, Ayan wrote, “DEVA DEVA Teaser. (And the rest – released next Monday – Lord Shiva’s Day) Deva Deva – was the first song to be composed for Brahmastra, capturing Shiva’s soul journey right away in the film! It’s given me so much energy and joy over the time he’s been with us…And I can’t wait to finally share the feeling of this song with everyone – August 8th.”

Meanwhile, Brahmastra hits the big screen on September 9. The film will be released in Hindi, Tamil, Telugu, Malayalam and Kannada.