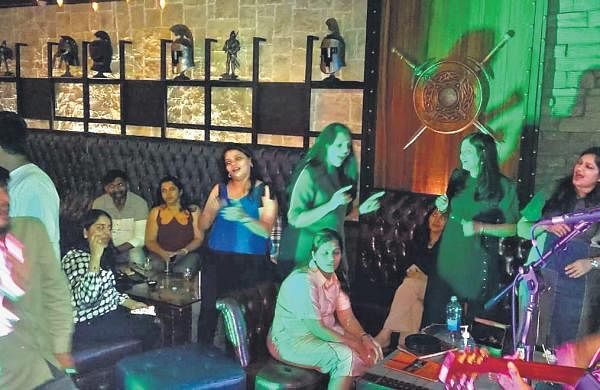 CHENNAI: A few decades ago, we placed radios on coffee tables, kitchen platforms, bedside cabinets and enjoyed the classic melodies that cassettes and radio channels had to offer. Shortly after, the CD and then the smartphone took over, giving us the collection of world music at our fingertips. But no matter how clever the technology, we always returned to those classic tunes, enjoying the nostalgia that accompanied every note.

On the nostalgia train, and to celebrate a few new favorites that made his list, musician Aditya Goswami, along with percussionist Deepak Garg, is set to take the stage at Lords’ Indoors and celebrate the best of Bollywood on June 26 . As he prepares for the big night, he told us about his special plans for World Music Day.

Could you tell us about what we can expect from the show in relation to the Fête de la Musique?
It’s a 2h30 show that will run from 9:30pm to midnight. We will mainly sing Bollywood songs, but they will cross different decades and artists. For the 90s we are doing songs by AR Rahman, Kumar Sanu, Alka Yagnik and Udit Narayan, for the 2000s it will be KK, Shaan and Sonu Nigam, then some songs from that era as well. So even if you are 19 or 60 there is something for you. It’s going to be a nostalgic rollercoaster night.

How did you prepare your set list?
We made sure that the early decades (90s and 2000s) and more recent ones have the same importance. There are enough songs of both types of music. I think all the songs I’m going to perform are my favorites. Basically, what we plan is to bring audiences of all ages to come and celebrate the euphoria of World Music Day with us.

So, since you perform music from the 90s to today, which era do you think is the best for music?
Early 2000s, I think. I admire a lot of singers from that era, like KK, Shaan and Sonu Nigam. I think back then the music was still in touch with its roots and the audio retention was way more important. People were ready to listen to a five-minute song. That moment and the vibe was what people needed back then.

As it’s the Fête de la Musique, could you tell us what music means to you and how has it influenced you?
It means everything to me. Music is not just a hobby or an art form, but a way of life that you should follow. I have another kind of (wouldn’t call it love or obsession)… but it was just a schoolboy dream and all he wanted to do was get on stage and play. It didn’t matter where, how, how big the stage or the audience was. The way they say “If you really want something, the universe manifests it.” I think something like this is happening, but there’s still a long way to go.

What I believe about music is that wherever music spreads, harmony automatically settles there. As artists, we perform because it connects people to music. Someone living in New York and someone in Chennai can connect with this favorite song. They may not even know the language, but they will bond with the music. I know people who came to my concerts and became friends. Music brings people together naturally. This is the power of music.

How did your interest in music start and evolve?
I always wanted to make music. It started in school when I got my guitar. I realized that’s what I’m going to do.

What was studying at the KM College of Music and Technology (established by the AR Rahman Foundation) like?
I was studying Western classical singing. It’s a unique experience when you’re in a music college because it’s not like (all the other colleges). You share knowledge and experience music together.

I have played a lot in Chennai lately, for the past 1.5 years. I have been a professional for 10 years. I started very early at the age of 16-17, when I was doing concerts with my band. I came to Chennai to learn in AR Rahman’s conservatory and gain a broader perspective of music. After coming here, the scenario was different for me. I must have heard music that I hadn’t listened to before. Carnatic music and South Indian music have a rich culture. Overall, I’m still learning new things. It will take a lifetime to fully learn.

Do you have a favorite music or artists?
It’s very difficult to say that a particular song is my favorite. I don’t see songs like that. There will be a song I listen to after 10 years, like Lag Jaa Gale. We still perform this song and 90% of other singers do it too. Because the melody and rawness of the composition are still relevant. Every genre of music has its time. Some songs are just lingering no matter when you listen to them.

Aditya Goswami will perform at Lords’ Indoors on June 26 from 9.30pm.