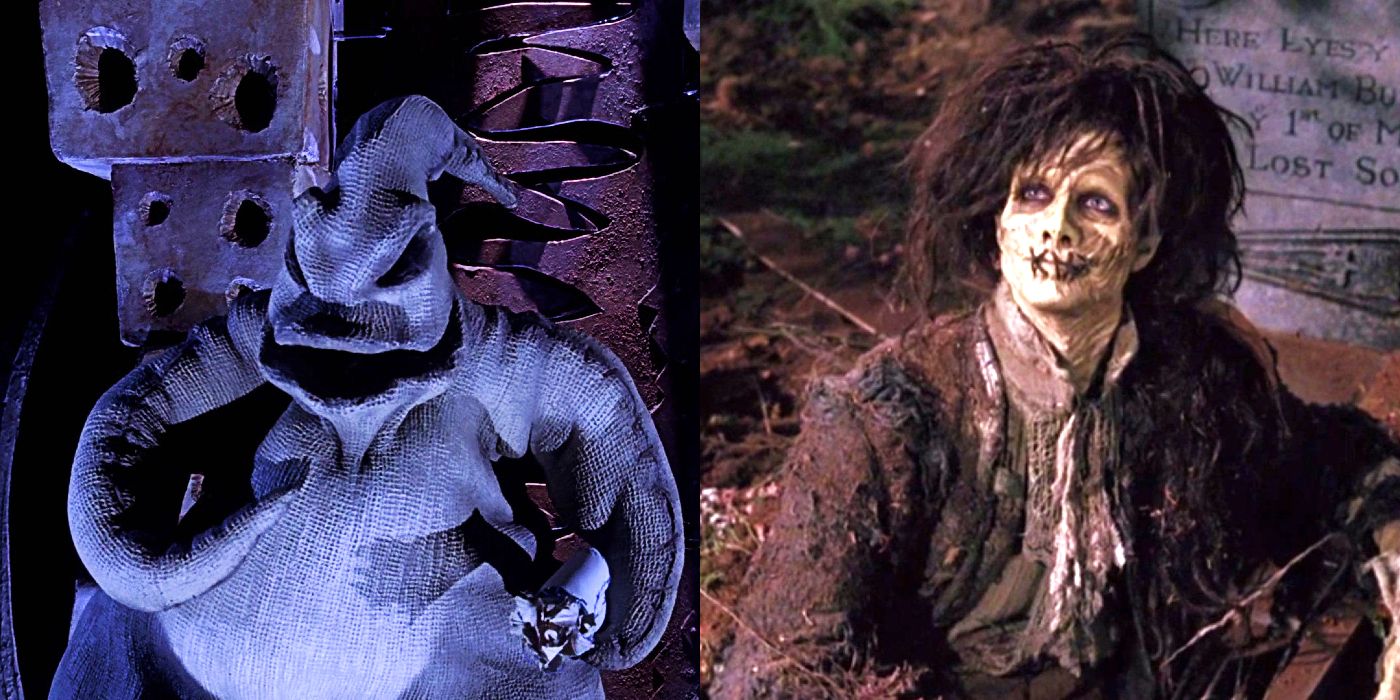 When it comes to monsters, Disney usually has a cute and cuddly variety rather than the ones you might find in real horror movies. That being said, House of the Mouse is no stranger to creating some truly spooky creatures for some of the entries in its vast library of films.

Mike, Sully and the other characters Monsters Inc. will always be among the studio’s most beloved monsters, but Disney is certainly no stranger to those who keep a few viewers awake at night. From reanimated corpses to underworld minions, the studio knows how to hand out truly creepy nightmare fuel.

At its core, Sparky really isn’t a scary monster. On the contrary, he’s as loving and loyal as any loyal Disney animated canine companion could be. What earns him a place among the spookiest Disney monsters is the oft-forgotten fact that, despite his pleasant demeanor, he’s still a reanimated corpse made up of dog parts sewn together.

Sparky might be the sweetest, most cuddly thing in the world, but that still doesn’t negate the fact that it was cobbled together from dead tissue. Victor might have had the best of intentions, but it remains true that he meddled with the forces of life and death to create Sparky, which is terrifying in itself.

Since Disney Hocus pocus has become a beloved Halloween classic, it’s more than likely that Billy Butcherson was many children’s first zombie. Nostalgia aside, Billy was still a pretty solid example of the living dead. Like Sparky, he might not be a villain, but he was still pretty horrible, especially after that time with the moths.

Actor Doug Jones has a unique knack for playing monsters, and this is perfectly demonstrated by the way he moves, messes up, and expresses the eccentric personality of Billy Butcherson. This isn’t George Romero’s territory, but it’s still an ominous taste of the zombie genre.

Oogie Boogie (The Nightmare Before Christmas)

A bag of bugs singing jazz might not be the scariest thing in the world, but when that concept takes the form of an evil monster who literally wants to turn Santa into a snake and spider stew , it gets really scary very quickly. The stop-motion animation only enhances the effect.

Oogie Boogie is one of the most underrated Disney villains, even if he isn’t exactly the most vicious. Still, a walking, talking burlap bag full of spiders, snakes, and other creepy critters may not be right for some viewers.

The Headless Horseman (The Adventures of Ichabod and Mr. Toad)

Not just the precise adaptation of Disney The legend of Sleepy Hollow probably the first version of the story that most people are exposed to, but it’s also one of the best. Of course, no version of Washington Irving’s classic ghost story would be complete without the infamous Headless Horseman. Needless to say, Disney is pretty scary.

Sometimes less is more, and the Headless Horseman is a shining example. Hidden in dark shadows and hues, and accompanied by evil laughter, his fearsome form remains hidden until the moment is right. The designers and animators at Disney went the extra mile with the gruesome details giving this character a terrifying life.

The Horned King (The Black Cauldron)

If there’s one thing most viewers take away The Black Cauldron, it is the absolute nightmare that is the Horned King. Essentially a standard issue lich found in a number of Dungeons and Dragons Modules, the evil necromancer chilled young viewers to the bone at the film’s premiere.

RELATED: 15 Baddest Disney Villains (& The Worst Thing They Ever Done)

While he certainly isn’t the only scary element in the film, the Horned King is by far the scariest. Pair him with his bloodthirsty Gwythaints and Cauldron-Born army, and he’s got the makings of a Army of Darkness following.

Maleficent is easily the queen of Disney’s villain list, but her famous dragon form is perhaps her greatest asset and identifying trait. The black and purple dragon has practically become a symbol of both the character and The Sleeping Beauty as a whole, but its reputation does not end there.

Of his presence in Disneyland’s Fantasmic and a whole host of other Halloween-themed events and specials, there’s no denying that Maleficent’s dragon is iconic. There is certainly something to be said for Mistress of All Evil’s delightfully draconic career.

Watch Pixar Upside down is a surreal experience, and this is exceptionally clear in the Dream Productions sequence. What viewers probably don’t expect is the appearance of a giant, bizarre clown chasing him when Joy, Sadness, and Bingbong find him locked in Riley’s nightmares.

He’s not Pennywise, but Jangles is definitely a little intimidating compared to what Pixar has posted previously. It’s easy to understand how a young girl could be absolutely terrified of this painted creep.

The “Night on Bald Mountain” sequence in the Disney classic Fancy is one of the scariest moments of all of the studio’s movies. Considering that the musical score was inspired by Walpurgis’ night, spirits and demons, and visions of hellish hell, it’s no wonder the animation is so effective and terrifying.

The star of the show is Chernabog, or Satan in the original version, who summons his Dark Servants as he opens his wings as the music swells with openings of dark power. What happens is a series of gruesome images featuring demons, skeletons, evil spirits, and the creepy face of this sneaky devil.

NEXT: 25 Best Disney Villains Of All Time, Ranked

Zach Gass is a writer from eastern Tennessee who enjoys everything Disney, Star Wars, and Marvel. When not writing for Screen Rant, Zach is an active member of his community theater, enjoys a variety of writers including Neil Gaiman, CS Lewis and JRR Tolkein, and is a proud and active retro-gamer.